written by Valerie, Mom Knows It All
13 comments
FacebookTwitterPinterestEmail

Today is World Down Syndrome Day 2018! 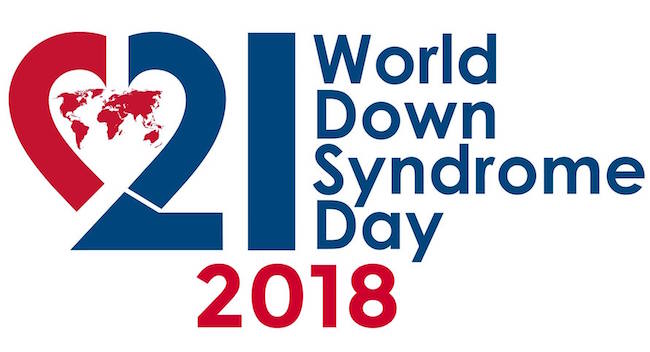 Why is World Down Syndrome Day celebrated on March 21?

I’d like to share a touching video that really resonates with me. This video brings tears to my eyes each time I see it. The video shows 50 mothers and their children lip sync singing along to Christina Perri’s smash hit “A Thousand Years”. The women are all members of a Facebook group known as “Designer Genes” that was created for parents who have a child with Down’s Syndrome born in 2013/14. The video descripion states “They got together to show the world just how ordinary and fun life with the condition is and how they “Wouldn’t Change a Thing”.

I wouldn’t change a thing about my youngest son.

I didn’t know that my youngest son was going to have Down syndrome before birth. Had I known I wouldn’t have changed a thing, but that’s a different discussion for a different day.

My son is everything I never knew that I wanted or needed.  He has made me a better woman, a better mother, a better advocate and a better person all around. He has given me so many things that I didn’t know that I was looking for or missing. My life is better because of him and I cannot imagine life without him.

I love him with every fiber of my being. Being a parent of a child with Down syndrome does have its challenges but it’s worth it and I wouldn’t change a thing about him.

What I would change are some things about the world and people in it. You see, for me every day is World Down Syndrome Day. Every day I fight for my son. It can be ugly and bloody and it can hurt like hell. But I will never let it break me and I won’t let up until I’m dead.

I’d change the world to be a place where my son would be treated like a person and not like a condition. My son is a person, he is not his diagnosis.

I’d change the world to be an accepting place where my son wouldn’t be ignored or stared at like a freak. My son’s speech may not be perfect but he does have a lot to say.

I’d change the world to a place where my son wouldn’t be judged by how he looks or what his abilities are. He has potential and can do many things.

I’d change the world to be a place where the parents will teach their children that everyone deserves to be treated with respect and as a human being, and that disrespect, bullying and creulty are unacceptable and not to be tolerated.

I’d change the world to be a place where people don’t use the word retarded around casually, without care that they aren’t using it correctly and that they are hurting others by using it that way.

Should you have an interest, some of my favorite older posts were also published on World Down Syndrome Day. Be sure to check them out! Really, check them out, the pictures will get you I promise.

2001 – World Down Syndrome Day Is Today For You And Every Day For Me.

2014 – The Battle For Something Beautiful

Wondering how you can make a difference? It’s easy. 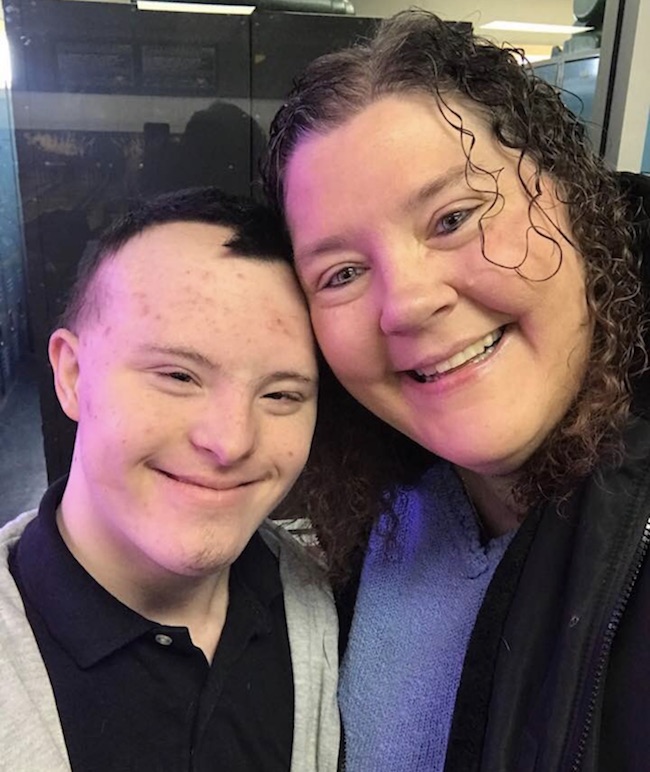 My kids got to “Rock their Socks” at school today in honor of World Down Syndrome day! Your son is a handsome young man!

Thank you and your boys for rocking their socks! 🙂

I’m always fascinated how those who live with diversity see the world, and also enrich it- we can all learn a little something from not only being tolerant, but willing to learn. This is a great day to celebrate!

I just love that video. And it makes me smile knowing that your son has someone amazing like you in his corner.

I have volunteered at Special Olympics before and it was one of the best days I had ever! Those kids are SO sweet and they just love everyone! I am glad there is a day like this!

It is so great that they have a day to celebrate all the people with Down’s syndrome. That is a sweet picture of you two. Hope you enjoyed the day.

I love this sooo much! I studied special ed in college and spent many years coaching Special Olympians! I’m so thrilled that there is a day to celebrate the many amazing people with Down Syndrome as they deserve to be celebrated! They are some of the most incredible people I have ever had the privilege of meeting!!!

You were blessed to be this boy’s mom! I have a child with a syndrome too, and I consider myself blessed as well.

What a beautiful video. My cousin’s daughter has Down syndrome. She is such a precious child and we love her to bits.

Such a beautiful video! I’m so glad that you posted this – it’s so important to take a day to focus on Down Syndrome. I recently got to interview Madeline Stuart for an article, the world’s first model with Down Syndrome and she was truly an inspiration to me. You are such an amazing mom and your son is so handsome!

Your son was blessed to have you! Such a beautiful post! Loved reading it!

I saw this video the other day in my YouTube feed. It was trending and we had to see it. So touching and glad it was randomly in our feed.

OMG I love the reasoning behind why World DS Day is on March 21st!!