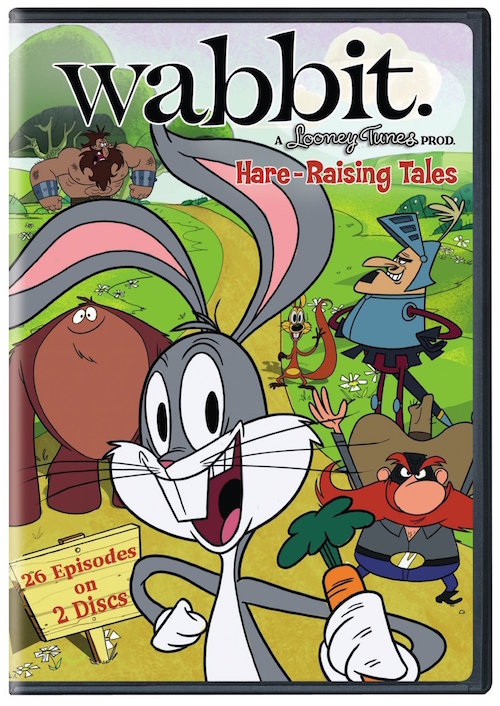 In 2015 a big surprise for Looney Tunes came when Wabbit premiered on Cartoon Network and Boomerang. What followed was critical acclaim and high ratings which it is truly deserving of. This has got to be Warner’s best Looney Tunes show yet!

As you probably guess, the show follows the further adventures of Bugs Bunny (voiced once again by Jeff Bergman) using his sense of humor and comedic ability to stymy his enemies and at tackling situations. Some things ring true as we remember (if you are an ‘older’ fan) like dealing with Yosemite Sam and Wile E. Coyote on an occasional basis. The things that you will notice that are different are the fact that Bugs has 2 new friends; Squeaks the Squirrel and Bigfoot. Who in an odd way reminds me of the red monster character Gossamer.

(Animator Chuck Jones introduced the monster character in the 1946 cartoon Hair-Raising Hare. In it, Bugs Bunny is lured to the lair of a mad scientist (who resembles Peter Lorre) as food for Gossamer.

Due to the fact that wabbit is now in the 21st century, you will notice some of today’s technology like a smartphone appearing here and there. Also new villains, such as Carl the Grim Rabbit, French fox spy Claudette Dupri and Vera the Vulture. Although I am partial to the characters from when I was a little kid, these new characters just add to the fun . wabbit also includes Bugs and the classic shorts we all know and love.

This is the first time Wabbit Hare-Raising Tales has come to DVD. It has over 4 hours of fun which includes 26 episodes on 2 discs. You an also keep up with this show on Cartoon Network.

I also know this will not be the last as this shows as being Season 1, Part 1. You can pre-order on Amazon. This title will release on April 26, 2016.

Bugs Bunny, one of the world’s most popular cartoon characters, returns to entertain viewers with Wabbit, a new animated series set for release on April 26, 2016 from Warner Bros., Home Entertainment, (WBHE). The hilarious, heroic and mischevious bunny cartoon lovers adore is back in a new modern comedy series featuring cutting-edge animation, clever storylines and endearing new characters that will capture the hearts of Looney Tunes fans of all ages. Titled Wabbit: A Looney Tunes Production Season 1 Part 1, this release will feature 26 episodes on a two-disc set and will retail for $19.97 SRP. 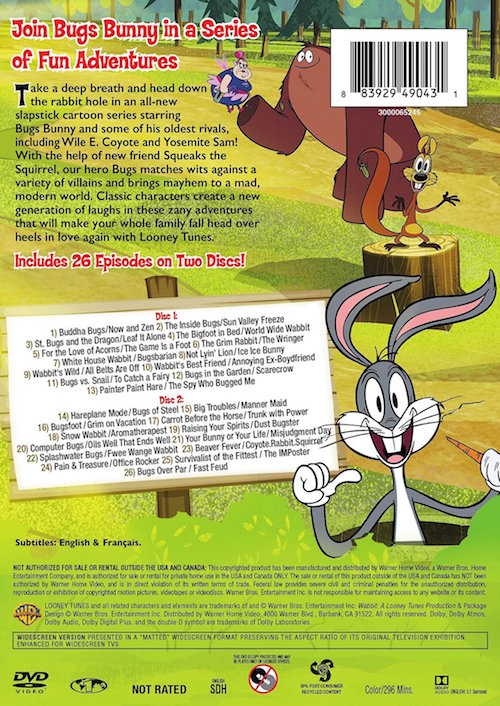 This is awesome! Growing up I loved Bugs Bunny – it’ll be fun to see what they’re doing with the new 21st century and how they incorporate things like today’s technology into it!

I dont think you can ever go wrong with classics like Bugs Bunny! Glad he is still around for today’s generation!

Oh my! I grew up with Bugs Bunny and so did my kids. I think it’s time my grandkids get to know the wabbit!

I am loving the artwork in this DVD- It’s fun to see a modern interpretation of such beloved characters. This really reminds me of the Rocky and Bullwinkle show 🙂

You can’t beat Bugs Bunny. I am glad this is available so my kids can enjoy it as much as I did when I was younger.

This looks like such a cute movie. I love Looney Tunes a lot so bet I would love this film!