I am a member of the Restaurant.com #ReviewCrew. I received a gift certificate to help facilitate this post. I chose what restaurant to go to. Please note that, as always, any personal opinions reflected are my own and have not been influenced in any way. 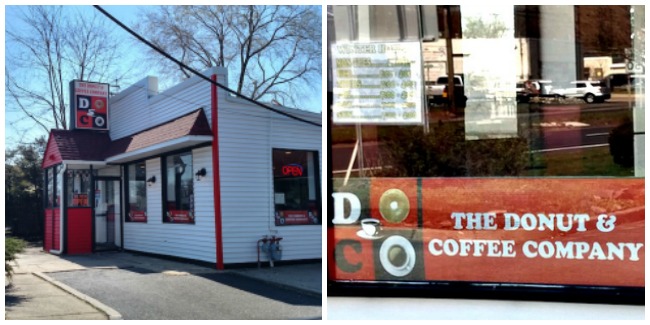 I had a lot of semi-local travel last week and found myself wondering what there was to eat in that area. I opened up my Restaurant.com app and took a look. Since I was out and about earlier rather than later, I wanted to find a place to grab some breakfast. I saw DOCO The Donut & Coffee Company listed and it intrigued me. I like donuts. And when I say I like donuts, I mean I love them, as long as they’re real donuts from a donut shop and not a box in a store. And so I decided to check it out. And found it I did, tucked away in a small building on a busy Monmouth County highway. 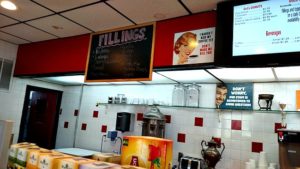 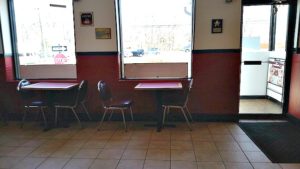 I had never been there or heard of it before. What an interesting little place it is. The donuts are not premade. Instead, they are made right there in front of you. 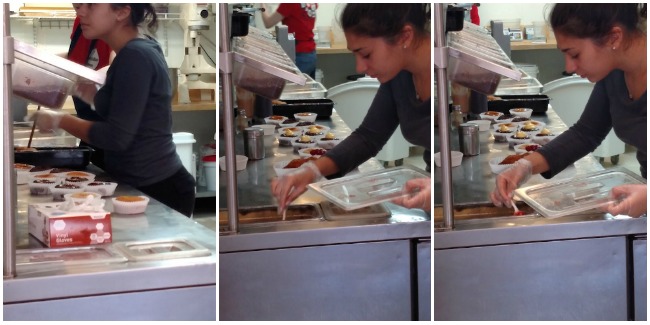 Literally in front of you. You look at the menu and let them know what you want and they make it right then and there. 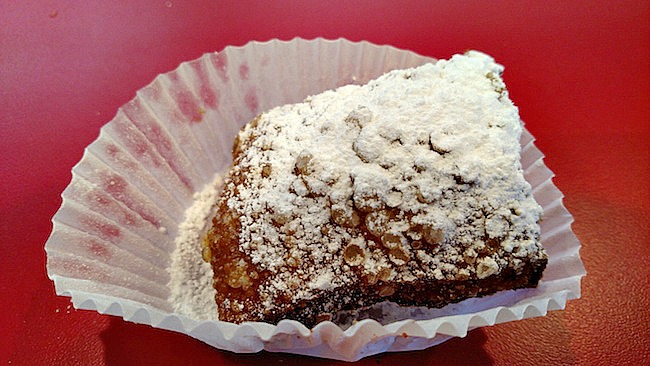 As I was making my choices I saw beignets on the menu. I hadn’t had a beignet since I visited New Orleans as a teen, back in the late 70s. Beignets must be warm, so I started with that. I snacked on it while pondering what donuts I was going to get. 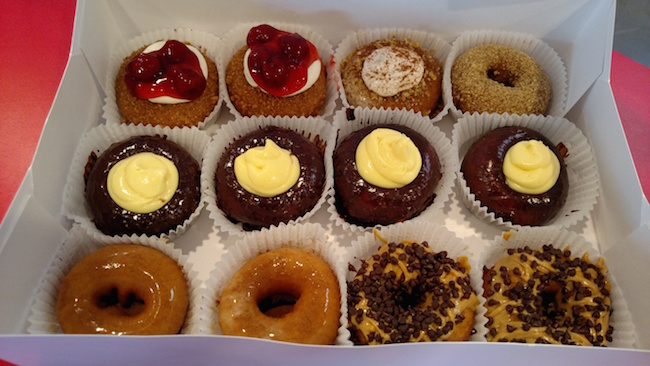 The two young ladies behind the counter waited patiently while I made up my mind. They were helpful and answered the few questions I had. I ordered several types of donuts – cherry cheesecake, boston cream, french toast, chocolate peanut butter, lemon graham and cinnamon sugar. Before long I was presented with my box of yum. 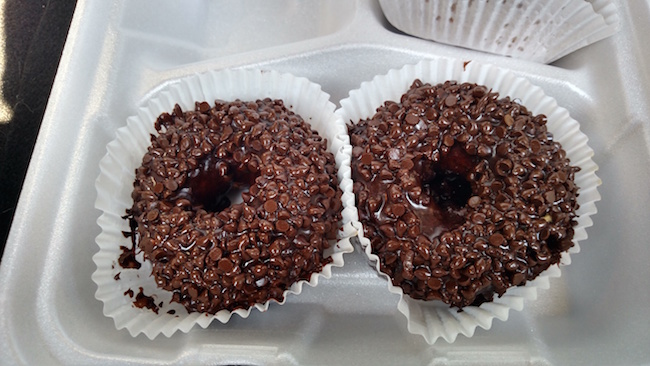 I even had two donuts specially made for my oldest. Double chocolate. So much chocolate I had to literally catch myself from drooling. 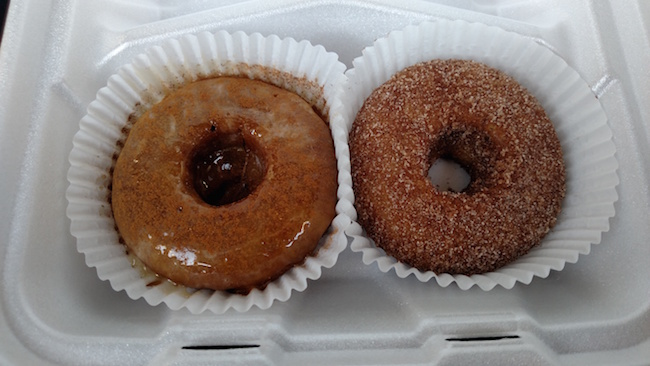 While in the shop I noticed a group of donuts on the counter in a separate area. I asked what they were and learned they were gluten-free. Generally they wouldn’t have had that many but someone didn’t pick up what they’d ordered. Their loss was certainly my gain. Gluten-free donuts you find in a grocery store freezer are not generally what I would call fresh and delicious tasting. Which is sad considering how expensive they can be. I requested two of the gluten-free donuts (one french toast and one cinnamon sugar), to bring home to my youngest. 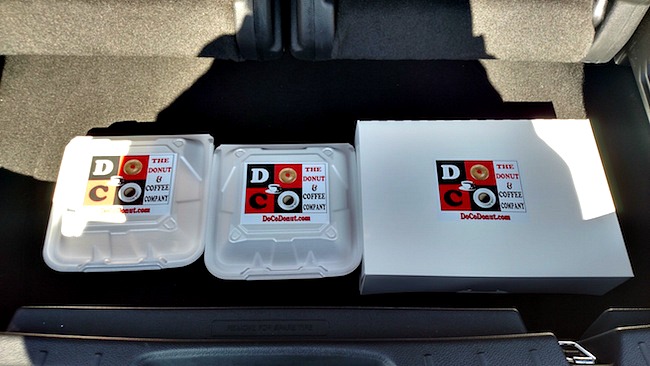 I tucked my newly acquired treats safely in the bad of the car. The car smelled so good I almost wished I could sit way in the back with them. Not that they would have made it home if I had done that… 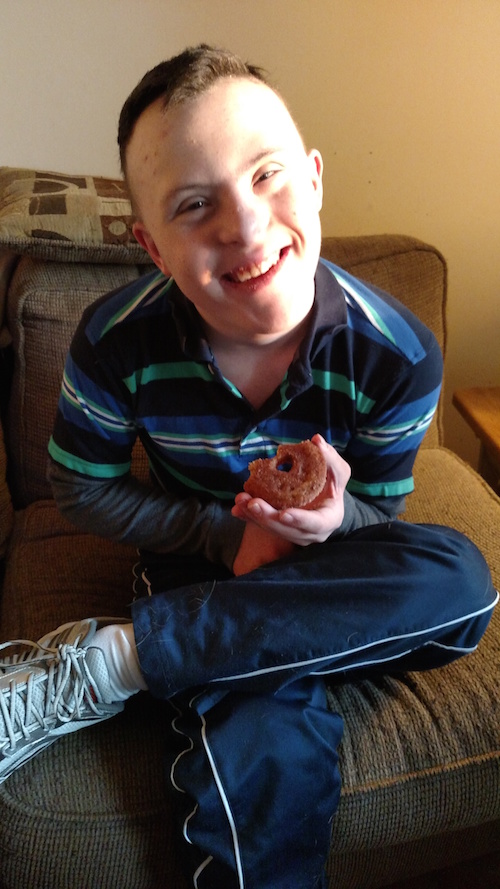 My son was very excited when he saw the donuts. He asked for one immediately. I gave him the gluten-free french toast donut. He giggled a little when his fingers got sticky. But the stickyness only seemed to make the donuts taste even better. He had a huge smile on his face the whole time he ate that donut. Before I knew it, the donut was gone and he asked for more. I gave him the gluten-free cinnamon sugar donut. He enjoyed that donut as much as he had the first one. 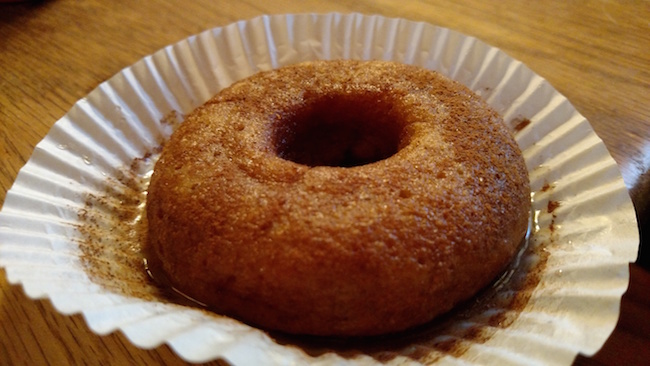 I was ready for another donut by that time as well. I had a regular French Toast donut. It was delicious. I love French toast and really enjoyed the flavor and texture of the donut, right down to the sticky syrup.

If you’re in the Monmouth County area and find yourself looking for some donuts, breakfast or just a little sweet treat, be sure to check out DOCO The Donut & Coffee Company. You won’t be disappointed. 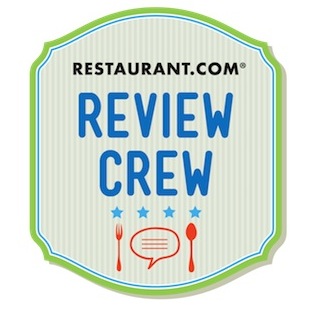 Oh my goodness, these all look so delicious! What a great place to have nearby. Love that they make the donuts while you are there, how super fresh!

Talk about sweetness overload!! I wish I had one near me!

Thanks. Must check these out.

All those donuts look and sound delicious! I will have to check out this place if I am ever in the area again!

I had my first beignet recently and I tell you, I felt like I was at the fair. I appreciate a good donut shop and this looks like a fun location.

I love fresh warm donuts, and that looks like a great place. Love finding those tiny gems while out wandering.

I love that they make them right then and there. I’ve never seen that happen, but it’s def. cool. Love the flavors you picked. I think the Boston Cream would be my fave. Extra bonus that they had fresh GF’s!! I like restaurant.com because it does get you out and about and learning about new restaurants.