Synopsis – “Your favorite ICE AGE heroes are back and cooler than ever in this all-new animated adventure that’s mammoth-sized fun for the whole family! Scrat’s epic pursuit of the elusive acorn catapults him into the universe, where he accidentally triggers a series of cosmic events that threaten the Ice Age world. Now the entire herd—including Buck, Manny, Ellie, Sid and Diego—must work together on a hilarious journey filled with nonstop action and colorful new characters, in order to survive the global Scrat-tastrophe!”

Ice Age: Collision Course is the fifth movie in the Ice Age series. It just came out on blu-ray on October 11th and I had the chance to review it.

First of all, anytime you have more than two movies in a series, you will hear lots of complaints. The movie is made for kids primarily, and kids are going to love it. The most critical of sequels are usually teens and adults.

That said, I have decided I am never going to grow up! I love the Ice Age movies and this one was another good one. It was funny and just a little dramatic.

The acorn-seeking squirrel, Scrat, sets off some cataclysmic events in space with his acorn antics this time and it looks like it could be the end of the world! Manny’s daughter, Peaches is getting married, Sid is planning the wedding, and all of our old favorite characters have to figure out how to save the world!

It’s a great movie for some laughs with your family! 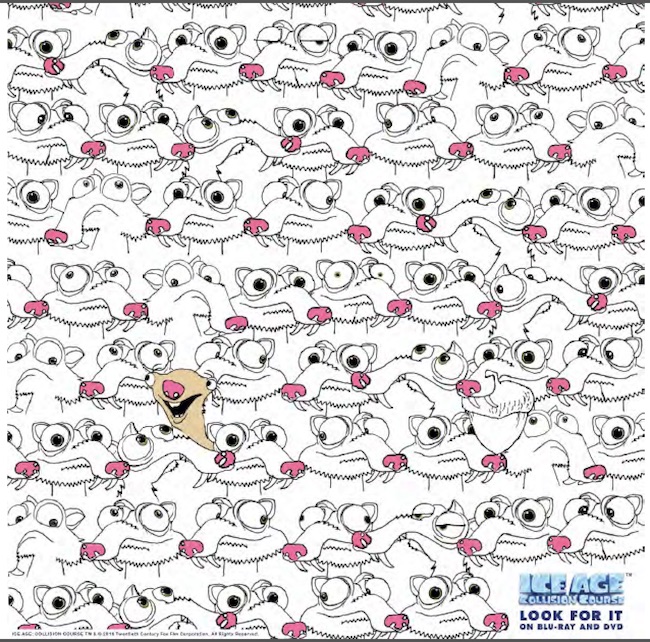 I have a love/hate relationship with the Ice Age movies. I like them, but I hate it when the adult humor sneaks in. I’m perfectly happy if they are just for the kids. That means the whole family can watch a good, clean movie. This sounds like a good one.

My kids love these movies! They always get some great laughs with my kids, and they will love the activity sheets. Thank you!

My kids are big fans of the Ice Age series, so they are anxious to see this new release. They also appreciate the ability to do some activity sheets before or after the movie.