This is a sponsored post. Please note that, as always, any personal opinions reflected in this post are my own and have not been influenced by the sponsor in any way.

Thanksgiving has come and gone. A day where we give thanks for what we have leads us head first into a season full of shopping and preparing for the holidays. “Giving Tuesday” leads the way into the busy season. “Giving Tuesday” combines philanthropy and service in an effort to encourage people to give back.

Some of the conditions served include: 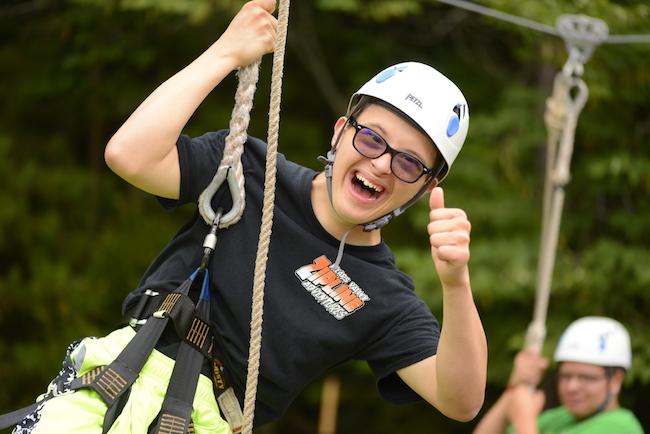 Located on 84 acres in Randleman, North Carolina, the Victory Junction camp experience is available to children ages six to 16, always at no cost to campers or their families. It is a 501(c)(3) not for profit charity supported through the generosity of individual, corporate and foundation donations. Founded in 2004 by the Petty family in honor of Adam Petty, Victory Junction has served more than 22,000 campers since it opened. It is accredited by the American Camping Association and a member of SeriousFun Children’s Network, founded by Paul Newman.

As part of the national social media event “Giving Tuesday” on November 29, Victory Junction will accept donations to help more kids experience a life-changing week at camp – always at no cost to the camper or their families. Donations made this year on “giving Tuesday” will have extra special meaning. This year, for donations received on “Giving Tuesday,” an anonymous donor has agreed to match up to $10,000.

My youngest son has special needs. For many years, he wasn’t able to go to camp as many traditional children are. This is not uncommon for children living with chronic medical conditions or serious illness. Victory Junction believes that every child, no matter their illness or diagnosis, should enjoy normal childhood experiences. Some folks may not fully understand the benefits that going to camp can offer. These three stats are pretty telling. 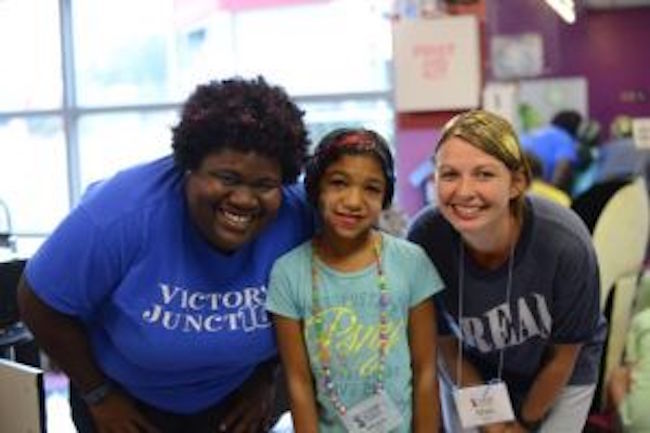 The story of Camp Counselor + Former Camper Starr shows how much value she placed in her experience at Victory Junction.

The sun is scorching, and the pavement is hot—but counselors find comfort in the shade while campers prepare to zipline. As Starr’s camper steps up to the zipline platform, she cheers words of encouragement.

Starr will stop at nothing to ensure that her campers are given a week of magic and adventure. In 2004, when Victory Junction began their mission to change lives, Starr was among the first sets of campers that summer. When she arrived, however, campus was nothing like she expected.

“I didn’t think it was a camp,” she said. “When I came here, all of the buildings were air conditioned, there were pavements, no dirt roads and it was all clean. To me, this wasn’t a camp.”

Even though Victory Junction might not have old-fashioned cabins with dirty bathrooms and old cots, Starr was challenged to step outside of her comfort zone.
“I was not very social, but when I came here, I met a lot of people who were experiencing the same things I was,” she says. “I became very social at this camp.”

Her transformative journey as a camper inspired her to return and help children like her grow to be more resilient. In 2008—after aging out of the camp—Starr returned as a volunteer, and for the last three summers, she has been working as counselor.

“I love it. I’ve been here for a while, but I get a new experience every time I come,” she says. “I don’t get complacent; there is always something to learn here because it is so magical.”
Transitioning from camper to counselor has taught Starr about what it means to be humble and dedicated.

“Working here, I have learned a lot about humility,” Starr says. “Nothing comes easy, but if you put in the effort, you will get what you want. If you want to achieve something, you have to work for it.”

One of Starr’s favorite aspects of camps is seeing the growth in returning campers she has counseled.

“I love it when campers from previous years tell me something new that they did. They’re super excited, and I feel honored to be the person they come to,” she says. “They know and love me enough to share their new experiences and achievements with me.”

Through her years of experience, Starr has helped provide campers with life-changing moments and memories that will empower and encourage them to be the best they can be. She has seen many campers develop into stronger individuals and has heard their stories of achievement and success. She believes there is no place like Victory Junction.

“We have the most compassionate, caring and qualified medical professionals working here. We have the most selfless, loving counselors who give up their whole summer to give campers the best summer of their lives,” Starr says.

There isn’t much Starr doesn’t know when it comes to Victory Junction. However, explaining how important the camp is to her and countless others, is something she is still learning how to do.

“From the outside in, you can’t understand it—but from the inside out, you can’t explain it,” she says. “You can show people pictures and DVDs, but they won’t understand the love that is here until they experience it.”

And Starr isn’t the only one who will never forget her experience at Victory Junction. Take a look at what some other campers had to say. 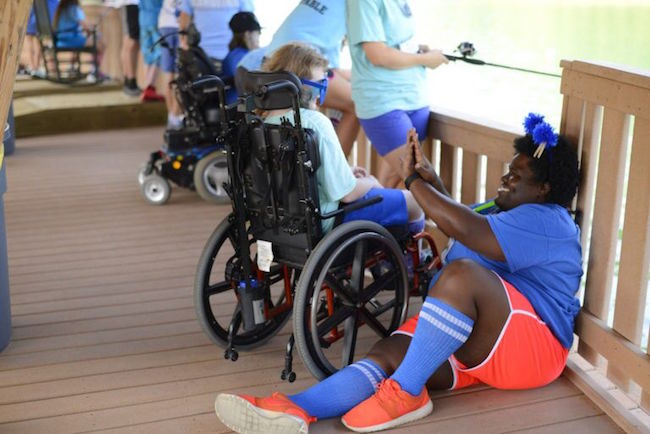 “I was diagnosed a few months ago and this was the first time I was able to forget about my illness.” -Emma, 16

“If I could change one thing about the world, I would make VictoryJunction bigger so more people could come to camp.” – Zoe, 10

“It makes me the happiest when I get the chance to come to this camp.”   -Chloe, 9

“Victory junction means a lot to me…I have more fun than I’ve ever had in my life.” – Delton, 15

“Victory Junction is like a place where you can actually be a real kid. You get the chance to do a bunch of fun activities for a lot of days. It really encouraged my life.” – Elijah, 7

As you can see, campers find all sorts of things at Victory Junction – amongst them friendship, fun, relief, inspiration, and a chance to take their mind off of things. Programs like these are much needed today, by campers and their families. When you’re online on “Giving Tuesday” this year, be sure to keep Victory Junction in mind.

I have never heard about these camps. What a great way for a child who could not go to a mainstream camp.

I have never heard of these camps before. They sound really interesting.

I’m a special education teacher who FIRMLY believes in the power of camp. I think it’s an experience that every child (heck, every adult!) should have.

I have never heard of them but they sound amazing. I love to support worthwhile causes. They are truly that.

What a great cause to support on Giving Tuesday! The camps look like such a fun place!

Victory Junction sounds like an amazing camp. It is so important for these kids to learn these skills and have some fun.

What a wonderful organization have never heard of it and the camps. Good to know there are resources for our children.

This looks like such a fun camp! Those stats alone make it an amazing place. Anything that would give a child more confidence while having fun is incredible.

I am hearing about Victory Junction for the first time, but this sounds really inspiring. By providing life-changing camp experience they are really doing a great job and such programs are going to be a great gift for many children today!

All kids are special and deserve to be treated as such.