Complimentary admission to this event and samples were provided. Please note that, as always, any personal opinions reflected in this post are my own and have not been influenced by the sponsor in any way. 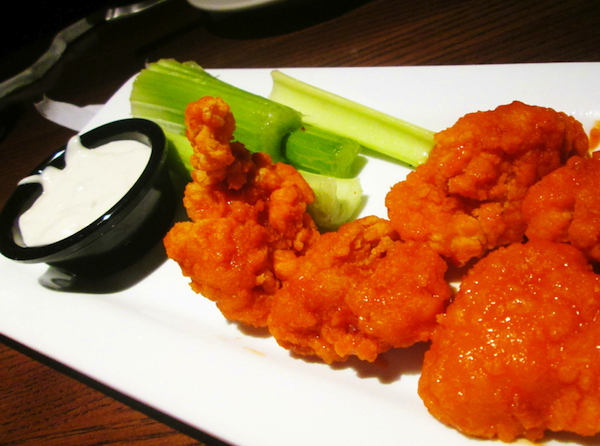 I was invited to this event and unfortunately could not attend. Fellow Tristate blogger Krista of The NYC Talon was kind enough to stand in for me. This is a guest post written by Krista. All of the photos are hers and used with permission.

I love it when great places open locally! I’ve been going to White Plains since I was a kid, so when I was invited to their grand opening over on Main Street, I was pretty excited. By the time we arrived the place was already packed. Located right across the street from Burlington and Walmart, and around the corner from Target, it’s a pretty ideal location.

Upon arrival we were treated to a couple of TGIF’s appetizer options. I have to say, I’ve always loved TGIF, but I always associated it with a weekend lunch or dinner with my family. The TGIF’s in White Plains looks like the place I’d take my family for lunch and then meet with friends for appetizers and drinks in the evening! It’s very up-to-date, an active sort of atmosphere, I loved it. 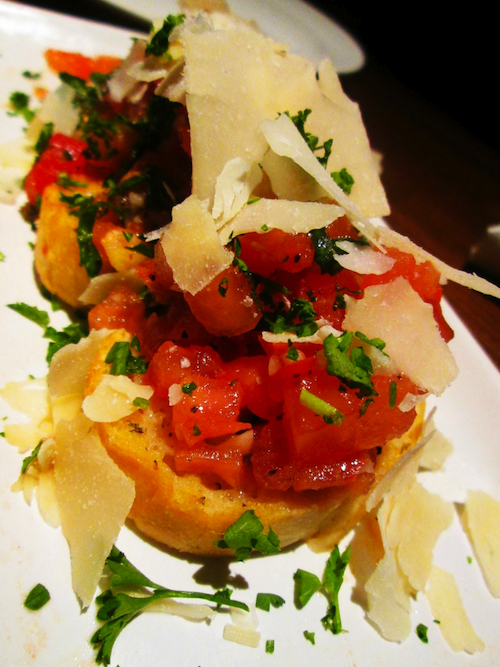 Our first app, was their signature boneless Buffalo Wings. Prior to this I had actually never had TGIF’s buffalo wings – I happen to be a serious buffalo wing connoisseur and I was completely and utterly won over by these. I could just eat a plate of these alone and be fine. They were cooked perfectly, had a great crispiness, and were full of flavor and just the right amount of heat. I’d have them again in a heartbeat.

Our second app was the Garlic & Basil Bruschetta. Made with Roma tomatoes, roasted garlic, fresh basil, and balsamic glaze – it was bright and fresh, a perfect addition to drinks, or a meal.

I had a chance to speak to TGIF’s Director of Operations, Christine Kobrynich, who shared my excitement about this TGIF location. I revealed that I had always associated TGIF’s with family outings and was pleased to see that the White Plains TGIF’s seemed to be designed to reach a wider audience, and she mentioned that that was part of what had inspired the design of the restaurant, which is more open with the bar being one of the main focal points. She also mentioned TGI Fridays active presence on social media – allowing customers to share their experience with TGIF by tagging TGIF social media accounts and using hashtag #HappyFriday.

My favorite dish at TGI Fridays happens to be their Flat Iron steak! I LOVE that sweet sauce they put on top!

TGI Friday’s is one of my favorite restaurants. Here’s why.
1. I used to work there and know they are clean in the kitchen.
2. The pot stickers are heaven.
3. So is anything Jack Daniels.
4. Their rewards points are unbelievable. I fear they will catch on to how good a system they have going and cancel it.
5. They have delicious girl drinks and great drink specials.
Snaps for TGI Fridays!
Lee

I LOVE TGI Fridays and it always makes me sad that we don’t have one. If anyone wants to open a TGI Fridays on the Oregon coast, I will definitely eat there! 😉 But I do get to one every once in a while when I’m traveling. Like Lee, I’m all about the girl drinks and I love the food.

I love TGI Fridays. We just visited for their $10 deal last week. I got the salad with the most amazing Caesar dressing! I can’t wait to go back again.