Complimentary admission to this event and samples were provided. Please note that, as always, any personal opinions reflected in this post are my own and have not been influenced by the sponsor in any way.

I was invited to this event and unfortunately could not attend. Fellow https://www.facebook.com/tristatebloggersnetwork member Krista of The NYC Talon was kind enough to stand in for me. This is a guest post written by Krista. All of the photos are hers and used with permission. 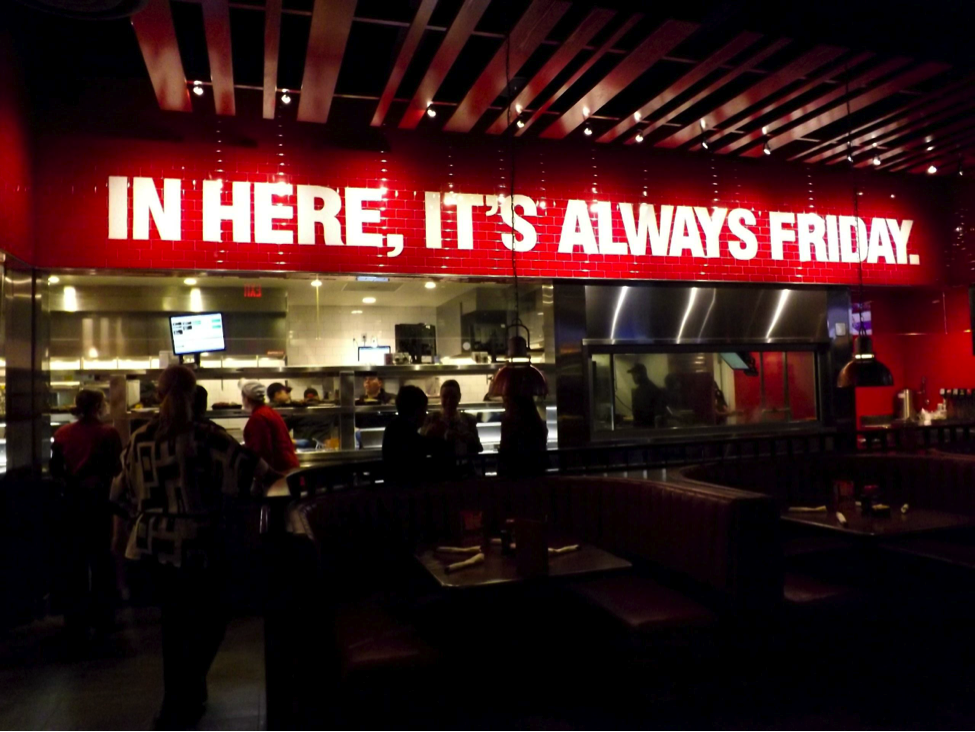 Sheepshead Bay, located out in Brooklyn, was hit hard by hurricane Sandy back in 2012. TGI Fridays Sheepshead Bay location, with three feet of flood damage, was forced to close. However, committed to the community and maintaining a location in the area they rebuilt and have recently re-opened with an all-new design and exciting menu options! I was invited for a press preview of their new restaurant and was excited to head out to Sheepshead Bay and check out their new setup.

We started off our evening with drinks from their new (very busy) bar. There were so many locals who were having an amazing time, which was great to see. We had Peach Sangria’s which consist of Seven Daughters Moscato, St. Germain Elderflower Liqueur, Hendrick’s, peach purée, clover honey, lemon juice, lime juice, and cane sugar – which was a perfect accompaniment to the array of appetizers we tasted while waiting for our food. 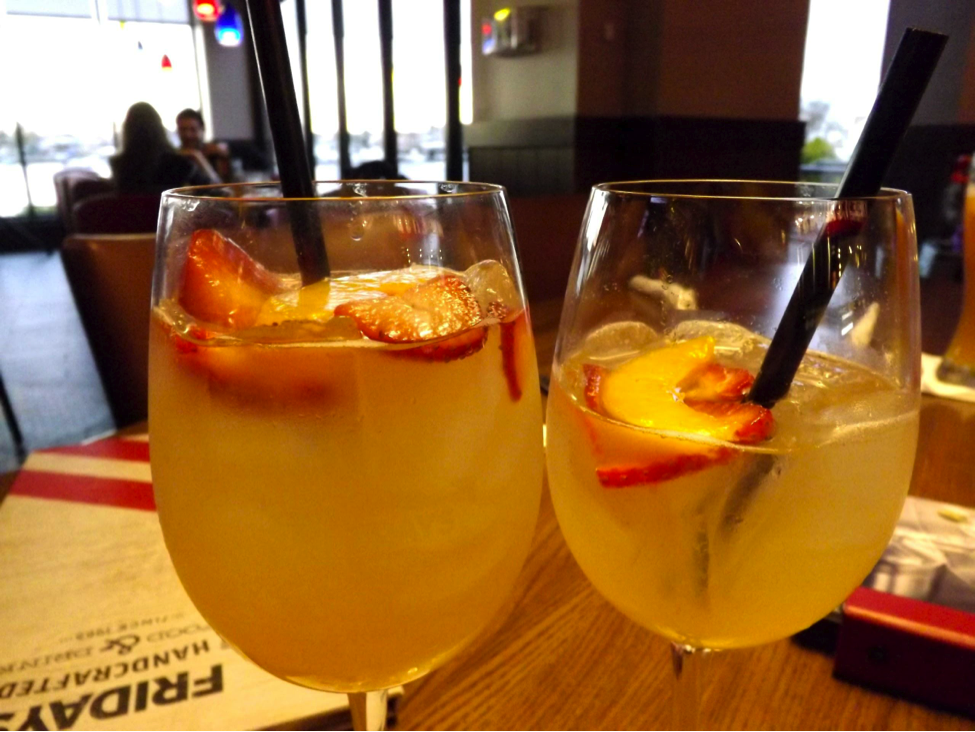 I chose from their Signature Jack Daniel’s menu, I had the Jack Daniel’s Sirloin with spinach and mashed potato sides. I like my steaks on the medium-rare side and ordered this one medium and it was cooked perfectly – I mean it was just buttery and tender, and paired with the Jack Daniel’s sauce I was completely sold! 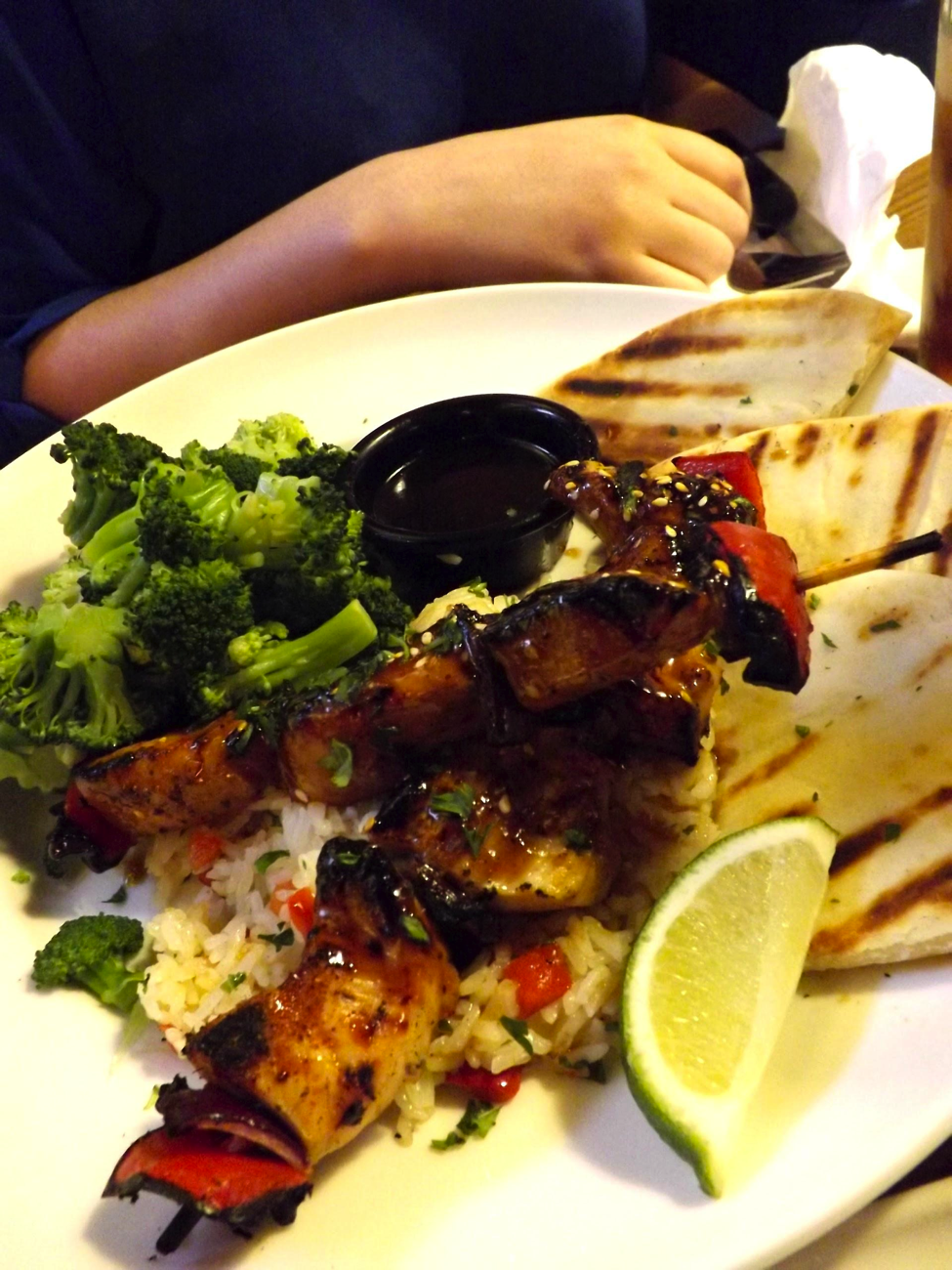 My guest had the Hibachi Chicken Skewers, which were also tasty – although not as good as my sirloin, I think (I may be a little biased, haha!). The chicken was marinated in garlic-black pepper soy sauce with a miso glaze and served with jasmine rice pilaf, fresh broccoli and grilled pita. 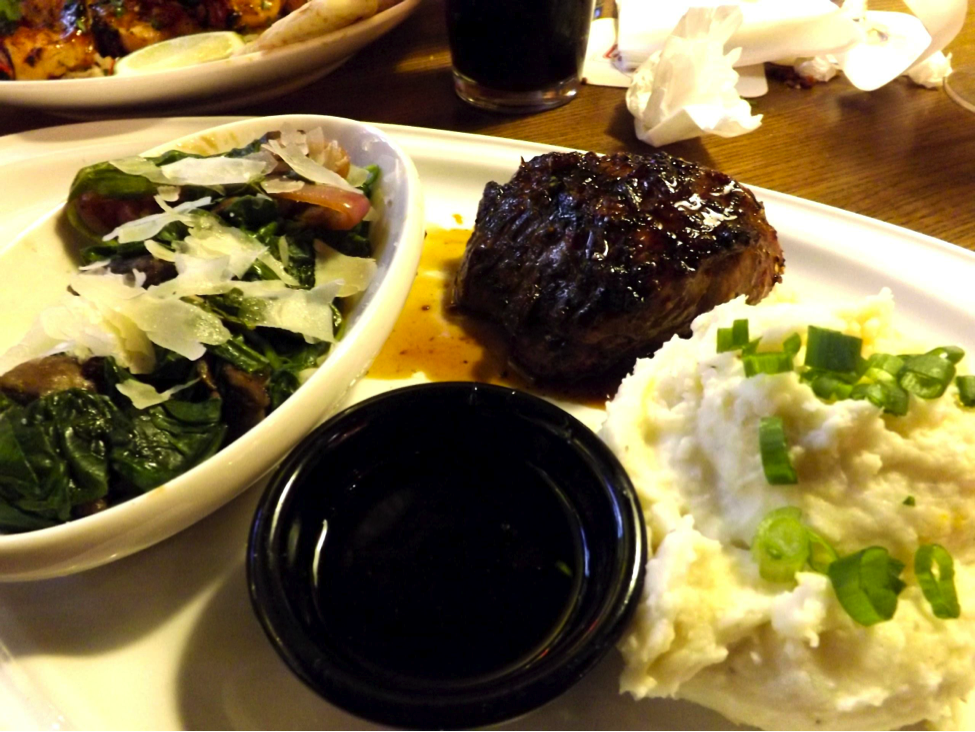 The Sheepshead Bay location is one of a handful of TGI Friday’s that boast a working pizza oven, which I think is pretty amazing, after all, who doesn’t love fresh pizza? The restaurant also has a great view and a really open design that makes the space feel relaxing but fun, I love it. 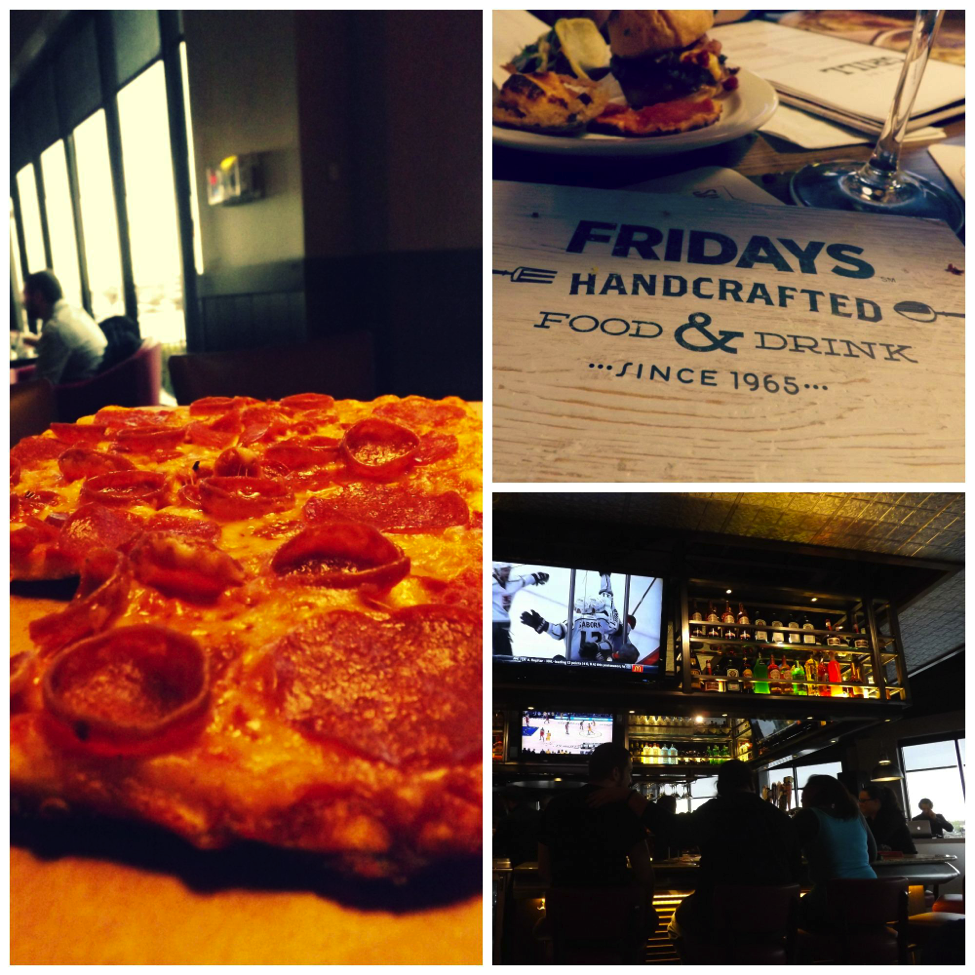 After the hurricane the Sheepshead Bay TGI Fridays relocated their employees and got to work on rebuilding one of the neighborhood’s favorite locale’s. Now that they’ve re-opened, you can head to Sheepshead Bay’s TGI Fridays and load up on great food and drinks, while enjoying a vibrant atmosphere – they even have a gluten-sensitive and an allergen menu!

What’s your favorite appetizer or entree at TGI Fridays? Please leave a comment, I’d really like to know!

Have You Joined The Korus Yet? It's Been On DWTS And Will Be Here Again Soon

A sampler since so many are so good.