Riverdale: The Complete Second Season becomes available on DVD and Blu-ray on August 7, 2018. 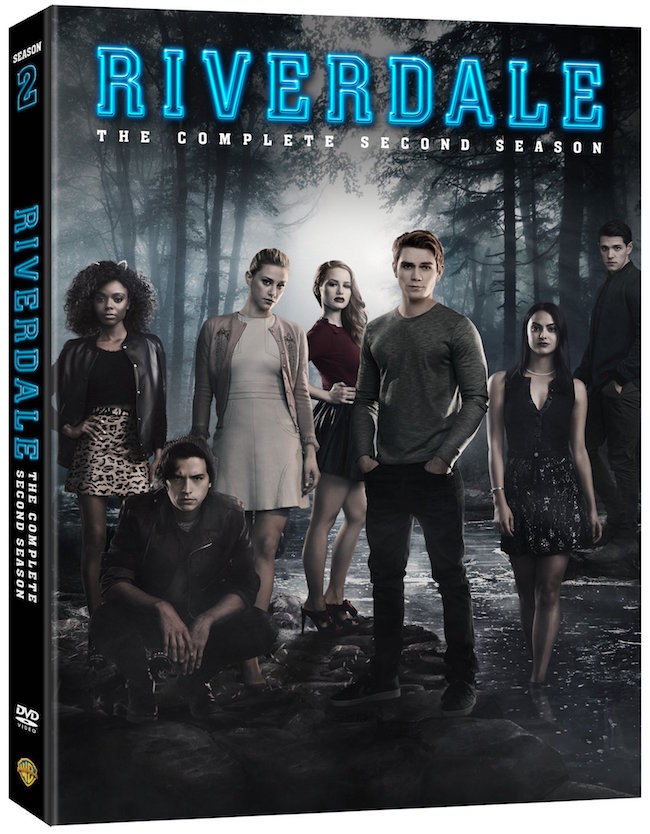 The product(s) featured in this post was provided at no cost to me by Warner Bros. Home Entertainment. Please note that, as always, any personal opinions reflected in this post are my own and have not been influenced by the sponsor in any way. Some of the posts on this site, like this one, contain an affiliate link. Affiliate links are used in an attempt to offset the operational costs incurred by running this website. Affiliate links may take the form of a banner ad or a text link. Clicking on an affiliate link does not increase the cost of the product for you if you buy it. It does mean that I MAY make a SMALL commission if you purchase the item.

If I were to hear the words “Winner of Seven 2017 Teen Choice Awards, Including Choice TV Show: Drama”, I wouldn’t think they applied to a show that I, a mom in the midst of midlife, watches. But they do. Those wprds describe the show Riverdale, which I really enjoy. I was skeptical when I first heard about it from a friend of my son. Feeling fairly sure I wouldn’t like it, I checked it out. I fell in love and binge watched the entire first season. I had the show programmed into my DVR so I wouldn’t miss anything once the second season came out. Now, the second season of Riverdale is out on DVD, Blu-ray and Digital. Old fans can watch again and refresh their memories. New fans can get caught up before the next season starts. This one is a must have for the DVD collection!

Based on the characters from Archie Comics, Riverdale returns with its subversive take on small-town life. Determined to protect the sanctity of his town in the wake of his father’s shooting by the Black Hood, season two of Riverdale finds Archie (KJ Apa) seeking justice…and vengeance. As a civil war brews between the Northside and the Southside, loyalties are divided. Betty (Lili Reinhart) and Jughead’s (Cole Sprouse) relationship enters fragile territory when Jughead decides to join the Southside Serpents and Betty’s long-lost brother Chic returns. Veronica (Camila Mendes) finds her life upended by her father Hiram’s (Mark Consuelos) arrival and his dark schemes for the town’s future. Everyone will have to pick a side, including Queen Bee Cheryl Blossom (Madelaine Petsch), star-to-be Josie McCoy (Ashleigh Murray), Kevin Keller (Casey Cott), and Reggie Mantle (Charles Melton). Things are never what you’d expect in Riverdale, and that’s especially true as Archie and the gang race to avert a full-on riot and to solve the mystery of the Black Hood.

The DVD is priced to own at $39.99 SRP. Riverdale: The Complete Second Season is also available to own on Digital via purchase from digital retailers.

Not light like the graphic novels aka comics of long ago.

I have heard so many good things about this series, but haven’t seen it yet. I’ll have to check it out on DVD.

I haven’t heard much about this TV show, but it sounds very interesting! I’ll have to check it out.