Recently I tried my hand at making some homemade potato pasta. When trying to decide what would be good on potato pasta I came up with two answers quickly. The first was butter. The second was bacon, cheese and ranch dressing, like you might have on a baked potato. The folks at Bolthouse Farms, the people that make those yummy smoothies, had asked me to check out one of their new dressings not long ago. It was sitting on my shelf just begging to be used, and so I did. I used it to make a quick Cheesy Bacon Ranch sauce. Here’s how I made it. (Don’t blink, you’ll miss it.)

This sauce could be used on lots of things. I used it on pasta but it could also be used on potatoes, salad or even for dipping!

Decide what you’re going to put it on. I chose potato pasta, which I made myself. (Red more on that in my Veggetti review.). This is what the pasta looked like before the sauce. 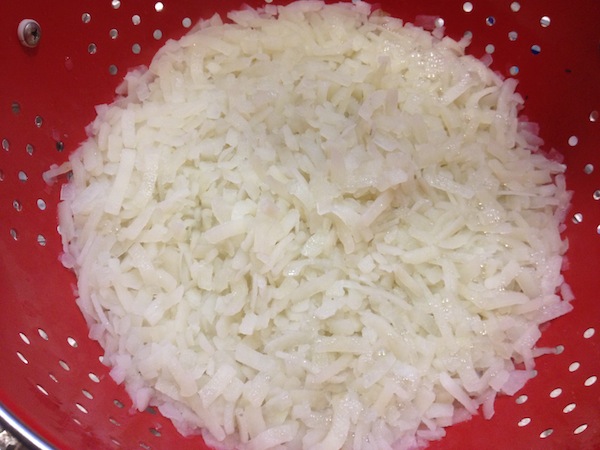 I showed you this because the pasta was super mushy and the photo with the sauce on that you’ll see in a moment looks like soup. Or baby food.

Anyway. Back to the recipe.

Get your ingredients together. 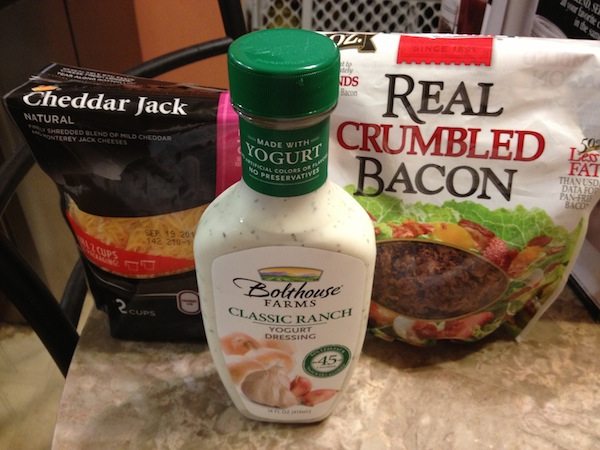 Put the three ingredients into a small bowl, or a small pot if you want it warmed. Or have it cold, it works that way also.

Pour the sauce over the food you want it on. 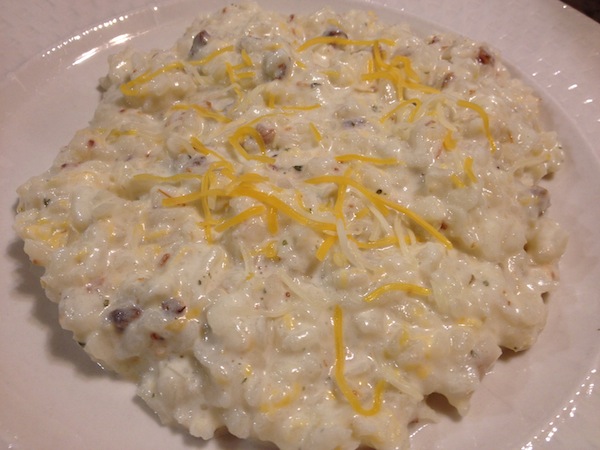 The dressing is what makes this sauce. I mean, don’t get me wrong, you can almost never go wrong with cheese or bacon. But this sauce has a little zip to it, which is why I thought it would be perfect for potatoes. And perfect it was. It tasted far better then it looked on my mushy potatoes. The zip comes from the dressing. The folks at Bolthouse Farms recently came out with some new Blue Cheese Yogurt Dressings. While I was getting them out of the display I saw the Classic Ranch Yogurt Dressing. I love ranch. I’d never tried a yogurt dressing before so I had to get that too.

What’s your favorite use for blue cheese dressing?

That looks pretty good. I’ve never had potato pasta or ranch *yogurt* dressing before. I think I’m gonna want to give this recipe a try without the bacon (I’m a vegetarian). I’m sure it’d even be good over a nice tossed salad. 🙂

My son would love this sauce for sure he is big on the whole ranch thing.

Yumm.. this sounds like a great dinner idea; I love cheese, bacon and Ranch, think this is a winner for me. Thanks for sharing, another great recipe.

I usually use blue cheese dressing on my wings. I think they were made for wings.never tried it on potatoes before so may do that.