The product(s) featured in this post was provided to me free of cost to me. This post has not been monetarily compensated. Please note that, as always, any personal opinions reflected in this post are my own. 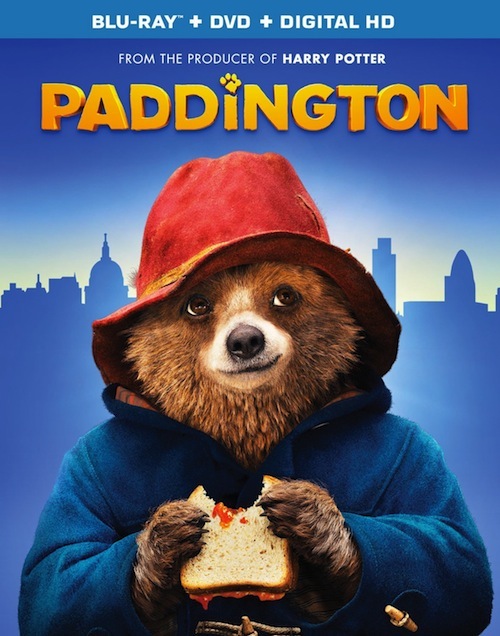 PADDINGTON tells the story of the comic misadventures of a young Peruvian bear who travels to London in search of a home. Finding himself lost and alone, he begins to realize that city life is not all he had imagined until he meets the kindly Brown family (Bonneville and Hawkins) who take him home after reading the label around his neck. It looks as though his luck has changed until this rare talking bear catches the eye of Millicent (Nicole Kidman), a museum taxidermist.

I knew  woman who collected stuffed Paddington bears. They were totally adorable. When I first learned of the Paddington movie I sort of expected it to be a movie geared more for kids. It isn’t. It’s perfect for kids and adults and families. All of the color and scenery in this movie are great. The CGI animation in this movie is fantastic, and the bears look real.

Paddington is a bear that finds himself orphaned in Darkest Peru. He is determined to head off to London in order to find an explorer that had found his parents years before and semi-domesticated them. The city is not what he’d expected or hoped, people didn’t pay him much mind and just hurried on their way. The Brown family takes Paddington home for a night. They get to know him a little and try to help him find the explorer, to no avail. Paddington winds up finding someone he believes can help him find the explorer, but as it turns out he winds up in terrible danger instead. The Browns work together to save Paddington, during which time they realize he’s become a member of their family.

Here are some fun activity sheets.

And some games too!