This is a sponsored post. Please note that any personal opinions reflected in this post are my own and have not been influenced by the sponsor in any way. 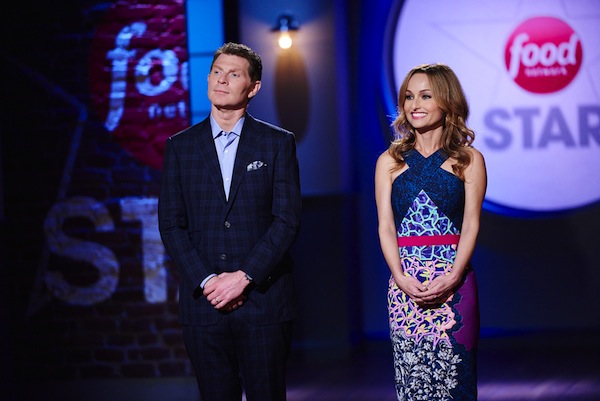 Reality shows are so popular right now. Aside from the some of the cooking related shows and competitions, I just can’t stomach most reality shows. The best feature about a show like Food Network Star is that it doesn’t seem completely fake to me like some of the other “reality” shows do. Plus, seeing the food is always interesting too.

For those unfamiliar, Food Network Star takes a group of finalists and puts them against each other in a number of cooking challenges. Competition can be tough, but contestants do have some help from mentors who are known professionals in the cooking world. For upcoming season 11, Giada De Laurentiis and Bobby Flay are returning as mentors/judges.As the competition goes on, contestants are eliminated. At the end of the season only one contestant remains, and that person wins the dream prize of having their own show on Food Network. If you have a television and haven’t checked out Food Network, you should. But don’t do it while you’re hungry, LOL.

“Each season, our viewers love following the journey of Food Network Star contestants as they develop from aspiring newcomer to confident pro,” said Bob Tuschman, General Manager and Senior Vice President Food Network. “Having Giada and Bobby guide these finalists along is like watching a master class in food television.”

A Food Network Star contestant’s success requires an uncompromised drive to stand out and shine. Having the right partners, tools and expert guidance allows the group to compete at the level they need to excel and, for one, to ultimately win. Another part of the guidance this season will come in the form of Food Network Star’s new fully-integrated, multi-platform partnership with Volkswagen, which will be an organic part of the series that is designed to help propel the competition.

In the season premiere, the twelve finalists arrive in Los Angeles, where they meet Giada and Bobby. Each finalist must produce a 30-second introductory video and make their signature dish for a food festival to be held the next day. At the festival each video is screened and the signature dish tasted by a judging panel including Giada, Bobby, Food Network executives Susie Fogelson and Bob Tuschman, and People Deputy Editor J.D. Heyman. The competition ends for one finalist, while the remaining eleven continue on to the next episode. Upcoming episodes include a dazzling Fourth of July-themed celebration, intense food truck/social media challenge and do-or-die live television demo.

For more details on Food Network Star, fans can visit FoodNetwork.com/Star all season long for exclusive interviews, video, blogs, behind-the-scenes footage, photo galleries and more. Fans can also connect with each other and the show’s stars on Facebook at Facebook.com/FoodNetwork and on Twitter with the hashtag #FoodNetworkStar.

Do you have a favorite reality show?

REVIEW – Paddington Blu-ray
Next Post: Recipes For A Beautiful Life: A Memoir In Stories