One Thing You MUST Know Before Shopping Online 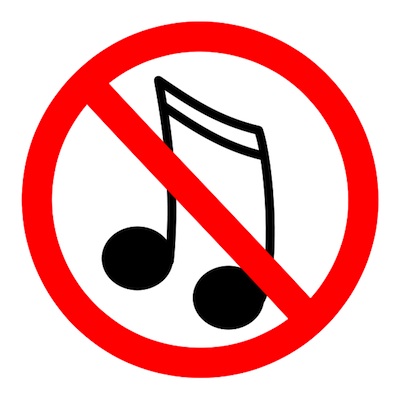 This is a brief story of what happened to me when I tried to work with both a seller and a manufacturer to get a broken item repaired or replaced. This is not a brand bashing post. This is a factual accounting of what was to follow. I am sharing the story not to put a company down, but rather to share with you something important that I learned that I believe everyone that shops online should be aware of before making a purchase.

In late 2012 I purchased a Philips Fidelio docking speaker for my iPhone. It’s next to my bed and I use it as an alarm clock.  I loved the sound quality of it so much that I ordered a second one on 02/24/13 for my son on Amazon from a seller named Expansys because they had a good price. I could have purchased this unit from other sellers,including Philips themselves, for more money. I could have purchased similar docks made by other well known brands that were reviewed better. But, I chose to buy the Philips because of my experience and I chose to buy it from Expansys on Amazon because of the price.

My youngest son (well actually both of my sons) loves music. He plays music constantly, so the docking speaker gives him an opportunity to listen to his music while our iPod Touch charges. It cuts back on the amount of times where he comes to me asking “recharge”. He doesn’t use it as an alarm clock, just a way to listen to his music and charge his iPod. The child has no friends to play with after school, so he’s got me, the dog, the cat, his trains, his DVDs and his music.

In December my son’s unit stopped working. I realized that, according to its paperwork, it had a one year warranty. I contacted Philips on 12/26, who asked me to send them some info and proof of purchase. I sent it that day, by email and fax. On 01/06/14 I received an email that they couldn’t read my documents and to resend them. I resent it again. On 01/09/14 I once again received the same canned response that they couldn’t read my documents. I resent them again.

I telephoned after to follow up, and was told that they’d received the documents and the item was covered under warranty. They took my debit card and said they’d place a $1 hold on it, this was to be sure I sent my unit back since they were sending a replacement. February arrived and I hadn’t received a box to send the broken unit back in. Nor had I received a phone call or email.

One year since my purchase passed. I telephoned Philips again on 02/27/14 and was informed that Expansys was not an authorized Philips reseller so Philips would not be honoring the warranty. They could not answer my questions why I had not been notified sooner that they’d changed their mind and they had no explanation. They told me to contact the seller.

I tried contacting Expansys several times in several ways including email, telephone, and social media. I also contacted them through Amazon on that same day 02/27/14. Five days later on 03/02 they replied they would look into it and get back to me. One day later I received an email through amazon stating “Hello, this order is from a year ago, and we no longer have any stock of this product. We are unable to repair or replace this unit.” Frustrated I tweeted both of them. Philips, to their credit, once again responded asking for the model and date purchased. I sent it over by DM and received a reply this morning once again to contact the seller.

At this point it is clear to me that neither the seller Expansys or the manufacturer Philips is willing to do anything about my situation. I am out both $60 and my son is out one docking speaker. I can’t say for sure that I will never buy a Philips product again, although it isn’t very likely at this moment today. I can say I will never buy from Expansys again. But this post isn’t about that.

If you shop online from sources other then the manufacturer directly, be sure to find out if the seller is an authorized reseller. If they are not I urge you to either buy a different brand or buy from a different seller.

The money you may save by buying from an unauthorized reseller just isn’t worth what it costs in the end if the unit breaks. Find yourself a bit lighter in the wallet sucks on its own, but when paired with the face of a child who’s crushed, well that  just sucks.

Have you ever had a bad experience with an unauthorized retailer? Leave a comment, I’d love to know!