The Connection Between My Two Great Loves – @FordMustang And @OleanderBand Music

No compensation or product was received for this post. I wrote this post because I love the things mentioned in it – the Ford Mustang and Oleander.

You know, we go through life learning about many different things. We develop likes and dislikes. Sometimes we develop a favorite, something we just can’t get enough of. Something we are so crazy we can’t imagine a day without it. Something we never ever tire of. For me there are very few things in life that have this effect on me. Two to be specific (unless you count cheesecake). One of them is the Ford Mustang. I can’t name a single day in my life where I didn’t pass a Mustang on the street that it didn’t make me smile and make my heart beat a little faster. I like cars in general, and I love Mustangs, they are just a beautiful car.

In 1988 I bought my first new car. Actually, it’s the only brand new car I’ve ever bought. It was a 1988 Mustang LX convertible in pale canary yellow. Her name was Betsy. She was something beautiful and she looked almost exactly like this. 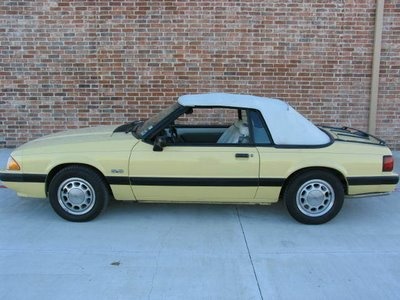 I loved Betsy. I paid for her myself, at one point working three jobs to cover the payments. I never tired of that car, not ever not even for a single day. I’d get in, turn the music on and just go. My Dad would often get reports from his friends that they saw me all around town, speeding around with the music turned up loud. I’d always enjoyed listening to music, but somehow it was just better in my car. (I’m a rock n roll girl, by the way.) In the car the music sounded better. The words meant more. And, I could sing, which if you know me personally you know I don’t sing unless I’m alone in my car or out at a concert. I had certain cassettes (yes, this was way back in the day, before CDs and MP3) that lived in the car. I even had a select few cassettes that I owned two copies of, one for in the house and one for the car. One of those cassettes was by the band Oleander, who was just starting to appear on the rock scene in the late 90s. I fell in love with them the moment I first heard them on the radio.

By now it was the late 90s. Over ten years had gone by and I was still driving Betsy. I had accumulated a lot of memories with that car. Going on an extended family vacation to Disney World and driving all over the place with eight people piled in and on top of my tiny Mustang. Spending so much time with one of my brothers in the car that he knew lyrics to some of my favorites, songs from Cinderella, Motley Crue and yes Oleander. Breaking the rear window because I simply had to have the top down one day and forgot that my son’s car seat was in the back preventing the roof from collapsing completely. But by that time I had a child and unfortunately the car simply wouldn’t fit my family any more. So I decided to let her go. The day that the tow truck came to take it away was hard for me. I watched the truck drop the car I’d worked so hard to pay for in the middle of my lawn and broke down into tears.  I missed Betsy terribly for years. I still miss her. It was so much fun to drive, and there was just something so freeing about it.

1999 brought about big changes. A new body style for the Mustang that I absolutely loved. A second child for me. And a new Oleander album. I was able to afford the Oleander album, actually once again two of them. I coveted the car but realistically didn’t even consider it as with two children it was even less practical then it had been before. The children? Well we know how expensive they are. My youngest was born in July. I didn’t know he was going to have Down syndrome before he was born. His arrival brought many feelings and emotions with it, and was where the idea for my nonprofit came from.

Through all of this few things were a constant. The biggest constant was my parents. My champions. When Oleander released another album in 2001 as soon as I heard the song Champion I related it to my parents. (I’ve actually blogged about that one.) I still think of my parents when I hear that song today. Another constant was the way a Mustang could still make me turn my head and bring a smile to my face.

2003 brought another new Oleander album. Titled “Joyride”, it featured a Mustang on the cover. You see the whole six degrees of separation thing happening with me, Mustang and Oleander music, don’t you? A favorite from that album was “Hands Off The Wheel”, which aptly describes life at times.

In 2004 Oleander officially took a break making music, going on a self-imposed hiatus so the members could get back to living their lives.

2005 brought an update to the mustang with the introduction of the fifth generation body style. It was sexier then ever. I truly almost drooled when I saw it for the first time at a race at Watkins Glen. The desire to drive one stayed with me for many years, but the opportunity did not present itself.

2011 was a big year. The Mustang was getting updates to its engine. I was sick and getting sicker and they thought I had lung cancer. And as fate would have it, Rich Mouser started mixing a new Oleander album. I underwent lung surgery and they removed half of my left lung. After a few tense days of waiting it was confirmed that I did not have cancer. The healing process from lung surgery took a lot longer then a few days. I lost my job while I was out on disability. It took months just to be able to function. I spent many of my hours listening to music. My Oleander collection was one of the constants. All those years and I had never tired of their music. They are the second thing I have never tired of, by the way.

Once I was released from disability I took losing my job as a sign and decided to stop waiting for life to happen and to go after things. I went back to school, determined to finally get my degree. As the end of the year approached I was broke as a spoke. I can’t blame that entirely on being a student, I mean aren’t we all broke a month before Christmas? On Black Friday my Mom and I were returning from a trip to the cemetery when I saw this car on the side of the road. It’s a 1999 Ford Mustang. It was a steal of a deal. Despite the fact I really didn’t have the money I returned that weekend with my Dad to check it out and bought it anyway. 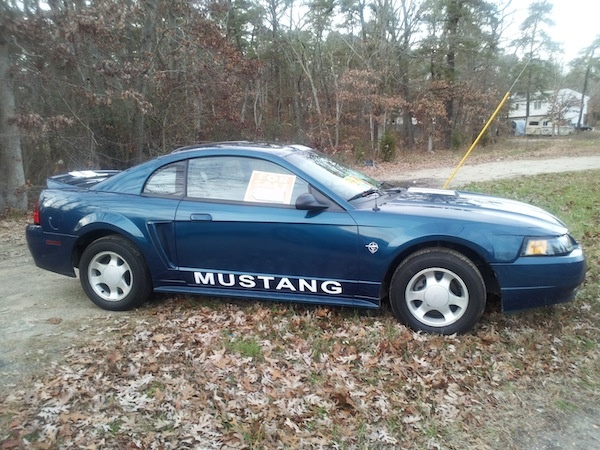 I’m still driving that 99 Mustang today. When I’m not trying to pry the keys back out of my 18 year old son’s hands, that is. It’s got over 235,000 miles on it and it definitely has its issues. But I still love driving it every single day. And I still love music, now more then ever. Oleander is still very much a fixture. How can it not be with awesome music and relevant lyrics. I bought their latest album “Something Beautiful” last year and not one single day has gone by that I haven’t listened to something on that album.

To me the Ford Mustang and music are synonymous. Recently the Mustang 50-year anniversary exhibit at the North American International Auto Show featured a jukebox full of Mustang-inspired tunes that would take more than 10 hours to play. Those songs included:

I propose that some of the Oleander catalog be added to the list. Songs like “Joyride”, “Hands Off The Wheel”, “Something Beautiful” and “Never Too Late” (amongst many others) are just made for driving.

One more thing. Speaking of the 2015 Ford Mustang.

It’s one sexy looking beast of a car. 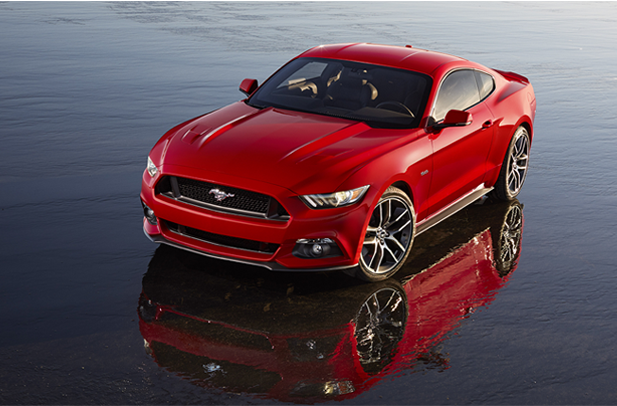 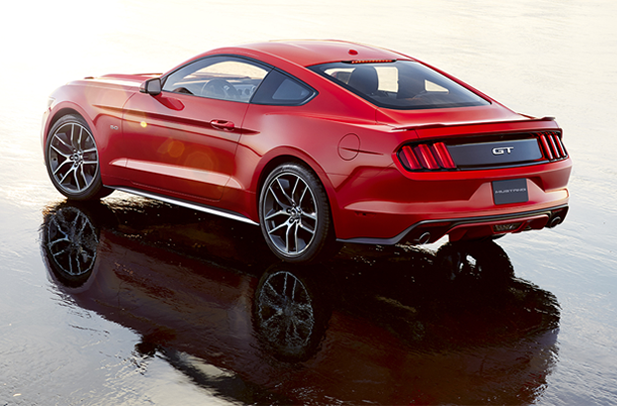 It isn’t even out yet and my hearts beating faster in anticipation of seeing it out on the road, making me smile again. And this time I do plan on driving one at least once.

Do you have a favorite band or type of music to listen to in the car? Leave a comment!