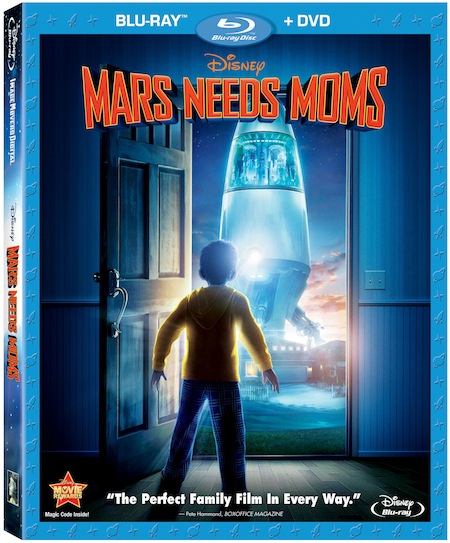 Take out the trash, eat your broccoli — who needs moms anyway? Nine-year-old Milo (Seth Green) finds out how much he needs his mom (Joan Cusack) when she’s nabbed by Martians who plan to steal her mom-ness for their own young. In a race against time and oxygen, his quest to save her knows no bounds. And with some unexpected help, Milo just might find his way back to her — in more ways than one.

· “Fun With Seth” – The cast and crew had a galaxy of fun making Mars Needs Moms, thanks to the on-set antics of Seth Green and Dan Fogler. Watch them do the ROM dance see them compete to see who can do their verbal ROM the fastest, and much more.

· Martian 101 – Do you speak Martian? Go behind the scenes and see how the producer and cast came up with their own unique Martian language. Then learn how to speak it yourselfwith lessons from a leading Martian language expert.

Everything on the DVD plus…

· Life On Mars: The Full Motion-Capture Experience – Go way behind the scenes to the ‘space’ where the actors’ performances are captured. This feature-length, picture-in-picture viewing mode also lets you listen to director Simon Wells and actors Seth Green and Dan Fogler give a fun and insightful look into creating the movie.

· “Flower Power” Easter Egg – the name of the show that Ki watched and learned English from is entitled “Freaks on the Street.”

Everything on the Blu-ray & DVD plus….

· Mom-Napping (All-new 3D Exclusive) –There’s more than meets the eye during the Martian abduction of Milo’s Mom. This alternate scene — completely finished in 3D — tells all.

Everything on the DVD plus…

As mentioned after I attended an early screening, Mars Needs Moms is amazing. The colors are bright and bold and the graphics and animation are terrific. In typical Disney fashion the movie made me both laugh and cry, and the time in the theater flew by. Long story short, the movie is about Milo, his Mom, and the Martians. Milo was fresh to his Mom one evening, which caused her to cry. Once in his room he regrets his behavior and decides to apologize. At that time the Martians are abducting Milo’s Mom so they can bring her to Mars to raise the Martian babies that are hatching. Milo sees the rocket ship in the back yard and is on board when it takes off. After landing on Mars, Milo barely escapes capture and meets another human, a man named Gribble. Gribble, who lost his Mom years before, decides to help Milo find his mother. The duo try to avoid capture by Martians while on their mission, and receive some help from an unexpected source – a female Martian named Ki. Milo doesn’t give up on finding and saving his Mother, willing to risk his own life to do so. You have to watch it for yourself to find out the ending, but I will tell you it’s a good one.

Here’s a clip from the movie where Milo meets Gribble. 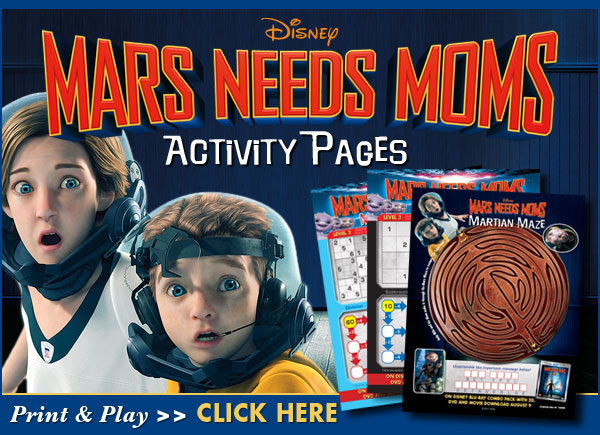 Sending Someone Off To College? Check Out BJ’s For Back To School Campus Living Deals – With $25 GC Giveaway

Use Chef Boyardee To Help You Make Almost Homemade Meals

The lesson in this movie validates good parenting.

I agree. That’s why the Martians chose Milo’s Mom, because she was doing a good job of parenting.

We are going to be renting this one this weekend. I will have it reserved at Redbox for us. Last weekend I tried to get it, but we were too late.

I hope you enjoy it as much as we did!