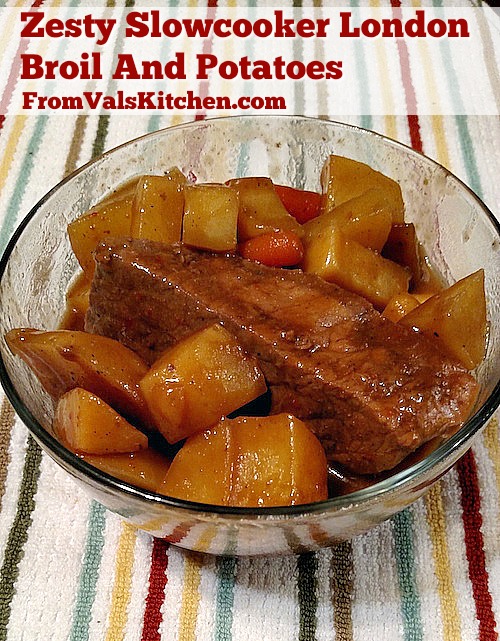 I’ve made London Broil in the slow cooker a number of times. It’s easy to make and is always a hit here. I wanted to change it up a little bit and give it a zesty flavor that wouldn’t overpower. This recipe for Zesty Slowcooker London Broil And Potatoes leaves you with flavorful and tender meat and potatoes. The peppery sort of flavor stands out without being overpowering. And best of all, it’s really easy to make.  Here’s how I made it.

Place the meat into the slowcooker and sprinkle with an all-purpose meat seasoning (I used Country Bob’s). I had only cut the meat into 5-6 large pieces. After the dish was completed I knew I should have sliced the meat then instead of waiting for it to be finished cooking.

Lightly brown the meat on both sides.

While the meat is browning, peel and cut the potatoes.

Place the potatoes and the carrots into the slowcooker on top of the meat.

Place the 6 packets into a medium sized bowl and mix with the water.

Pour the dressing mixture over the top of the other ingredients. 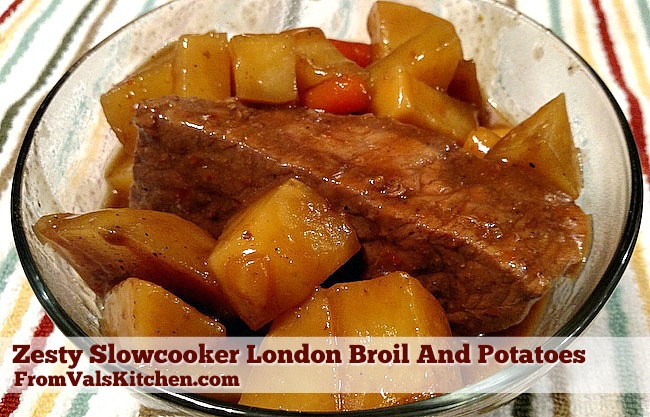