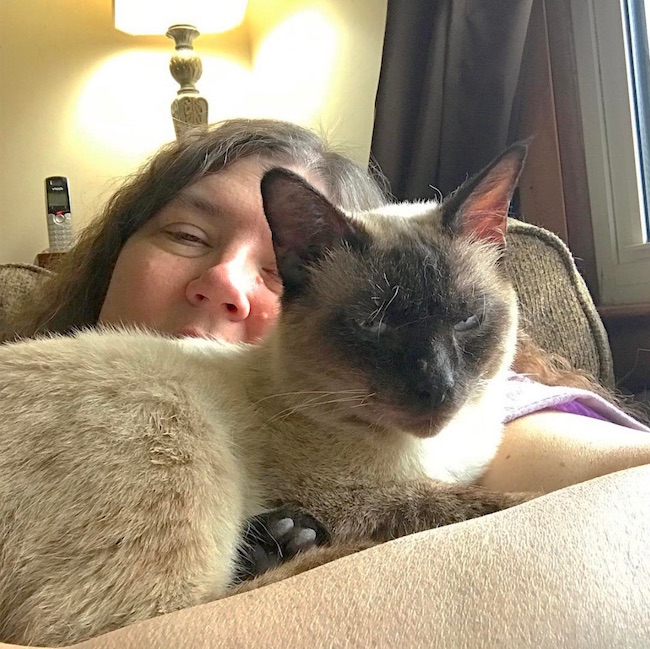 Well it’s been quite a journey over the past two weeks. You may recall my post Goodbye Jules, in which I shared that I unexpectedly had to have my beloved Siamese cat Jules put down on Monday April 10. It broke my heart. Every day I would expect to see him walk around the corner, come running for food, or jump into bed to groom me. Every day I missed him, seemingly more than the day before. Every day I cried. By the following weekend, which was Easter, I was really struggling, the sadness was not getting any better. And so I decided to start the search for my next cat.

I knew I wanted to adopt a cat. While kittens are totally adorable, I really wanted to help a cat. So the search began. I was unsure if I really wanted a Himalayan or a Siamese. Himalayans (a cross between a Siamese and a Persian) were always my favorite cat and no other breed tugged at my heart in the same way. Until Jules. But I wasn’t sure if I was ready for another Siamese cat so soon after Jules. I searched shelters and online sites like Petfinder. I knew I wanted a young-ish male. My search did not return as many results as you might expect. So I continued to look, several times a day.

I found a beautiful boy Siamese that was about 2 years old. The people fostering the cat told me the cat needed medication every day. I called my vet and discussed the condition and they warned me that if I adopted that cat I was likely in for a lifetime of medication, along with an illness that could easily turn ugly at any given time. So I did not adopt that cat. He was beautiful and I know he needed help but I do know my own limitations and I just knew I couldn’t take more heartache so soon after Jules.

I found a very young handsome baby boy, only 6 months old. The shelter told me the cat was almost feral, and that they feared he might never fully be approachable or cuddly. I knew the right home was out there for him, but I also knew it truthfully wasn’t my home.

I found a few potential cats where the shelter never replied. 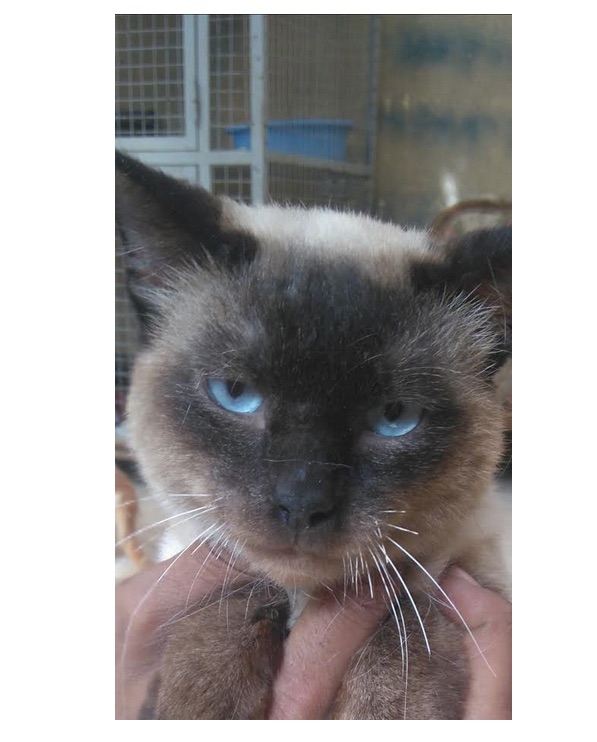 And then finally one day as I was refreshing my Petfinder search a handsome young Siamese named Willy appeared. The listing described Willy as a 12-month old cat that was rescued from the streets of Cairo, Egypt, where people hurt animals in the streets. All it took was that first look to tug at my heart strings hard enough that I knew I had to try to adopt him. I applied to adopt him from the rescue right away. A couple of days later I got the call letting me know I had been approved and to contact the foster home to arrange picking him up.

I made arrangements to pick him up two days later, Saturday, in Brooklyn. He had been being fostered by a dog groomer and was staying at her shop. She took me in the back and brought him out to introduce him. I knew as soon as I pet him that he was the right one. A tiny portion of me felt a bit sad, almost a bit guilty, for being excited at the idea of getting another cat, feeling almost like I was betraying my Jules. I turned to pick up the carrier and the foster woman gasped in surprise. I turned around to see what had happened and Willy was sticking his tongue out. I started crying immediately. She said she had never seen a cat do that before. I said I had, every day for about 7 years. My Julesy did it all of the time. I took that as a sign Jules would be ok with me adopting Willy.

And that is how I found Willy and brought him into our family.

Meet Willy, the newest member of our family. He's fresh from Cairo Egypt via Brooklyn. He's 1. He got here a week ago – apparently they kill the animals there, from what I'm told it's a miracle he's alive. He hasn't left me or stopped purring since we got home. The signs couldn't have been any stronger that he was the right one for me. #cat #cats #catstagram #catsofig #catsofinstagram #instacat #pet #petstagram #petsofinstagram #petsofig #siamese #siamesecat #rescuecat #rescue #rescuecat #newpet #catlover #catlovers #cat