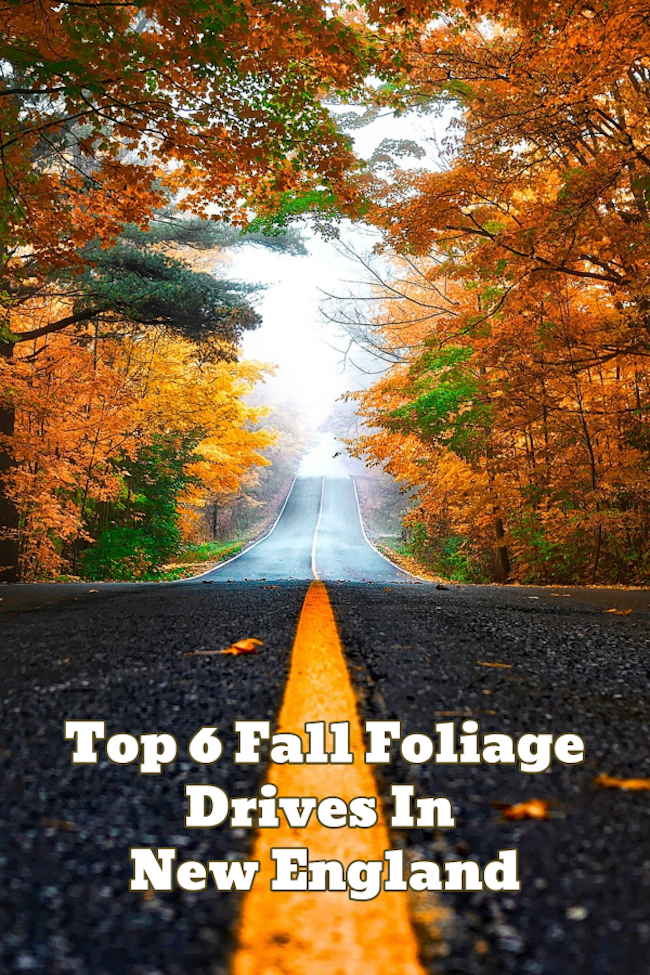 Traveling through New England provides an opportunity to discover and experience the sights, sounds, natural beauty and heritage of the region. The distinctive seasons of New England and the stunning fall foliage attracts visitors from August right up until October. As such, it’s no surprise that this is one of the busiest times of the year to visit as people rave about the stunning beauty and colourful changing hues of the landscape.

A region of beauty New England is distinctly American in its rich history, culture and natural charm. The four distinct seasons offer visitors something to do throughout the year. Autumn or Fall is legendary in New England and is the best time to take a leisurely drive through the mountains or go hiking or biking to appreciate the gold and red fall foliage.

Fall foliage in New England really begins in August. The shortening daylight hours trigger the deciduous trees to begin the process of shedding their leaves. It happens all around North America, and all around the world. But in New England it results in a display of special landscapes painted with fiery autumn colors.

Why is fall foliage in New England so different and special?

Its a factor of many things but mostly an abundance of different types of deciduous trees, warm autumn days, and cool – but not freezing – nights. When these and a few other conditions are all mixed in the right proportions, then you get the world famous stunning shades of reds, yellows, oranges, and browns on the hills and mountain sides of New England.

Between mid-September to late-October, visitors flock to New England to see the fall foliage. Many take special bus tours or even train rides. But most take to the road to drive thorugh the six states that make up New England, each of which have their own character.

Here are six of the best places in New England to enjoy a fall foliage drive.

Connecticut was home to the famous author Mark Twain in Hartford and is an easy day hop from New York. Filled with pretty villages, antique shops and art museums Connecticut might be small but it certainly delivers on quality.

Far from being the forgotten step child of the other fall foliage scenic drives in New England, Connecticut is full of its own collection of scenic drives. One noteworthy trip to take in autumn is Route 169 in the eastern “Quiet Corner” region. Here the backdrop is rolling farmland, stone walls, and picturesque towns and villages that line the route.

From the beaches of Cape Cod the bay state of Massachusetts stretches through its capital Boston past the Connecticut River to the Berkshire Hills. The Cultural Revolution kindled here, started by writers such as Thoreau and Emerson and visitors can see where it all began for themselves at Plymouth Rock.

In Massachusetts the most popular fall foliage scenic drives are along the famous Mohawk Trail, and the area known as The Berkshires. The Mohawk trail rolls out through the northwestern part of the state on route 2, and winds through the hills and mountains of the Berkshires, touching picturesque towns like Williamstown, Deerfield, Shelbourne, Colrain, Charlemont, and Shelburne Falls. The road follows an ancient foot path used to move between Massachusetts and New York by Native Americans. Mount Greylock, the highest point in The Berkshires and Massachusetts, offers stunning views of the surrounding area and Mohawk Trail.

37 miles wide and 48 miles deep Rhode Island is the USAs smallest state. However it still manages to boast 400 miles of coastline which is great for sailing. Providence and Newport, two of New Englands historic cities also offer plenty to do.

Rhode Island provides open roads and coastal drives for fall vacationers and leaf peeping. The 61-mile Rhode Island Coast Scenic Drive follows the coastline east from Westerly towards Point Judith passing nature reserves and secluded beaches, until turning north along Narragansett Bay, and eventually over Newport Bridge on route 138. The drive finishes over the breathtaking Ocean Drive in historic Newport. Always close to a picnic stop along this short drive it begs to be taken slowly and to stop occasionally and breathe in the crisp fall salt air.

The Granite state of New Hampshire is dominated by mountains and lakes and a picturesque coast including the impressive Mount Washington. The White Mountains are great for skiing and snowboarding in winter or alternatively for hiking in the summer and autumn months.

The White Mountain National Forest is home to many wonderful scenic drives but the most popular – and rightly so – has to be the 34-mile Kancamagus Scenic Highway that runs along route 112 from Conway to White Mountains Visitor Center in Lincoln. This drive is considered by many to be the top fall foliage New England scenic drive. Youll see beautiful forests ablaze with autumn colors and plenty of photo opportunities with walks along gorges and streams, and with breathtaking views of the highest mountains in the Presidential Range.

Vermont the Green Mountain State, named so after its hilly spine (verts monts in French) has many small towns which busy themselves with the traditional production of dairy farming and maple syrup. It is a traditional America.

Vermont is a popular destination state in the fall. With many fall foliage scenic drives to choose from, the Central Vermont area, around Killington, and the towns and highways of Woodstock, Rutland and Ludlow, offer up some of the most dazzling. This area is deep in The Green Mountain National Forest area, and not surprisingly offers dramatic fall foliage color and scenery.

To get away from the holiday crowds head to Maine. As big as all other five states put together it has unspoiled landscapes and the longest coastline with lighthouses. Whale watching is popular in this region.

Maine is a vast wilderness and given its proximity is the first New England state to display peak fall foliage color. Maine has many unparalleled scenic drives to choose from, and its difficult to single out one. But the Lakes and Leaves drive that skirts the shores of Moosehead Lake on Route 15 and then heads south on route 201 provides an amazing view of this empty, but beautiful backcountry. Youll see incomparable fall foliage views of the tree-lined banks of the Kennebec River, and the surrounding mountains on this Maine Scenic Highway.

New England is littered with fall foliage scenic drives, and look at those mentioned here as springboards to visiting other country roads that lead to surprises and discovery at every turn. The backroads of New England are where the gems are located, so don’t be afraid to explore. As visitors from all over the world have discovered, a holiday in New England offers every pleasure you could desire.

Where is your favorite place to take a fall foliage drive?