You remember Juliet, don’t you? Juliet is the kitten that RB adopted last year while I was in LA. She was very small and very cute. She’s been growing and getting into all sorts of things, like kittens do. But about a month ago we noticed something strange. Juliet kept bothering Romeo. She’d tackle him and then sort of climb on top of him. They’d wrestle. They’d play. They’d wrestle. Things got increasingly intense. Once we found what we thought was cat urine and couldn’t understand it – neither cat had ever done that.  One day RB looked over and found Juliet doing what he could only describe as humping Romeo. What in the world?!

Upon reaching home I witnessed the offense, happening again. I picked Juliet up and guess what I found? 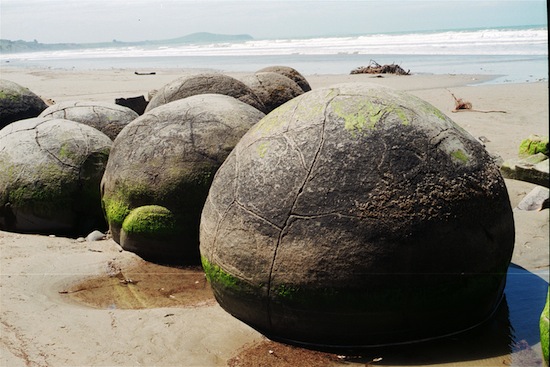 The vet called them boulders. He told us that Juliet was ENORMOUS and probably going to grow to 20 pounds, And that the cat was a little older than we thought by two months or so. And that Juliet had boulders. Yes folks, Juliet is a boy. We had checked and saw no evidence of this. Neither did the vet that gave him his first set of shots. It did explain the humping, as well as the spray incident.

We’re try to call him Jules, since that’s relatively close to Juliet, which is a name that CJ can say. Plus, since he had his jewels removed it seems ironically appropriate. He’s not trying to mount Romeo as much anymore, but still tries to attempt an occasional rendezvous. He still plays and gets into trouble. He still gets into spats with Romeo, which continue until one of them breaks it up or RB or I do. He’s still awesome with CJ, which is the most important thing.

And that folks, is how we got Jules.

I love Juleds and how he is CJ’s pet.

Now THAT is hilarious! Sorry for the spray incident!
Virginia
http://thatbaldchick.com

Well that is too funny. I have a pup and he likes to occassionally hump too but it was obvious he was a boy from the beginning.