This is a sponsored post. Please note that, as always, any personal opinions reflected in this post are my own and have not been influenced by the sponsor in any way. 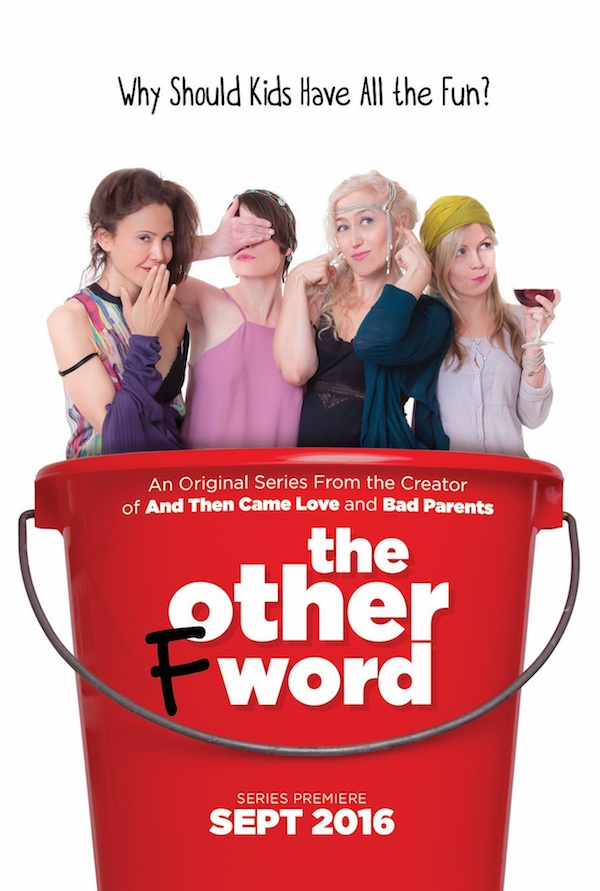 Kids grow up so fast. It seems like in the blink of an eye children can go from adolescents to adults. It seems like it wasn’t that long ago when my oldest was in middle school. Now he’s taking courses at the local college. I know some other parents whose children have either gone away to college or have moved out of the house, leaving them alone. I have heard some of those mothers say they think life will be boring after their children have left the nest. The new show The Other F Word addresses exactly that situation.

The show was developed with the belief that women of this age are often overlooked and ignored. Creator Caytha Jentis seeks to show the audience that life does not end after 30, it only gets better. She decided to self-produce the series because she was told by so many executives that nobody wanted to see a series about women in their 40s. The Other F Word is a comedic series about four women friends who deal with the ups and downs of mid-life as they adjust to a life without young children in the house.

About “The Other F Word” Series:

“The Other F Word,” a dramatic comedy series by award-winning filmmaker Caytha Jentis. The riveting new series whose cast includes names such as: Steve Guttenberg (Police Academy), Michael Boatman (The Good Wife), Reiko Aylesworth (24), Judy Gold (Jim Gaffigan Show) and Ben Bailey (Cash Cab), addresses issues like ageism, sexism, re-entering the workforce, sexuality for women 40+, dating after divorce/widowhood and more. At its heart, the series is about friendship and finding oneself after the kids are grown – an adult coming of age in mid-life.

The series is neat because it’s served up in bite-sized pieces of about 5 minutes. That’s right. No more wondering when you’ll find the time to watch! The Other F Word is an ideal size for folks on the go, with the timespan allowing you to watch it almost any time. And, since it’s on Amazon you can watch it at home or on your favorite mobile device. The characters are developed quite a bit more than i expected considering the length of each episode is brief. Each character has relatable desires, issues and quirks. 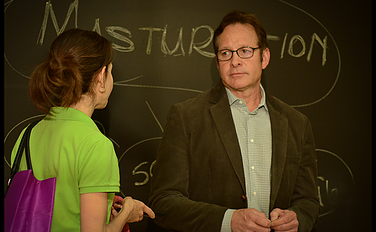 Wondering what sort of things might keep a middle aged woman busy after the kids are out of the house? The series starts off with a bang in Episode #1, where we see Orly’s husband die and Amy’s husband leave her and join the Peace Corps.

Episode #2 is about starting to move forward, which takes a different form for each of the four women. Have you ever extended an invitation you didn’t sincerely mean? If you have then you’ll relate and have a good laugh when you watch what happens when Amy moves in with Orly!

Seeing Trish go back to school in Episode #4 was just plain funny and made me think of my Mom a little.

Women over 40 may as well be invisible to many in Hollywood but they are far from invisible to me. After all, I myself fit into the very demographic this show targets. I know a lot of women over forty. And many of them are definitely familiar with “the other F” word, which is fun. Wondering what kind of fun a group of women over forty might have? Don’t miss Episode #8, Girls Just Want To Have Fun!

Check out the trailer!

You can watch all eight episodes, which are available now on Amazon. If you watch be sure to leave a rating on Amazon so everyone knows that there is an audience for this type of material! 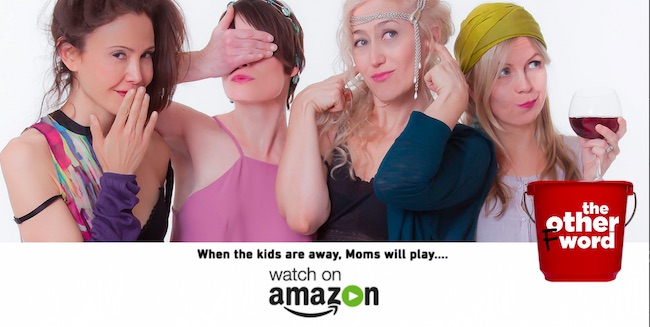 Category: EntertainmentTag: The Other F Word

If you’d like to discuss a partnership or send a pitch or press invite, feel free to email me at valmg2 AT gmail DOT com. I look forward to hearing from you.