This was an eventful week playing Pokemon GO. I caught a relatively newly released Pokemon and a new shiny. I got not one but two Sinnoh stones, meaning I got to do 2 evolutions. And I participated in January 2019 Community Day. Here’s the highlights from the past week, ending January 13.

While getting my hair done I noticed a silhouette on my Pokemon GO tracker. Seeing a silhouette in the tracker instead of a Pokemon means it’s a Pokemon you haven’t seen or caught yet. Being a fish I knew it had to be Finneon, who I’d been looking for for about a week already. This resulted in a nice little search, because frankly I’m impatient and wanted to catch him. Finneon (#456) is a Gen 4 Water type Pokemon. He is very handsome. 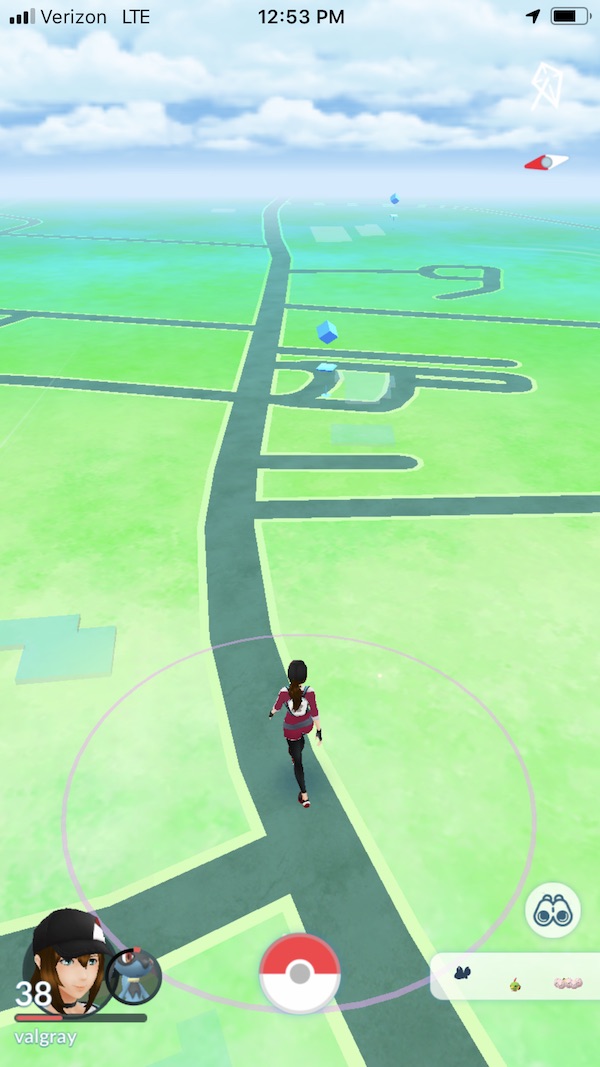 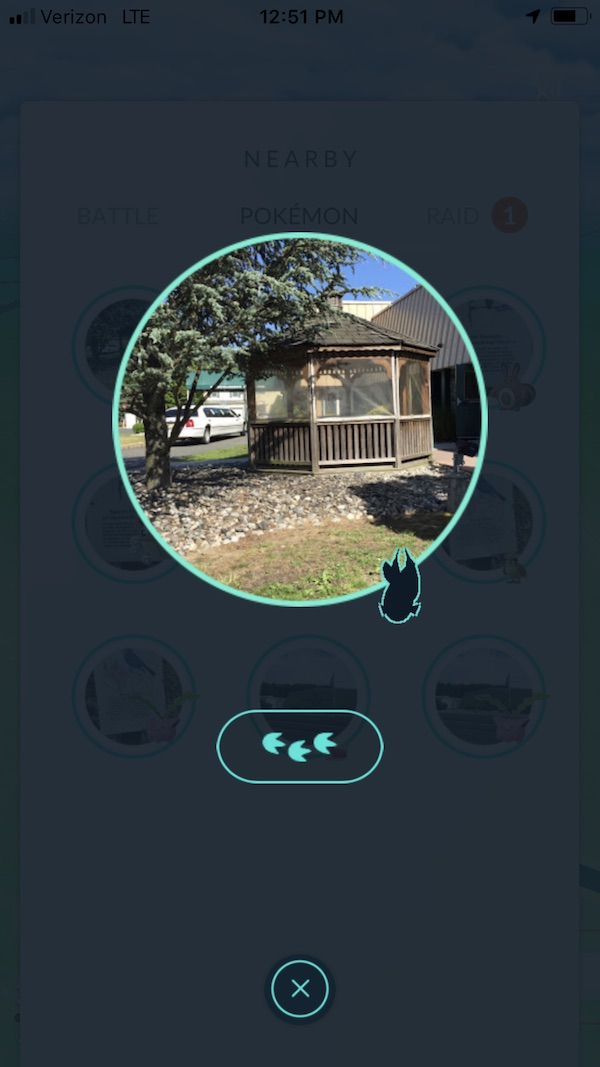 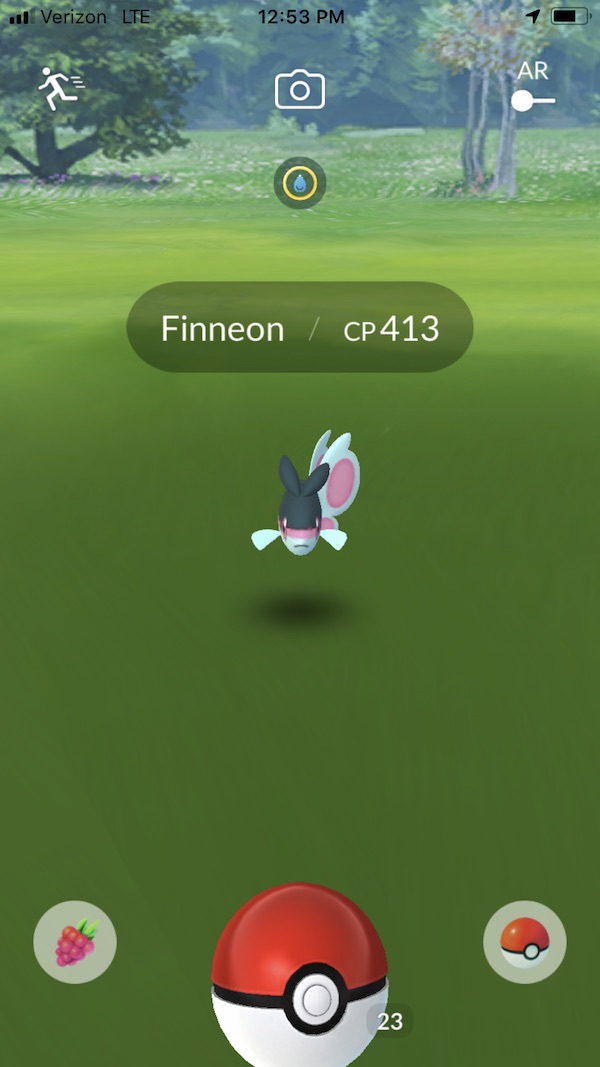 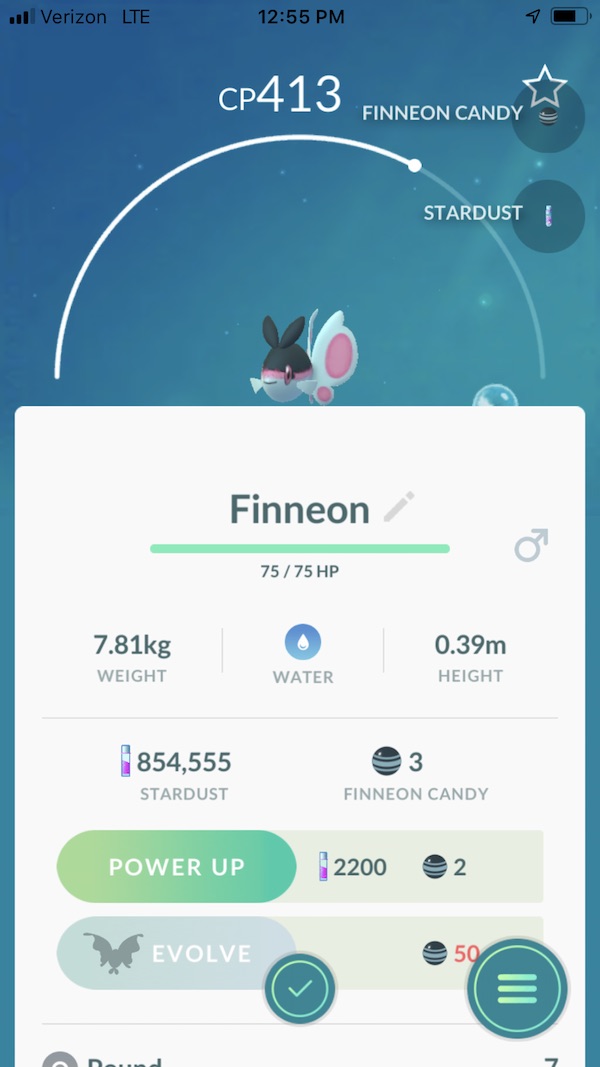 I also caught a shiny Pinsir in the wild. Pinsir (#127) is a Gen 1 Bug type Pokemon originally found in the Kanto region. Pinsir is usually brown and I really like the purple color of the shiny version. 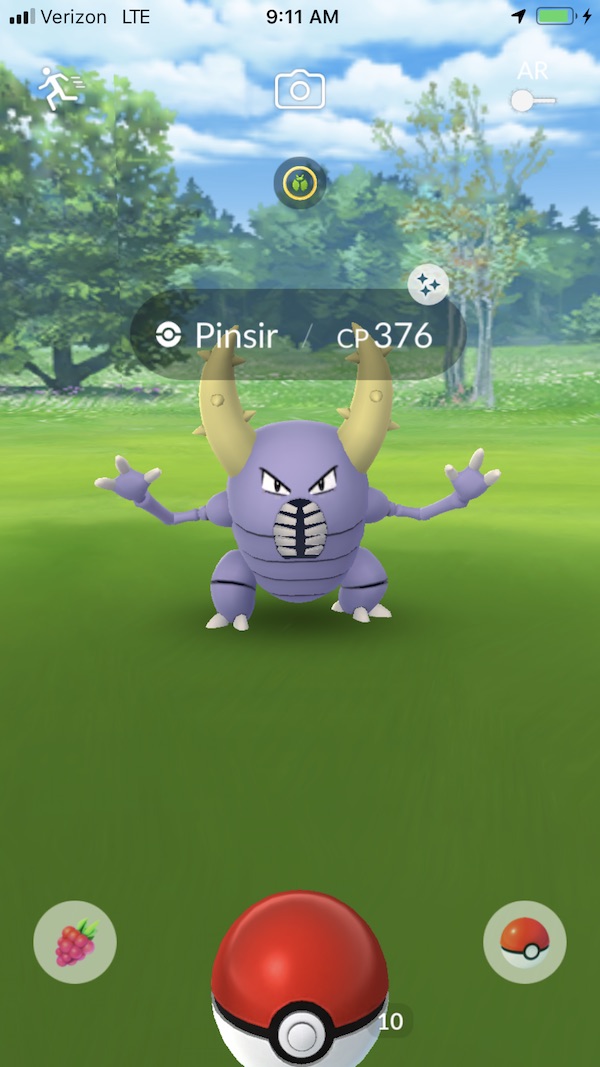 I finally got another Sinnoh stone! I got this one for completing research. After going through my Pokedex and looking at the possible evolutions I could do with this stone, I chose to evolve my Togetic into its Gen 4 form Togekiss. 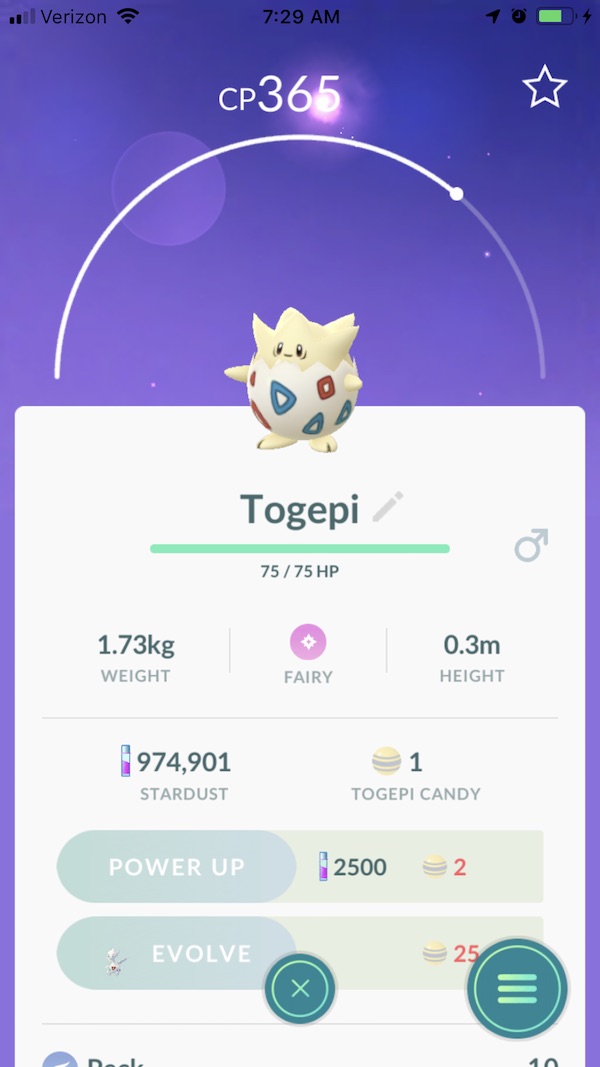 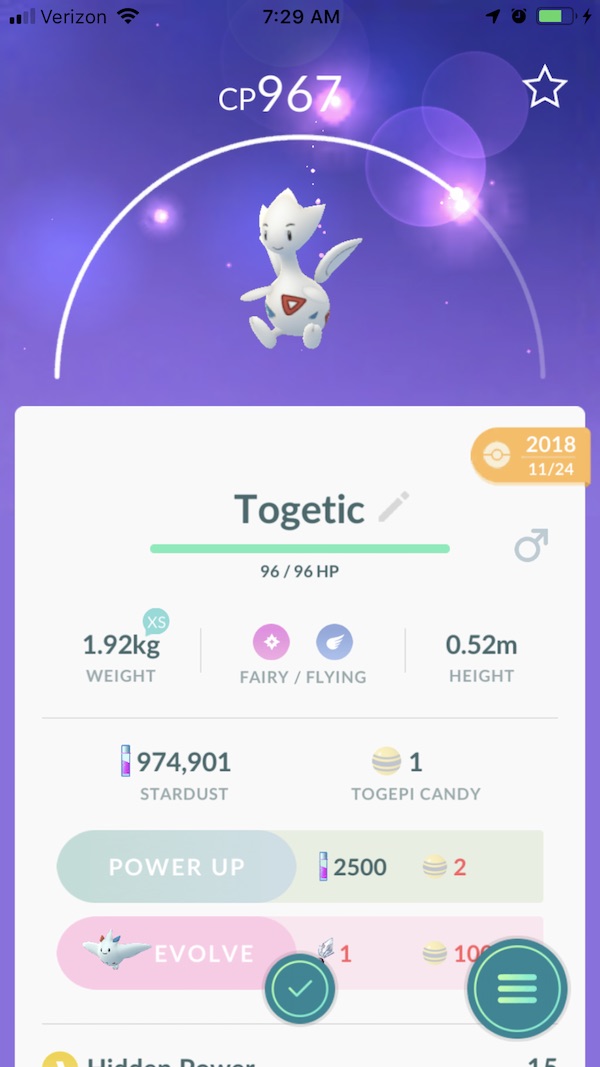 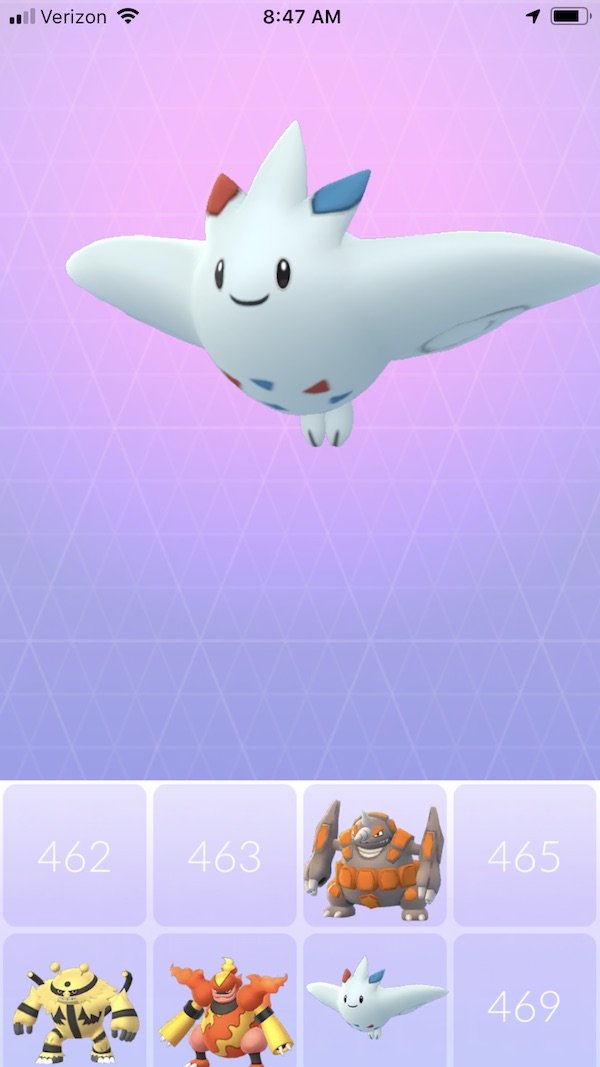 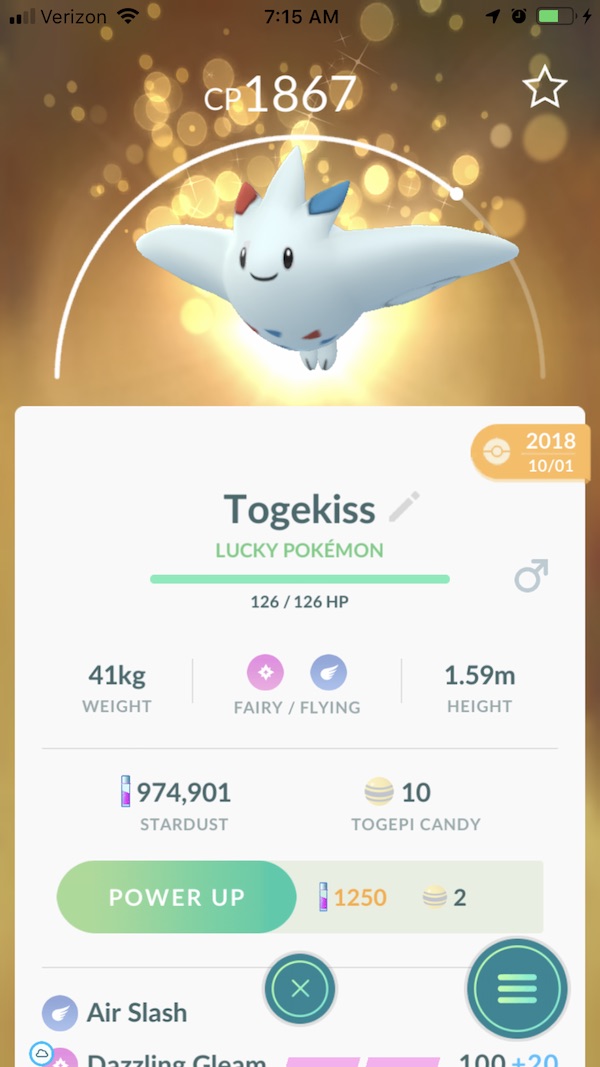 I happened to get a second Sinnoh stone this week. I was challenged to a PVP dual. I lost and received the stone as a consolation prize. I chose to evolve Gligar with it. 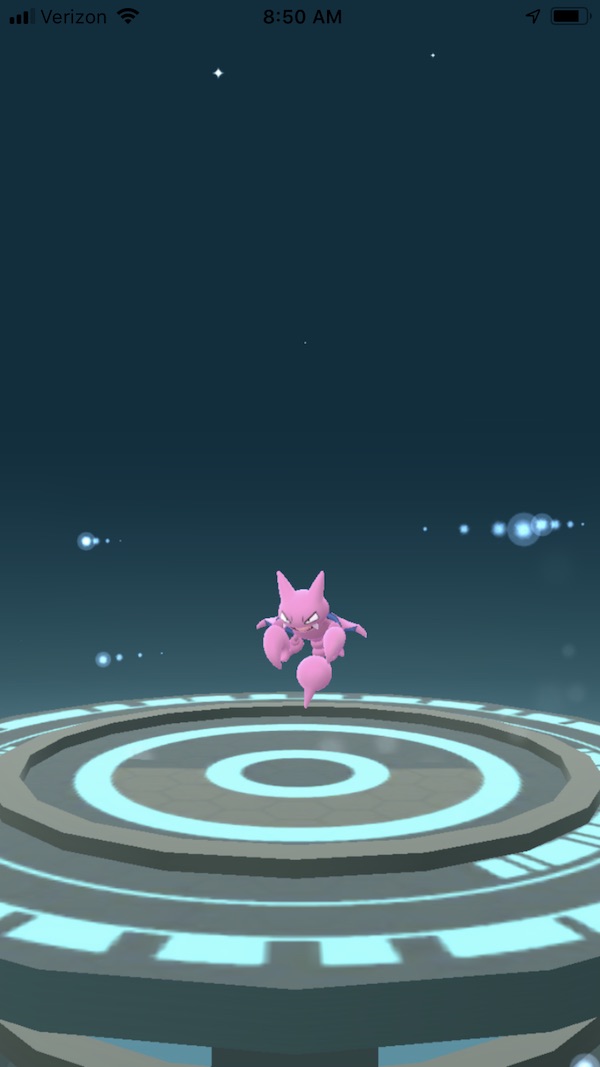 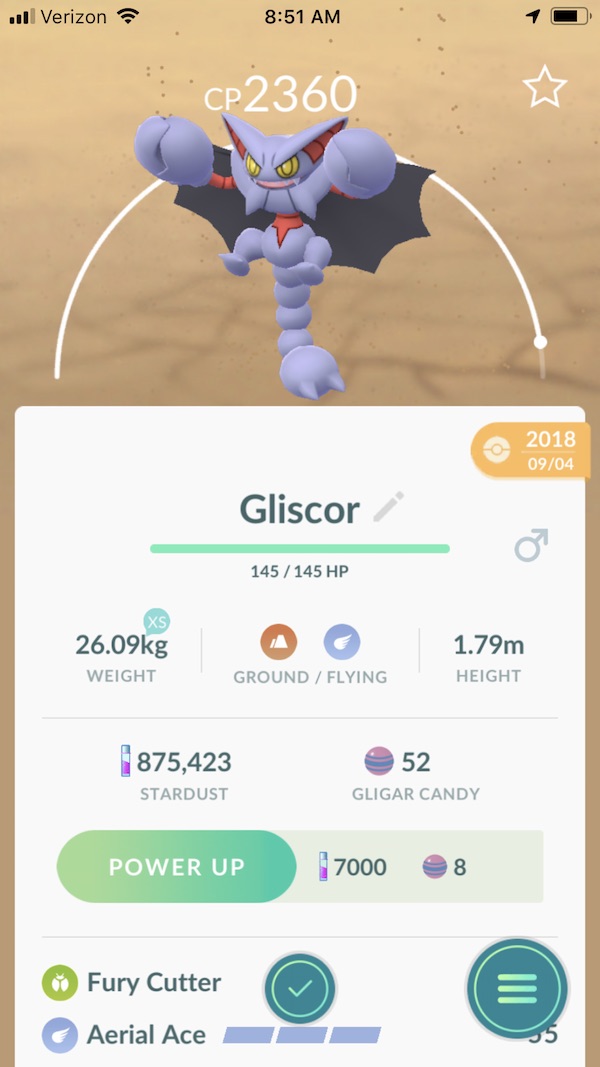 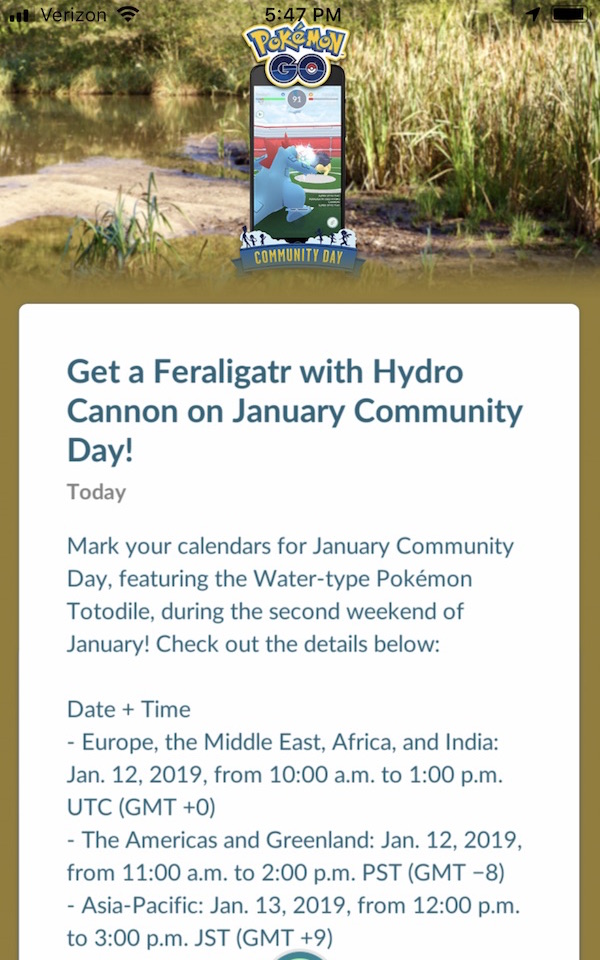 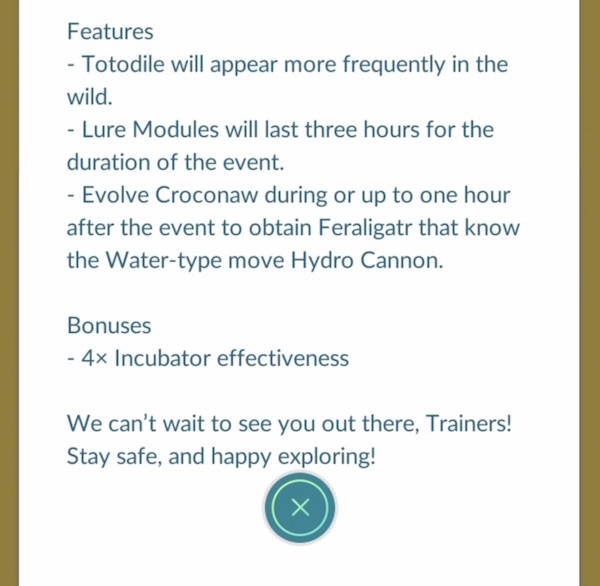 This month’s Community Day featured Totodile. Totodile (#158) is a Gen 2 Water type Pokemon originally found in the Johto region. For Community Day, which fell on a Saturday, we went Downtown. It was a very brisk 34 degrees. While it was cold, it thankfully wasn’t windy or precipitating. Pokemon GO Community Day lasts for 3 hours. We spent about 2 of them outdoors walking, I couldn’t do more because my foot was really starting to hurt. I caught a good amount of totodile, including 5 shinies. This month’s Community Day also featured 4x Incubator effectiveness, which means eggs only took 1/4 of the time they usually take to hatch. I hatched every egg I had. While it was nice to have a good amount of hatches in that short time, none of them yielded anything new or super exciting. 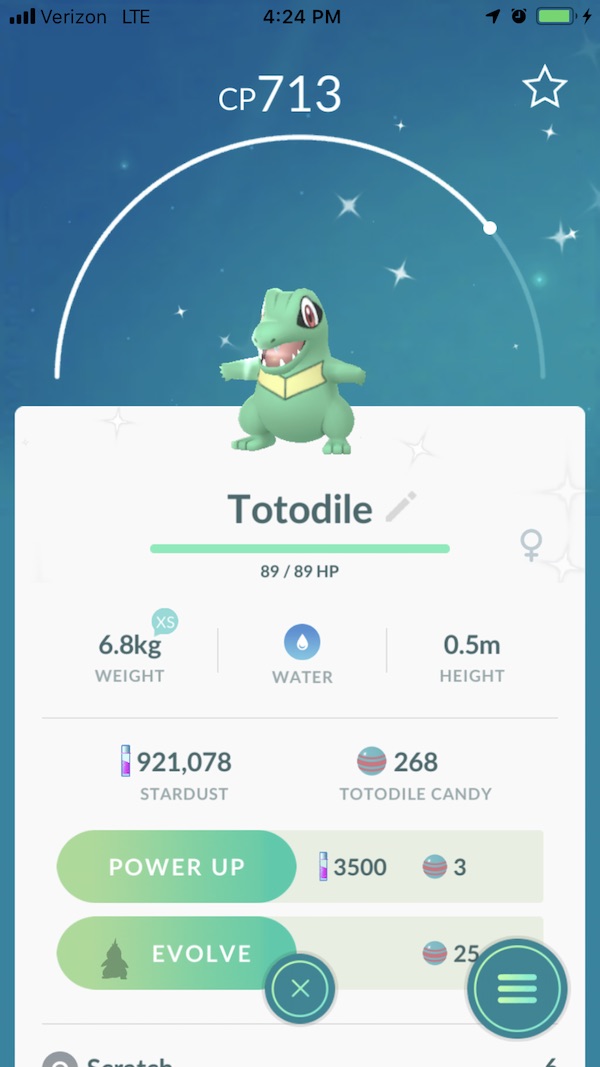 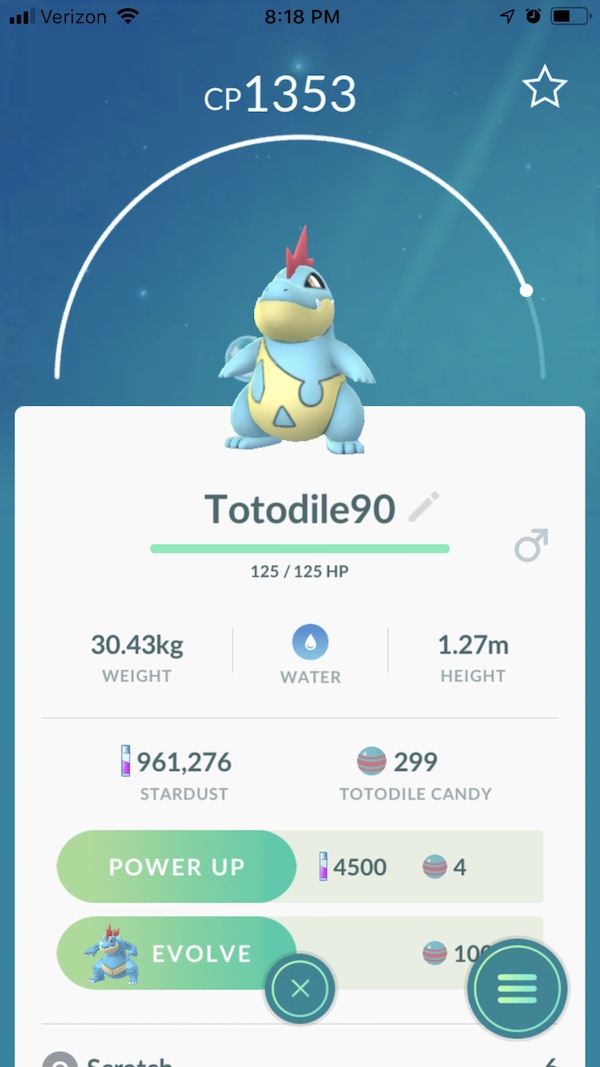 Totodile evolves into Croconaw with 25 candies. Croconaw (#159) is a Gen 2 Water type Pokemon. I evolved one of my shiny Totodiles into a shiny Croconaw. 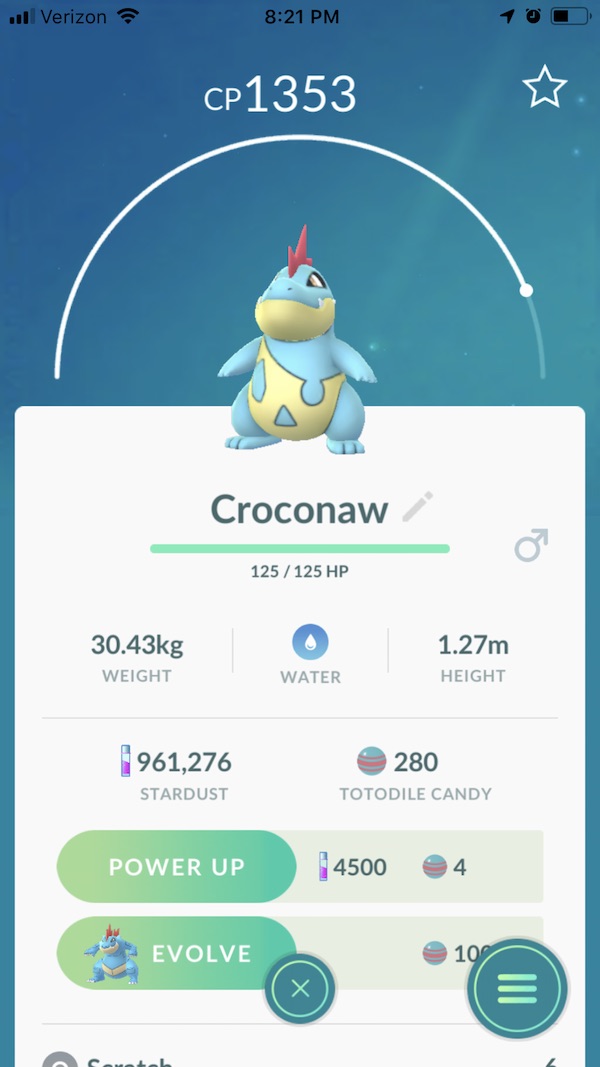 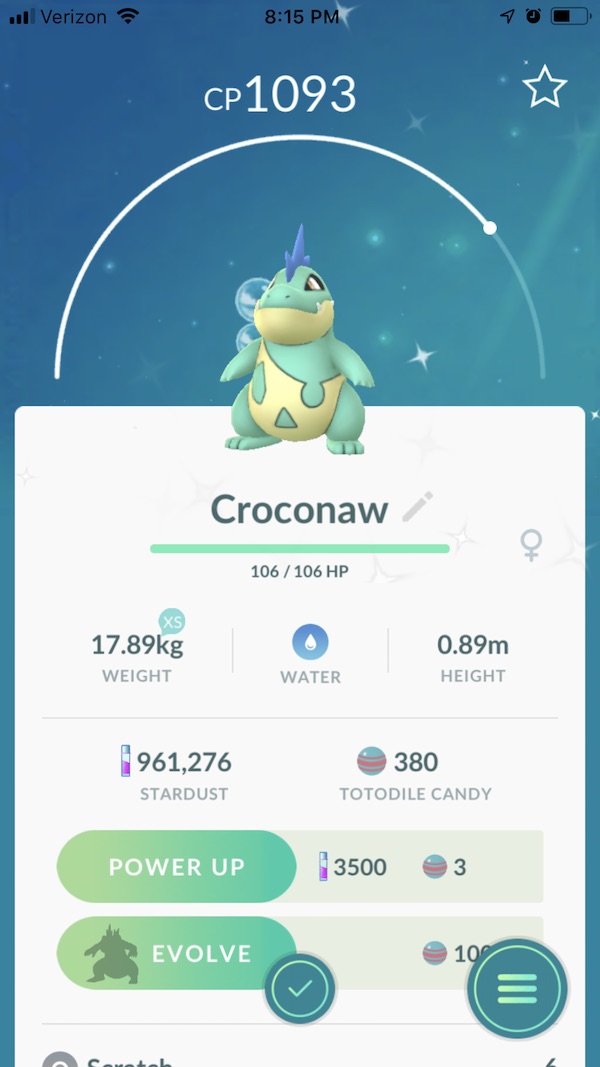 Croconaw evolves into Feraligatr with 100 candies. Feraligatr (#160) is a Gen 2 Water type Pokemon originally found in the Johto region. I evolved one of my shiny Totodiles into a shiny Feraligatr. 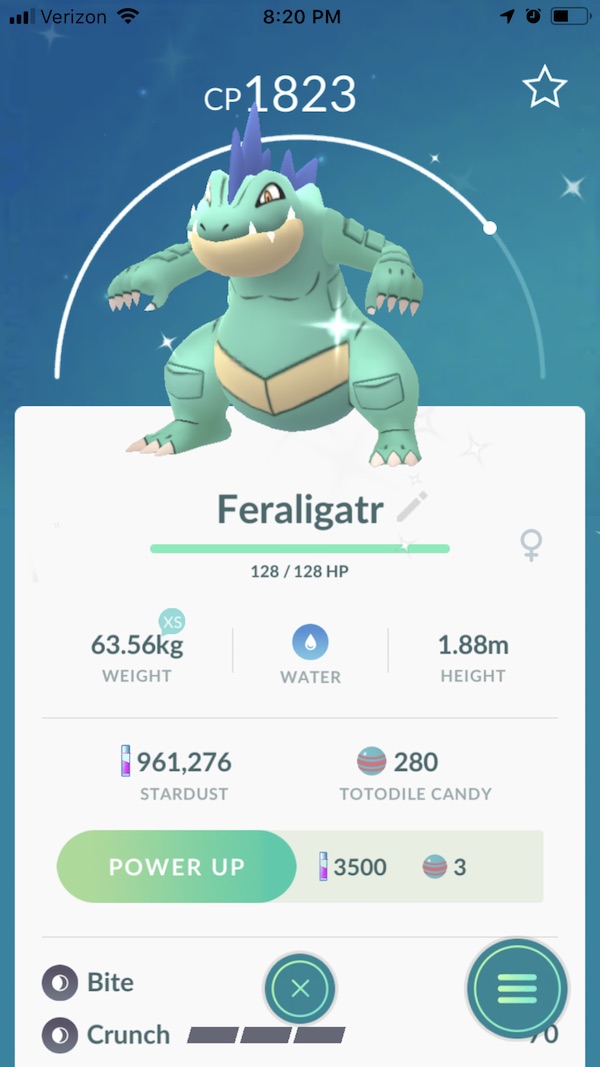 Do you play Pokemon GO? How was your week? Did you participate in this month’s Community Day?