The product(s) featured in this post was provided free of cost to me. This post has not been monetarily compensated. Please note that, as always, any personal opinions reflected in this post are my own and have not been influenced in any way. 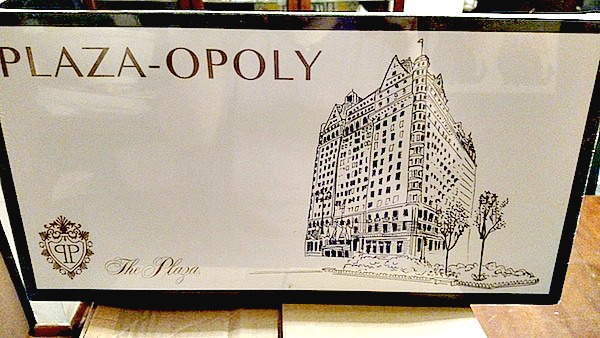 Monopoly is one of my all-time favorite games. I have played it for as many years as I can remember. As  the years have gone by I’ve seen other renditions of the classic board game be released. One of the new ones released this year is Plaza-opoly, a board game sure to tick;e the fancy of any New Yorker or die-hard traveler. Instead of the typical properties and utilities, game players are able to buy, sell and trade suites, shops, services and restaurants based on the iconic New York City hotel. The game is like the familiar Monopoly but with the class you’d expect at the Plaza. Players don’t go to jail, they go to hotel security. There is no passing go, instead players check into the hotel. Here’s some more info on the game, which you will find me playing with family over the holiday break. 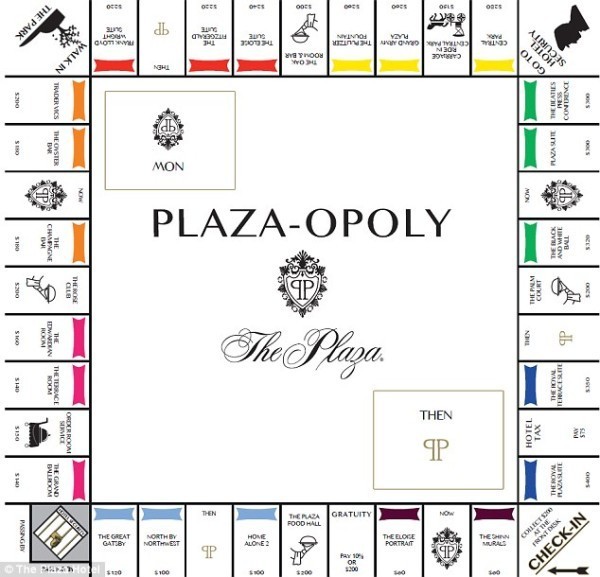 True to form, the game features Plaza-inspired instructions, playing cards and themed board spaces. Players can challenge one another to become the wealthiest winner by purchasing hotel-branded squares all while indulging in a whirlwind of excitement through the landmark’s timeless, captivating and unforgettable adventures.

Travel the board with one of six game tokens of classic characters and amenities inspired by The Plaza, including: Eloise’s pug dog Weenie, her turtle Skipperdee, a luxury car, champagne bottle, tea cup and (The Big) apple. After checking in at the Front Desk, players roll the dice to move around the entire board and begin their journey through the wondrous world of The Plaza via The Rose Club, The Eloise Suite, The Plaza Food Hall and even Home Alone 2– a pop culture favorite filmed at the hotel. Players can take their winnings straight to the bank and purchase their favorite Plaza destinations such The Champagne Bar, explore The Great Gatsby in The Fitzgerald Suite, The Grand Ballroom and The Shinn Murals. Each space has a corresponding Title Deed Card that provides a value and details of each of the location. Gamers are further drawn into the world of The Plaza with cards such as “Order Room Service,” “Carriage Ride in Central Park,” The Grand Army Plaza and more. However, gamers have to play their cards right to avoid being sent to Hotel Security.

Plaza-opoly players will experience the property’s past and present through the “Now and Then” cards that take guests on a journey of historic moments and locations throughout the hotel. Move ahead of opponents with a “Now” card by heading to The Palm Court for afternoon tea, or travel back in time with a “Then” card, advancing to The Terrace Room, where Marilyn Monroe once had an infamous wardrobe malfunction, sneak into The Beatles’ Press Conference or receive an invitation to the coveted Black & White Ball.

Plaza-opoly is available for purchase at The Plaza Boutique in The Plaza and retails at $60.00.

Spruce Up Your Holiday Decor With ProFlowers Rustic...

Which reminds me that I can’t find my classic game!

This looks like loads of fun. We love all the different varieties of Monopoly we’ve tried. I’ll have to look for this one.

Oh that’s cool. I love finding fun games like this.

We have a number of the ‘opoly’ titles in our collection, but not this one. It would make a very unique gift!

I have never been to NYC but it’s on my someday list! Monopoly is a family favorite although no one dares play with my husband because he takes it super seriously.

thats the fanciest monopoly game i’ve ever seen!! but how fun!