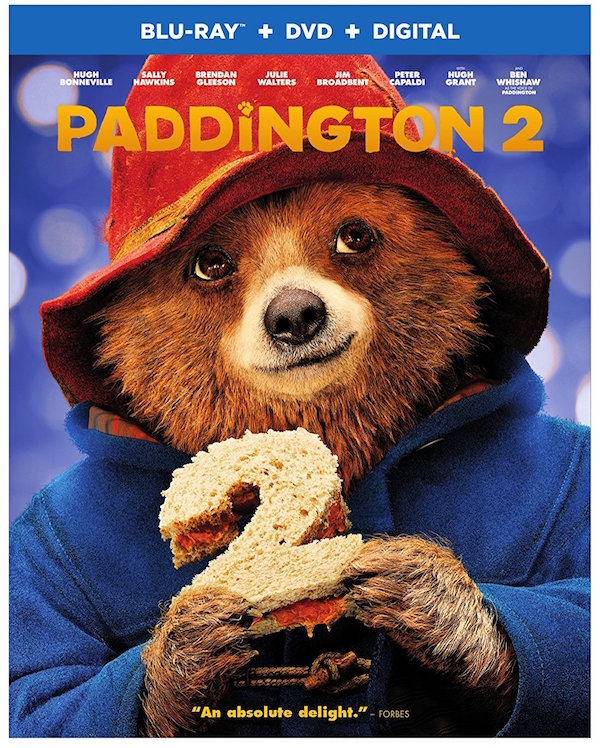 Paddington, now happily settled with the Brown family in Windsor Gardens, has become a popular member of the community, spreading joy and marmalade wherever he goes. While searching for the perfect present for his beloved Aunt Lucy’s 100th birthday, Paddington spots a unique pop-up book in Mr. Gruber’s antique shop, and embarks on a series of odd jobs to buy it. Hilarity and adventure ensues when the book is stolen and Paddington and the Browns must unmask the thief.

Paddington’s return to the big screen was again helmed by BAFTA-nominated director Paul King (“Paddington,” “Come Fly with Me,” “The Mighty Boosh”) from a script written by King and Simon Farnaby (Sky TV’s “Yonderland,” “Mindhorn”), based on the best-selling and internationally adored books by Michael Bond, creator of Paddington Bear.

Paddington is a totally cute and endearing character. He’s always getting into thing, often unintentionally. As with the first Paddington movie, there are plenty of hijinks and laughs. This movie is a must have for your upcoming family night, as family members young and old will find their heartstrings being tugged by the curious bear.

We never made it to see Paddington 2, so I’ll have to pick this up sometime. The first movie was so cute, and I would love to see this with my girls.