Inseparable: How Family and Sacrifice Forged a Path to the NFL 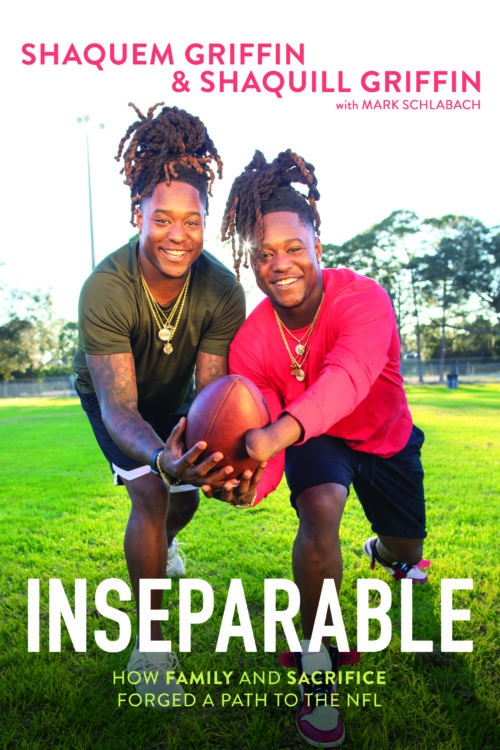 Inseparable: How Family and Sacrifice Forged a Path to the NFL

As a child I was taught by my parents to work hard for the things I want in life. As a very young high schooler (I graduated st the age of 15), I quite frequently found myself being bullied, ostracized and judged. I didn’t have anyone to turn to, nor did I know of anyone that could relate or potentially inspire me to ignore the treatment I received. I have at times wondered what life would have been like back then if I had a sibling that I was close to, to turn to or draw inspiration from. The upcoming release of “Inseparable: How Family and Sacrifice Forged a Path to the NFL” tells the story of two brothers working together to overcome obstacles and play in the NFL.

How Do You Test The Strength Of Your Dreams?

“Nothing comes easy.” That’s been the motto for twin brothers Shaquill and Shaquem Griffin ever since they were kids, both dreaming of future glory in the National Football League. And that’s the path they still follow each day. Rain or shine, in season and out of season, no matter what tries to stand in their way. You have to put in the work, because nobody can earn it for you.

Inseparable is the Griffin brothers’ story of working together to overcome every obstacle in their path. And there have been plenty of obstacles—from striving to stand out in Pinellas County, Florida, to navigating prejudice and dishonest coaches, to Shaquem working through his limb difference to become the first player drafted into the modern NFL with only one hand.

Identical twins Shaquem and Shaquill Griffin were born on July 20th, 1995 to parents Terry and Tangie Griffin in St. Petersburg, Florida. Shaquem was born with a prenatal condition that led to him having his hand amputated at the age of 4. Since that time, with his brother always at his side, he has been proving to people that one hand doesn’t make him less of an athlete or person. Growing up, both boys excelled in football and track, and the twins went on to play together at The University of Central Florida. In 2017, Shaquill was drafted to the Seattle Seahawks as a third round pick, where he was joined by Shaquem in the fifth round of the draft in 2018. Shaquem is the first modern one-handed player in the NFL and was awarded the NFL Game Changer Award in early 2019.