The product(s) featured in this post was provided to me free of cost to me for inclusion in the holiday gift guide. Please note that, as always, any personal opinions reflected in this post are my own. 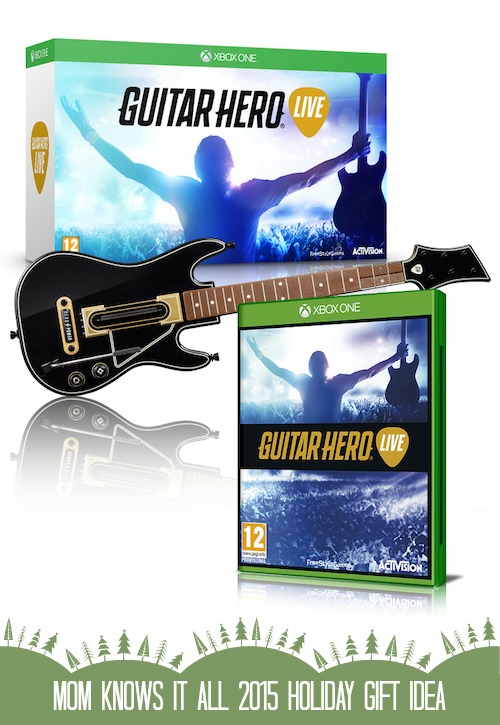 Pricing varies depending on where you buy, the typical bundle containing the game and one controller price ranges from $69 to $99. There’s also a bundle available with two controllers.

This game is available for purchase on the Guitar Hero website. It’s also available from other online retailers and in select retailers.

This game is not for use by children under age 3 as the product has small parts.

If you’re read Mom Knows It All for a while you probably recall seeing me mention that we all love music in my family. The love for music shows in many ways, including video games. My oldest son grew up playing Guitar Hero. Each time a new version was released we’d get it and he’d tackle it right away.  He wouldn’t come up for air until he’d aced each song, playing the expert level. Once, while in a big box store, he decided to play a demo unit while I was shopping. He drew a crowd. (My first experience with girls oogling my son.) He even won a contest held at a local restaurant, beating out competition of teens and even some adults. After a time, the new releases stopped coming. Then, in 2015, Activision gave the old favorite an overhaul, releasing Guitar Hero Live.

Here are a few highlights of the new features introduced with Guitar Hero Live. 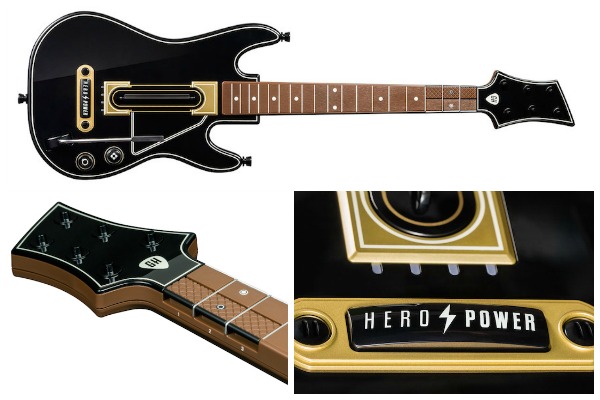 The wireless controller comes with a USB adapter and is easy to set up.  The five brightly colored buttons that you used to need to press to play the game in past versions are gone. There are now two rows of three buttons. Beginners start on the bottom row. As the player progresses they move to using both rows. The player sees the notes as either a guitar pick outline or a solid guitar pick, depending on how they’re playing. The strum bar and whammy bar provide old-school backup to the new 6-button layout that makes the game easier to pick up yet more challenging to master.

Here’s a brief video with the designers explaining why they made this change.

Guitar Hero Live gives you more ways to play together with the introduction of vocals! You can sing along with the Guitarist by simply plugging in a USB mic, and using lyrics that will appear above the guitar’s note highway. 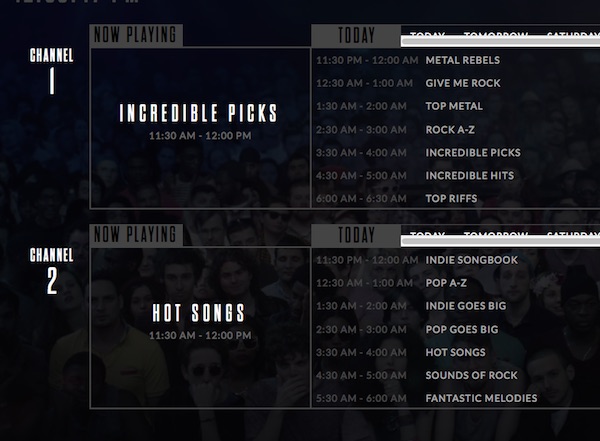 GHTV is a continuous broadcast of music videos where you and your guitar controller are the star. Hundreds of videos will be available at launch spanning all different genres of music, with new videos continually added to the line-up. You’ll be able to discover and play new songs all the time.

Turning on GHTV is similar to turning on your regular TV. Pick a channel and dive right in. Don’t like what’s on? Just switch over to another channel and play a new song. Every 30 minutes the “show” you can choose changed to a completely different set of songs that is distinguished by genre or era. Much like walking into a live venue, you may enter a show and find a song already in progress. Jump in or just wait a minute until the song is over. You’ll earn in-game currency in GHTV that you can use to play songs on demand or to acquire a ton of different items in the game like custom note highways, playercards and more. The player doesn’t own the songs played on GHTV, so they cannot be downloaded. You can unlock things during play to earn more free plays, or you can purchase a block of time to access all content. Along the way you’ll earn the use of new Hero Powers and you can level up your guitar. Hero Powers, similar to Star Power back in the day, can be used to gain a competitive edge and achieve new high scores. 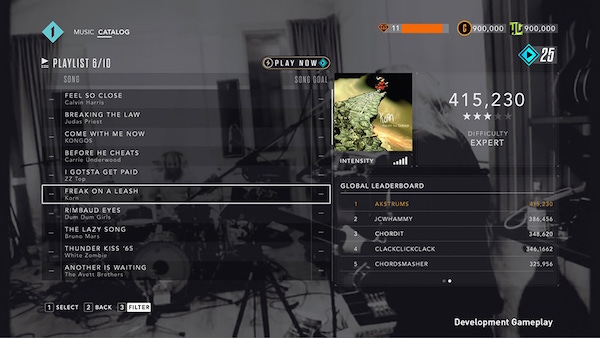 GHTV makes it more fun to play with your friends than ever. While one person is playing, everyone else can watch the videos. You can also hook up a second guitar and/or a microphone. Plus, GHTV delivers exciting competition, no matter your skill level. Compete in your living room or online with people from all over the world, playing at similar progression levels and difficulty as you. Check out the leaderboards to see how you stack up against fellow rock stars around the world.

Hundreds of songs are playable now; spanning multiple genres, from classic rock to metal to indie and more. There’s something for everyone, and new songs are frequently added. 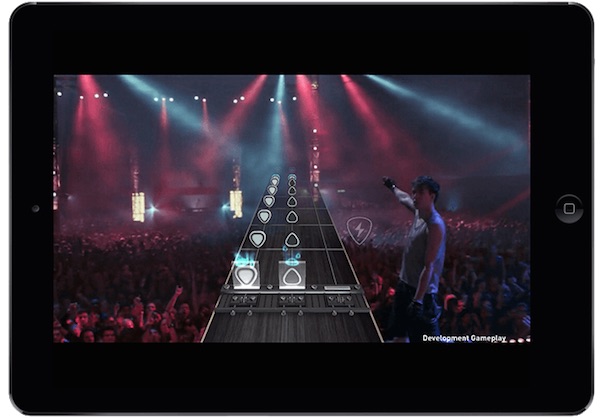 Rock out at home, or on the go. Guitar Hero Live is available now on iPad, iPhone, and iPod touch devices, and Apple TV. It comes with the redesigned six-button guitar controller, which connects through Bluetooth so it can be used across all supported Apple devices.

Guitar Hero Live will surely be one of the top gifts of the year 2015. It’s a must have for the music lover in your life.

How To Get Apps (And Google Play Credits) For Free

This is really cool! We had the first version of the game and played it to death. It would be fun to revisit it!

I loved watching my grandson play at Denny’s–now he is grown up and Denny’s went out.

This game looks like it would be a ton of fun to play. I will have to pick up a copy to play over the holidays.

That’s fun that he drew a crowd playing. I haven’t ever tried to play it, but my kids have all done it and liked it, except for the youngest. I bet he’s old enough now to like it too. 🙂

Major Guitar Hero nerd right here so I’m totally stoked about this game and playing it! I love it, and it’s so much fun! I may or may not have watched the trailer 3 or 4 times. 😉 LOL!

We bought this for our son for Christmas. I can’t wait to play this!

I remember when Guitar Hero came out years ago. We had so much fun with it on New Year’s Eve with the family.