A DUI Affects More Than Your Driving Record

written by Valerie, Mom Knows It All
9 comments
FacebookTwitterPinterestEmail 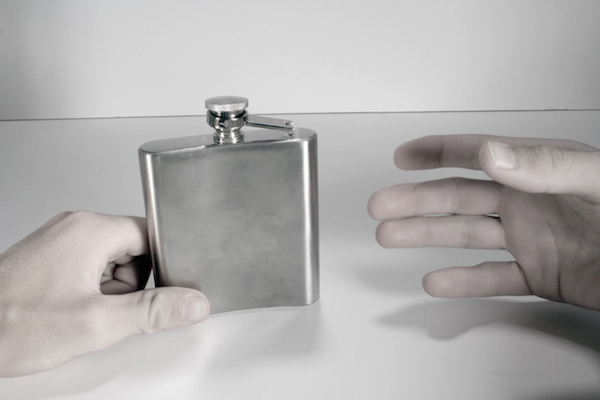 A DUI Affects More Than Your Driving Record

Drinking alcohol at a social event and then driving home intoxicated can lead to many legal problems. Although you may think that you are driving correctly, it’s easy for trained traffic police to observe signs of drunk driving, like weaving on the road or not waiting at a stop sign. If you’re pulled over, you could be arrested if you’re 21 or older and your BAC (blood alcohol level) is 0.08% or higher.

The consequences can be serious, causing financial risk at work, as well as a litany of fines, fees, and penalties.

There are many ways a DUI could harm your work and affect your income, whether you work for a company, work as an independent contractor, work as a self-employed professional, or run your own business.

If you are employed, you may lose your job. An employer has the legal right to terminate your employment. While the employment laws can protect you from losing your job due to an unfair bias, most job contracts do not protect someone convicted with a DUI. Incurring a felony is considered a clear violation of the contractual relationship between an employee and employer.

If you are an independent contractor who is performing a transportation job for an agency—say, a truck driver or taxi driver—you can have the contract terminated since this a DUI is considered a gross misconduct that could affect how you do your job. You can also lose the right to state unemployment insurance.

If you are a professional or member of an association, like an accountant, doctor, or lawyer, you can lose your association’s license to practice your trade.

In some cases, you may be considered a professional because of your influence on the community. For instance, if you are a teacher, the school district could terminate your contract or fail to renew it in the future.

If you run your own business, you may face financial consequences indirectly for a number of reasons:

The penalties for first time drunk drivers are stern, but become severe for those who have been convicted before. Although punishment may differ in different states, advocacy groups have ensured that they are fairly comparable.

After an arrest, the first stop is court. Here you will get a DUI, DWI, or OWI if you failed the blood alcohol test. You can be convicted even if you did not behave in a drunken way, like slurring or staggering, or driving dangerously, like weaving across lanes or not using turn signals.

After court, you will face fines and fees, and you will probably have your license revoked. Although the laws differ from one state to the next, they usually include court fines, court costs, license revocation, and jail time. How long the license is revoked or if one goes to jail depends on the severity of the charge and state laws.

Once the time period has expired for the revoked license, it is not simply handed back. You may have to earn it by going to a defensive driver school or some other educational program. Before the education program starts, you may require counseling to evaluate if you have an alcohol dependency issue. If you do, you may have to seek rehab treatment as well.

While the exact order of fines, fees, and penalties vary, they may include the following:

Due to the high incidence of traffic related injuries and deaths, the penalties for drunk driving has increased over the past 10 to 15 years. If you get a DUI, DWI, or OWI you could experience a variety of hardships, from job loss to financial loss from a number of court-mandated expenses. There is a reason why the law is this strict. According to The Center for Disease Control and Prevention, “About one in three traffic deaths in the United States involve a driver with a blood alcohol concentration (BAC) of 0.08% or higher.”

Oh god yeah, it’s the height of irresponsibility. I can’t even imagine what would make someone drive drunk in the first place.

It always kills me to hear of people that get a DUI. I don’t understand how you could be so careless with your own life and those of everyone else on the road.

There are a lot of costs associated with drunk drive on top of the actual risks as well. So not worth the risk with all the other options of getting home out there.

GREAT reminders this time of year. I never understand how someone can think it’s okay to drink and drive. 🙁

The problem is, no one thinks about any of this 🙁 I know first hand how it affects work. My husband had to fire his good friend a few months ago because he was pulled over for drunk driving. It was definitely the meetings, and court hearings, etc that led to him being fired because he kept missing so much work.

I sometimes wish there were even more penalties associated with it. I consider the ones that get pulled over the lucky ones.

These sobering reminders are great for young people who tend to be a bit more careless to remember the consequences. Not to mention potentially hurting themselves or others!

It is SO not worth it to drink and drive. With services like Uber and cabs, it’s so easy to just hop into a car to get home safe!

Don’ forget the havoc and pain it causes for those who love you.