Disney and Little Orbit To Bring Planes: Fire and Rescue To Nintendo Platforms This Year

written by Valerie, Mom Knows It All
8 comments
FacebookTwitterPinterestEmail

My youngest son will be thrilled when Planes: fire And Rescue comes to the Wii!

Does your child have a favorite movie they’d love to see a game made for? Please leave a comment! 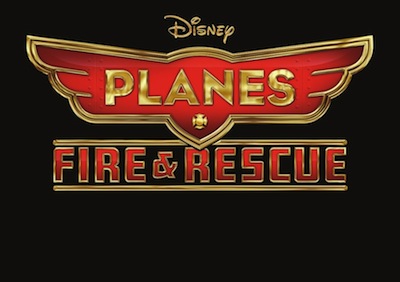 LITTLE ORBIT AND DISNEY INTERACTIVE TEAM UP TO BRING PLANES: FIRE & RESCUE AND VIOLETTA TO NINTENDO VIDEO GAME PLATFORMS
Planes: Fire & Rescue Features Adventure Inspired by this Summer’s New Movie, while Violetta Offers Immersive Musical Experience Based on Disney Channel’s Hit Tween Telenovela
Santa Ana, CA. – April 17, 2014 –Little Orbit announced today it is working with Disney Interactive to bring Planes: Fire & Rescue, based on Disney’s highly anticipated feature film of the same name, to North America, Europe and Australasia on Nintendo Wii™, Nintendo 3DS™ and DS™ this fall. The collaboration also includes the launch of a Violetta video game based on the successful tween telenovela, Violetta, from Disney Channel. The musical rhythm game will launch across European territories and in South America for Nintendo Wii™, Nintendo 3DS™ and DS™ this summer.
“Teaming up with Disney Interactive to expand the worlds of Planes: Fire & Rescue and Violetta on video game platforms is a great honor for us,” said Matt Scott, CEO of Little Orbit. “We know fans are going to love seeing their favorite characters come to life in these fun-filled adventures.”
Planes: Fire & Rescue will extend the storyline of the film, taking fun to the skies with action-packed fire-fighting. Players can embark on adventures with all their favorite characters from the movie.
Violetta will take players on an all-star experience as they experiment with music and rhythm and to become a star performer. Players will collect points to unlock costumes, art and more to customize their musical experience.
The games arising from this collaboration will be distributed in EMEA and Australasian territories by leading video game publisher and developer, BANDAI NAMCO Games Europe S.A.S.
For more information about BANDAI NAMCO Games and its entire line up, please visit the BANDAI NAMCO Games Europe official website at www.BandaiNamcoGames.eu
Little Orbit is a worldwide video game publisher formed in January 2010 with a focus on licensed-based entertainment products. The company’s emphasis is on working with popular creators to extend their vision into games through transmedia storytelling and engaging content for all gaming platforms.
Little Orbit has a unique history assisting major entertainment companies to leverage their brands through emerging game channels to help grow and engage consumers. Founded by industry veterans and key development, sales and marketing personnel, Little Orbit is focused on three primary channels of distribution including traditional game retail, non-traditional retail channels, and digital download over the various platform networks.
www.littleorbit.com

I am so excited for this to come out. We love the entire series!!

Disney Planes has to be one of the most perfect movies to be turned into a game. So fun!

I wish we still had a nintendo system 🙁 But we can’t wait to see the movie!

Disney just never stops at being awesome. That sounds like it could be a lot of fun! I have always been a nervous flyer, but love the idea of doing it virtually.

My nephew is a PLANES fanatic! He will love this!
Kas

Is it sad that I”m 25, and this is super exciting news to me?! How fun! Disney can do no wrong in my eyes. Great post! 🙂
xo,
Stephanie
Diary of a Debutante
http://www.thediaryofadebutante.com