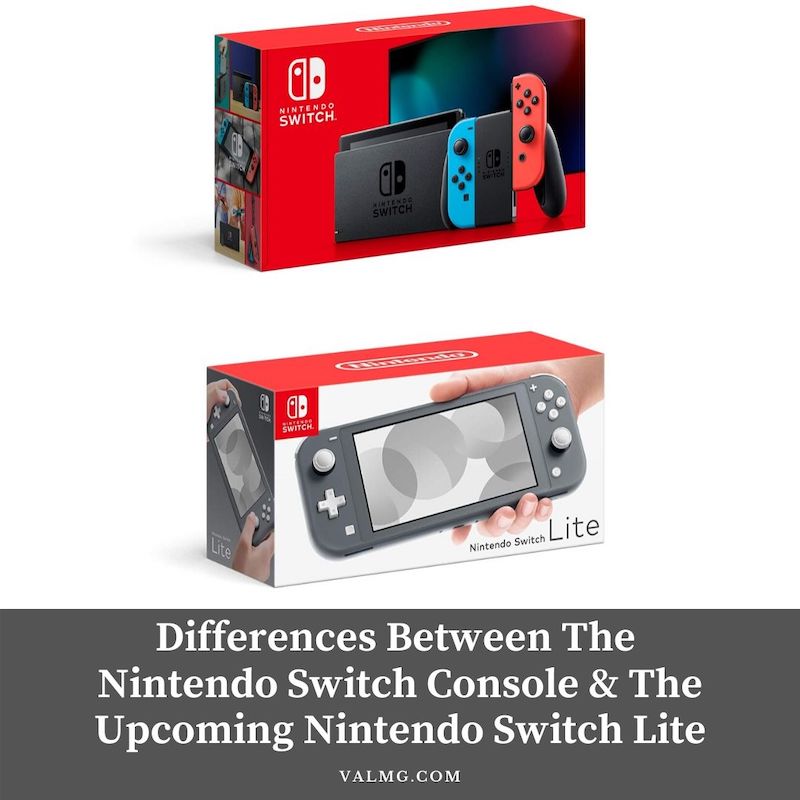 What is the difference between Nintendo Switch and Nintendo Switch Lite? The reasoning behind the release seems to be to better offer consumers an easy-to-use portable handheld device at a lower price. In this article, we are going to give an overview of the major differences between these game systems. Please note that since the Switch Lite doesn’t officially come out for a few more days that some information may have changed.

The Nintendo Switch console is a hybrid console that can work as a home gaming console system and as a stand-alone handheld device. The Switch comes up with Joy-Con controllers, motion sensing, standard buttons, tactile feedback, directional analog sticks, and few more features.

The Nintendo Switch Lite is an upcoming installment in the Nintendo product line that will work only as a handheld device, which means that the user will not be able to plug it in with the TV.

The Switch console weighs around 14.1 ounces while the weight of the upcoming Switch Lite handheld console is 9.8 ounces, which makes it 30% lighter.

There are some changes made in the design of the new Nintendo Switch Lite.  In the case of the Switch Lite, the buttons are permanently fixed while in the original Switch console there are two detachable Joy-Cons for gameplay.

The Switch has an HDMI as an output source while there is no output connection for the upcoming Switch Lite.

Pricing for the Nintendo Switch console price starts at around $300 while the cost of Switch Lite is around $200.

Learn how to turn your home into a smart home during a FREE Best Buy In-Home Consultation!

Save $1 on McCain Veggie Taters With This Checkout 51 Offer!