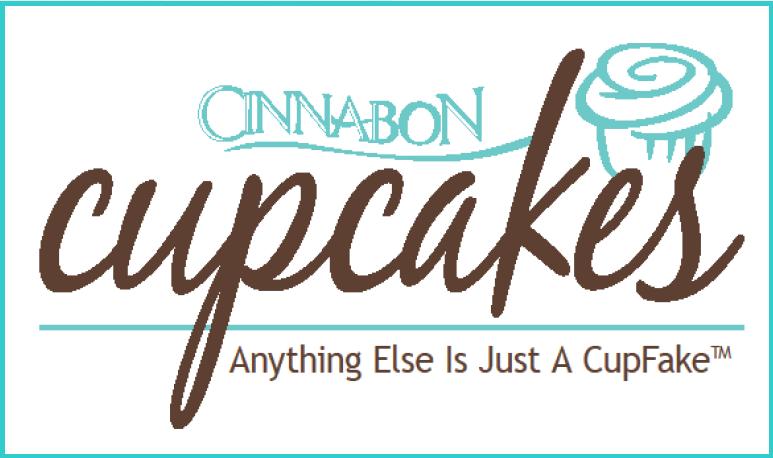 Back in March, I was told about a new line of Cupcakes from Cinnabon. Years ago, when Cinnabon was in our local mall, hubby would go there almost every weekend and bring home some Cinnabon cinnamon rolls. They were so yummy, especially when they were warm. Who doesn’t love an ooey gooey iced cinnamon roll? Anyway. I digress. Back to the cupcakes.

Cinnabon just launched a new line of cupcakes. In a move that is sure to turn the cupcake world upside down, Cinnabon is baking four delicious cupcake flavors, including, Cinnacake Classic, 24-Carrot Cake, Vanilla Bliss and Chocolate Passion. After enlisting the help of the original Cinnabon creator, testing hundreds of recipes and a secret ingredient, Cinnabon perfected their cupcakes – meaning they’re moist, irresistible, high quality and worthy of the Cinnabon name.

That’s what they told me about the Cinnabon cupcakes. Of course I was interested in trying them, who wouldn’t be! When I saw the picture of them on the website I knew I had to try them. Could food that looked that good taste that good too? Look at these cupcakes. 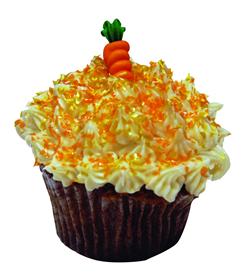 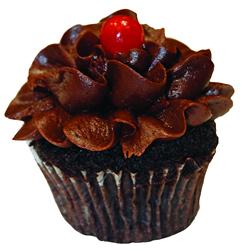 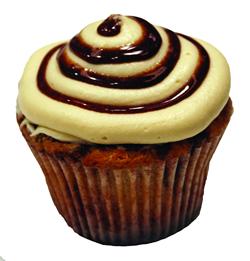 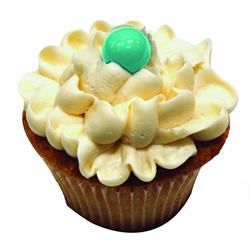 I accepted the review. A few days before Easter I received a $20 gift card for Cinnabon. Every year I go to the cemetery with my Mom to see my Grandma. I noted on the Cinnabon website that there weren’t any near my house but there were at least 3 Cinnabon stores in the vicinity of the cemetery. Sounded like fate, I’d be having cupcakes on Easter weekend. My Aunt used to bring delicious desserts but since she doesn’t leave the house any more we only have adequate desserts, nothing spectacular. I was so excited that this year would be different.

Good Friday morning we were up and out. We visited Grandma and then went to get the cupcakes. Our first stop was the Cinnabon store in Bayonne. I was a little bummed when they looked at me funny and told me they only made danishes. I figured they were so new the store didn’t have them yet and moved on. The next stop was the Cinnabon in the mall in Jersey City. They too were unfamiliar with the cupcakes. I had hope, one store left. Our final stop was the Cinnabon in the mall in Woodbridge. Would they have them? Nope, let down again. Apparently there would be no cupcakes and no great Easter dessert. I was seriously bummed on my trip home.

In the following weeks I telephoned the three stores from time to time, to see if they had the cupcakes. I figured it was smarter to call rather than drive the hour each way. Each time I received the same no. The gift card remained in my wallet. I was sure I’d never have a chance to use it.

Almost two months later,  my Mom called to tell me she’d seen THE cupcakes. It took me a minute to figure out what she was talking about. It seems she’d seen them in the Cinnabon store in the mall one county over. I happened to be in my truck on the way home from Northern New Jersey, where’s I’d been helping my brother LB2 pack and move. I was passing the exit for that mall so I figured why not.

I got to the Cinnabon store, where they were proclaiming these cupcakes were going to turn the cupcake world upside down. 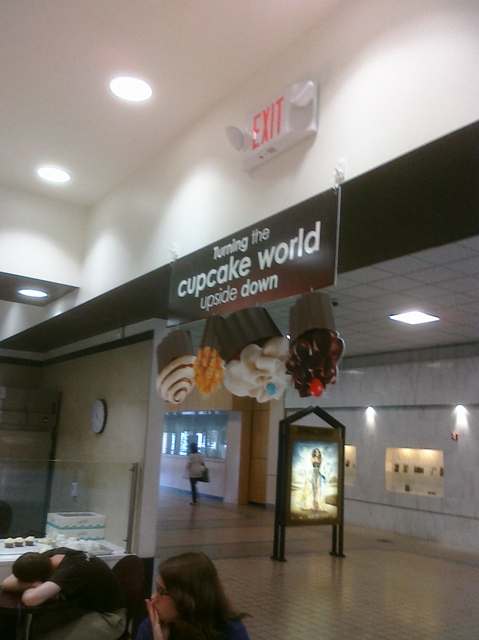 Salivating a little, I became hopeful when I saw the sign. But after waiting two months I wanted to see the real thing. I didn’t have to go far or wait long. 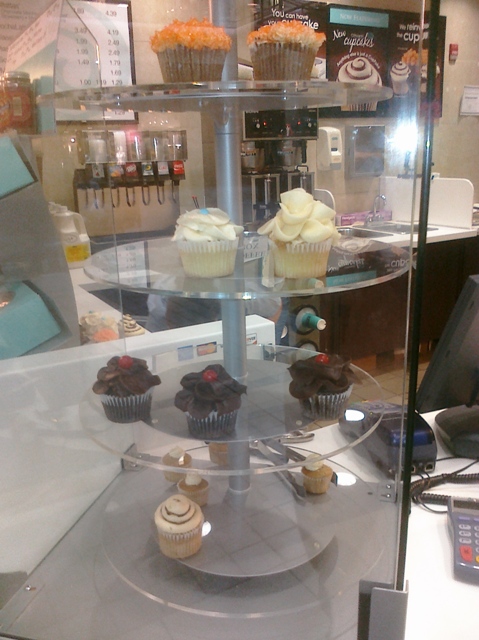 Yippee! There they were! They looked just as good as they had on the website! I told the woman behind the counter that I wanted a dozen. She looked at me and shook her had, explaining that orders for that many had to made ahead of time. I almost walked away. The lady behind me was discussing which one she wanted with her friend. Uh-oh! There was only one thing I could do. I asked to buy all eight cupcakes. The girl behind the counter was hesitant but started boxing them up. As I handed over my gift card the woman behind me sighed and walked away. Treasure in hand, I headed home. 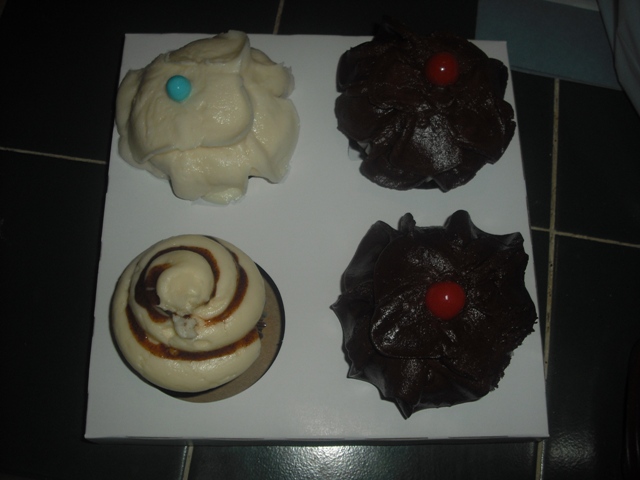 The cupcakes survived the 35 minute home only slightly worse for the wear. (I don’t have a/c in my truck so they wilted a little.) I’m sorry to say the cupcakes didn’t make it until Easter. They were gone within less than 24 hours. I didn’t even get a chance to get a picture of the other box, unfortunately. My favorite is the Cinnacake Classic – it tastes just like the Cinnabon danish but in a cupcake. Sooooooooo good! Perfection with a glass of milk or coffee. The cupcakes are soft and moist. The icing is rich and flavorful.   TJ’s favorite was the Chocolate Passion. Mom also liked the Chocolate Passion while Dad liked the Vanilla Bliss. We’re not big on carrot cake in our house so I asked my friend that loves carrot cake to check it out, she said it was delicious.

If you’re looking for something yummy, the Cinnabon Cupcakes are sure to please!

ONE WINNERS will receive a Cinnabon gift card of their own.

Leave an additional comment for each entry you qualify for. You must have completed the first entry according to the instructions to be eligible for any bonus entries.

US addresses only please. This contest will end on Sunday 06/13/10 at 11:59 pm est.  If you’ve entered any of my giveaways before then you know that only comments containing all of the requested information will be eligible for entry. The winner must contact me to confirm they wish to receive the prize within two days of my email notifying them they’ve won.  Good luck to everyone!

How To Make A Lucky Leaf American Flag Cake

I would like to try the Chocolate Passion cupcake.

I would love to try the chocolate passion! YUM!

I visited your moms site and commented on her Memorial Day post.

I commented on the Game Review Network. I didn’t know it was made up of a group of bloggers. Looks like a great place to find info on games for the kids.

I subscribed to your feed via email.

Hard choice,but I think I would go with the CinnaCake classic.

Oh Chocolate Passion for sure.

subscribed to your newsletter

thanks for the chance!

i’m subscribed to your RSS via Google reader!

i have your button on my blog!

OMGoodness those look so luscious!!!! I need to get my hands on the Cinnabon Classic and the Vanilla Bliss. I saw on the website that Cinnabon does fundraising so perhaps we can entice people to indulge and make our school some cash.

My favorite is carrot cake but would love to try them all.saltpepper1_2000@yahoo.com

Choc passion all the way!

Ok…now my mouth is watering!!! I would love to try the Chocolate Passion!!!

i most want to try Chocolate Passion

24 carrot cake, but honestly they all sound SO good – esp. before breakfast 🙂

I’m a subscriber, via Google Reader.

My mouth is now watering for the Vanilla Bliss cupcake!

I am a FB friend. I subscribe to your newsletter. I just happen to be going to that very mall this afternoon, I think I will check out the cupcakes!

I am a fanatical baker, and would LOVE to try these!

I’d love to try any of them! I love sweets

I get your feed.

the cinnacake classic and the chocolate passion and…;)

I would LOVE to try the Carrot Cake cupcake! Those all look delicious! Keeping fingers crossed and belly empty! Need room for those cupcakes. lol

Following you on Twitter! bynbynbyn is the name and OOOPS I forgot to mention that in my post for your other giveaway.

Tweeted about the contest!
http://twitter.com/bynbynbyn

I’d like to try the vanilla bliss. Vanilla – yummm!

1 – Friend me on Facebook. (at top of sidebar)
DONE. I’m victoria lester on fb.

I Subscribed to From Val’s Kitchen in reader
.-= Deb K´s last blog ..RandomLine SQUIGGLE On The Go Winner! =-.