Why We Celebrate Independence Day

Independence Day, or the 4th of July, is an important holiday. Unfortunately, there are a good number of people that do not know why we actually celebrate this day. It is not just a reason to have a cookout or a day off. Here’s a brief explanation of why we celebrate Independence Day. 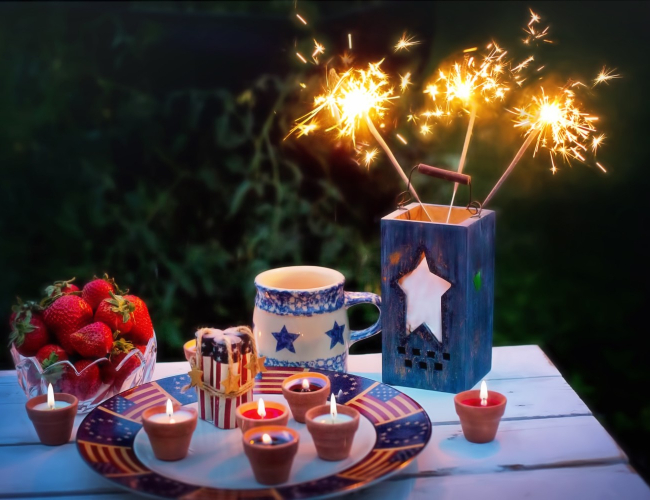 Today we celebrate Independence Day, with many people flying the American flag. If you aren’t familiar with the meaning of the flag’s design, check out yesterday’s post containing a brief American flag history.

If you are not up to date on your US history, July 4th, 1776 is the day that the colonies decided to declare themselves independent of Britain. By writing a very detailed decree, they decided that they no longer would need to be governed by the Kings of England that had been so very unjust to the colonists in the years before. On July 4th, America was born. We call the 4th of July Independence Day because this day was the day they declared independence from Great Britain.

Today, we celebrate the fact that we are a free nation that is not under the rule of another. But, there is more to the celebration of independence than just the fact that this is the birthday of the United States. In fact, there are many goals and ideas that are represented in this celebration that until this day we fight for and protect around the world.

The Declaration of Independence, the actual decree in which was signed the independence of the United States, stands as a symbol for all of the things that we, as Americans, believe in. What are the symbols that it stands for?

The right to live with the freedoms of religion, without persecution and with the ability to think and do for yourself.

The courage it takes to protect freedom. It took the individuals that signed the Declaration a great deal of courage to do so as they could have been hung for treason. We use this symbol as a means to remind us that courage is often needed in times when our freedoms are threatened.

A symbol that people can live in a country that is governed by its people and that every person in that country is a very important person for its well being.

We celebrate Independence Day for a number of reasons. We acknowledge how the United States of America was born and how many have died for that to happen. We celebrate the fact that we, as a nation, want all people to be free. And, we realize that without the courage and bravery of all those that came before us, we would not have the freedoms that we hold so very dear to us.