I am a #PurinaPartner and Beneful ambassador. Please note that, as always, any personal opinions reflected in this post are my own and have not been influenced by the sponsor in any way. 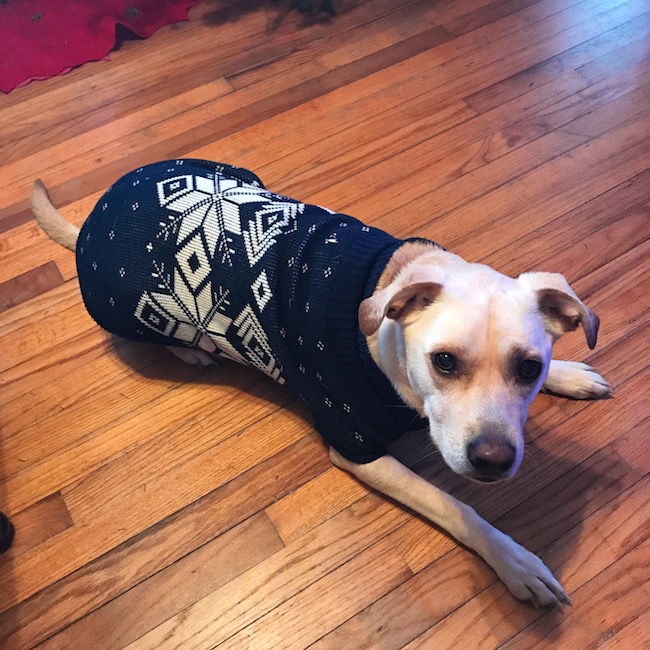 It’s hard to believe that this year is coming to a close. It seems like it’s flown by in the blink of an eye. It’s also hard to believe that our Dobby is three years old this month. I think of Dobby every day, obviously, but I especially think of him and how he came to be a part of our family during the holiday season.

Not sure this is what Rubbermaid had in mind when they designed their containers.

You see, I “rescued” Dobby in early January 2014. At that time, the man I got him from told me he was over 6 weeks old. It was after talking with the man about Dobby and his littermates that I discovered Dobby wasn’t getting fed any food, he was only being given milk. You know, vitamin D milk that you find in a grocery store. I had to bring him home, and it took a lot of restraint not to bring the other ten puppies too.

We took Dobby to the vet and learned he weighed less than 4 pounds and likely only about four weeks old. He was underweight and not getting proper nutrition. We had to put him on puppy food right away, and that’s how we were introduced to Beneful.

He got tired aftert getting dressed. I've had those days LOL. #puppies

Dobby is 4 lbs today, my #puppy is so tiny he doesn't even register on the scale by himself. He's getting ready to take like nap #9 of the day now, after which he'll go to bed.

Dobby has changed quite a bit since 2014. He’s happy, healthy and well nourished. He doesn’t look like that same tiny white puppy I found inside a plastic storage tub. Beneful doesn’t look like it did back in 2014 either.

Beneful’s big change came during this year. The change didn’t happen overnight though. The Beneful team spent the two years prior developing new dry food recipes. They spent their energies focusing on using ingredients that we dog owners are familiar with and want to see. To that end, real meat is now the #1 ingredient in Beneful’s beef and chicken dry foods. A new salmon variety is in the works, but first the brand has to work through its distribution channels to find enough salmon to update that recipe to list real meat as the #1 ingredient right now as well in the future. Furthermore, there’s no added sugar in any of the new Beneful dry food recipes. 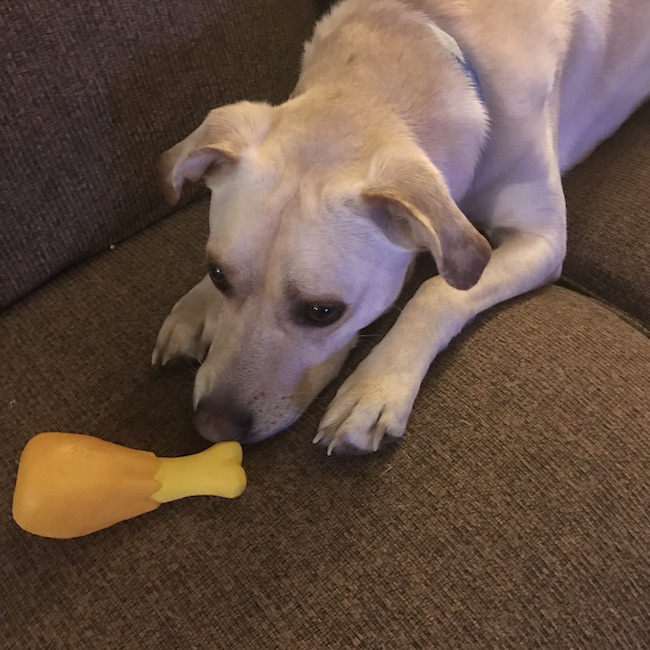 Dobby has been on the Originals Chicken for a while now. He has thrived on it. While he looks forward to meals, there is something that he really looks forward to even more than the bowl of dry food. Its the containers of Beneful stew that I give him with his dry food sometimes. He will stand there while I go into the dog food storage container and watch to see if I pick up one of the little plastic containers of the chicken stew or one of the chicken medleys. When he sees me holding one of those containers he goes a bit bonkers, and prances and wags his tail until I give him his bowl. 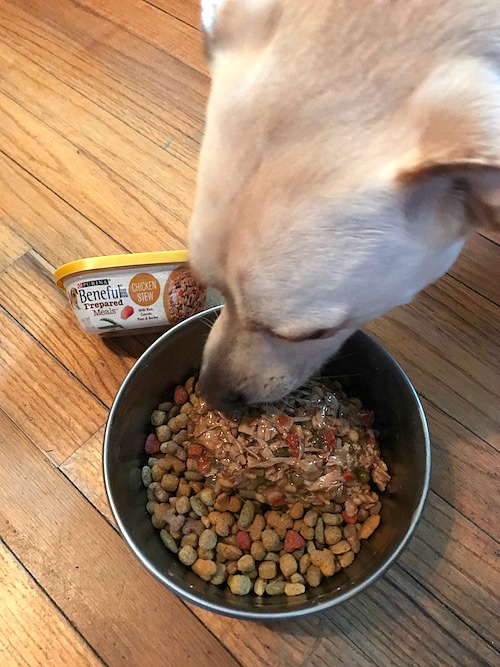 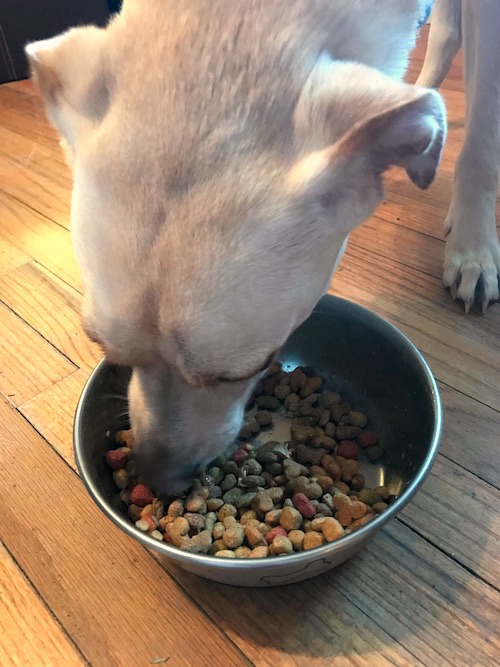 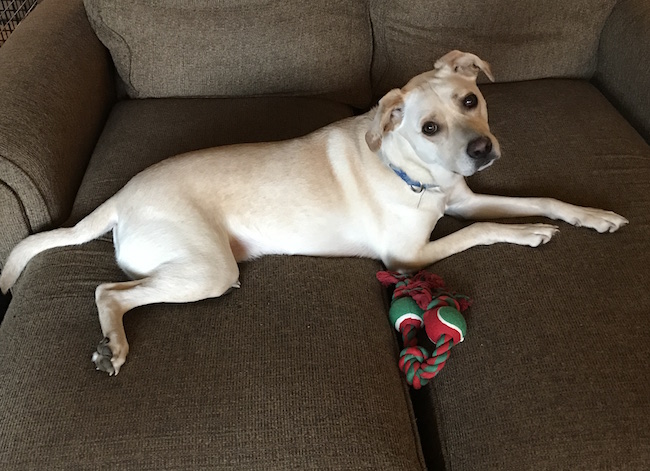 I’ve always spent New Year’s Eve at home. Generally by the time the ball drops or midnight strikes I am the only one home that is awake. This year I look forward to snuggling on the couch with Dobby as we sometimes do and hanging out with him. I am very glad that I decided our family needed a dog and that I found his tiny little self in that rubber container. And I look forward to watching him continue to grow as a dog and a member of our family in the new year. 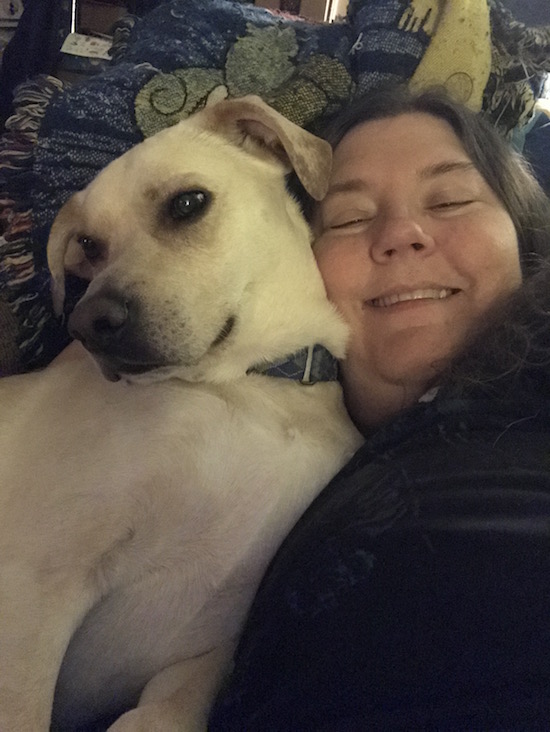 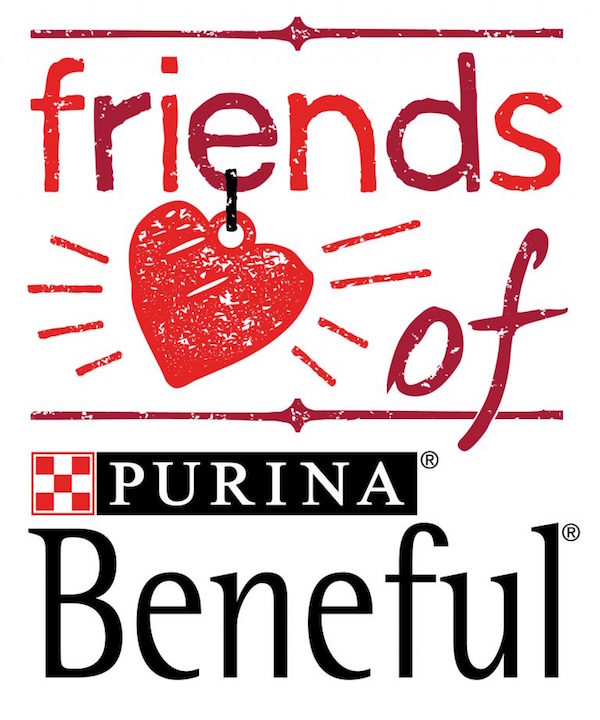