Cast Iron Skillet Southwestern Breakfast Casserole is a simple but hearty breakfast that can be conveniently made in one skillet at home or while camping. 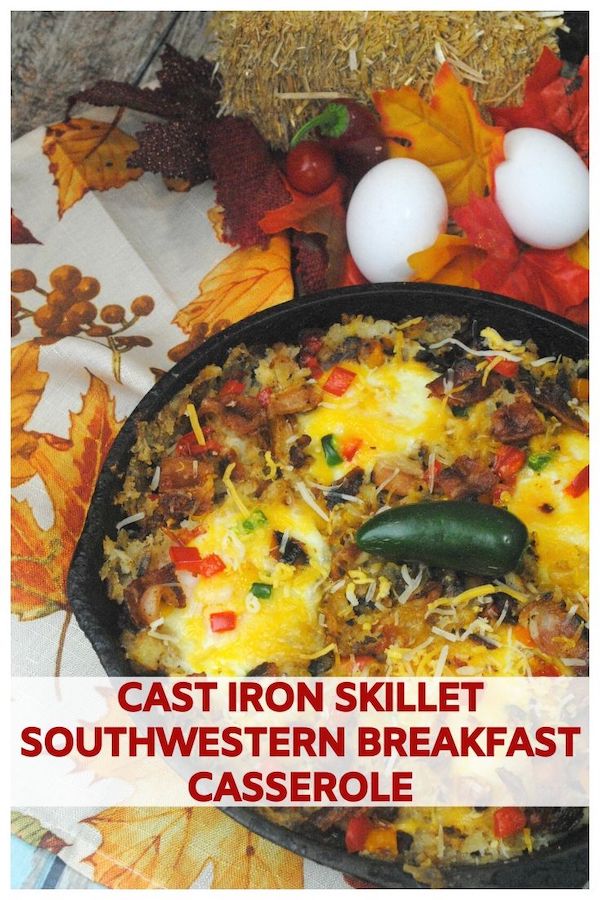 This is a hearty and flavorful breakfast that comes together quickly and easily in a cast iron skillet. One of the terrific things about it is that you can make it in your kitchen or out over a campfire while on an adventure. Here’s how to make a Cast Iron Skillet Southwestern Breakfast Casserole. 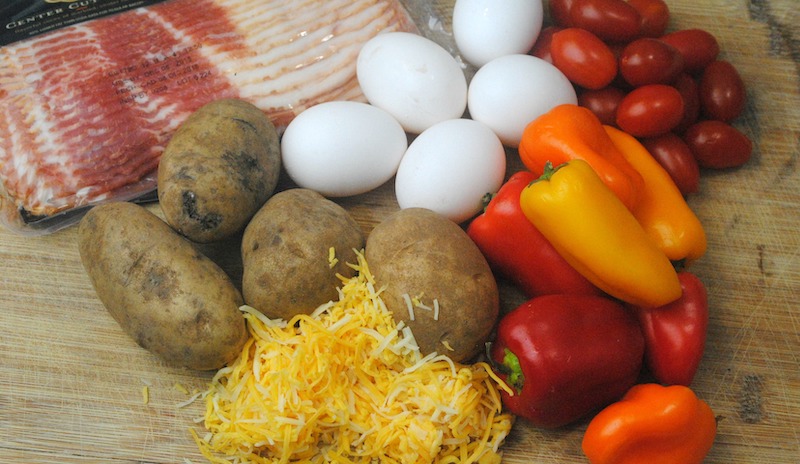 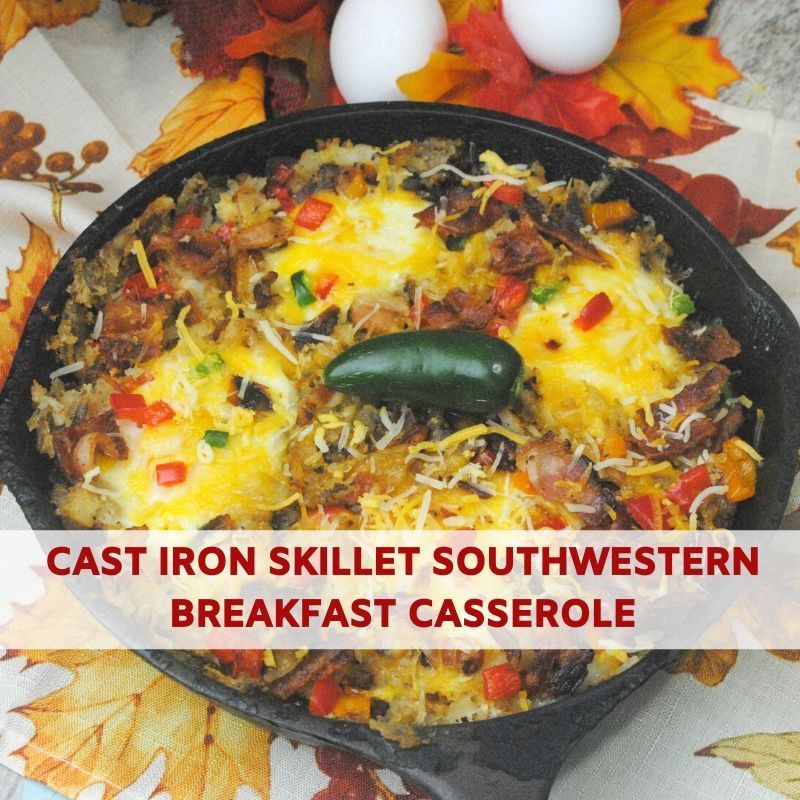 Spray your cast iron skillet with cooking spray, heating it to medium to high temp.

Add the bacon, garlic, peppers and fry until crisp, remove the mix and place to the side.

While the bacon is cooling, pour off some of the bacon grease leaving enough to fry the hash brown potatoes on medium to high heat.

Once almost cooked, add the bacon pepper mix and fold to combine.

Make four pockets and crack one egg into each one.

Top with the shredded cheese, allowing the eggs to cook completely and the cheese to slightly melt.

Cover to thoroughly cook the egg to desired doneness.

If desired add the diced jalapeno pepper on top for garnish.

Serve with salsa and or sour cream as desired.

Do you have a favorite skillet breakfast? What’s in it? 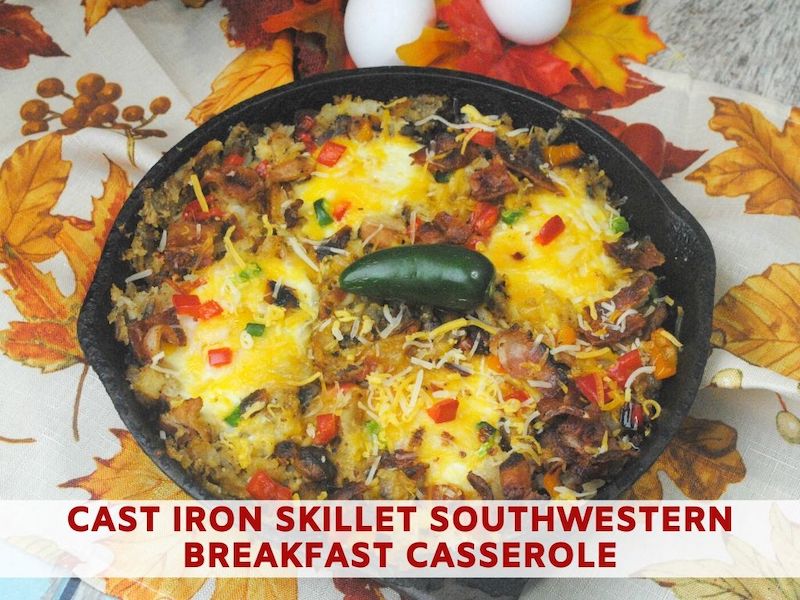