No product or compensation was provided for this post. 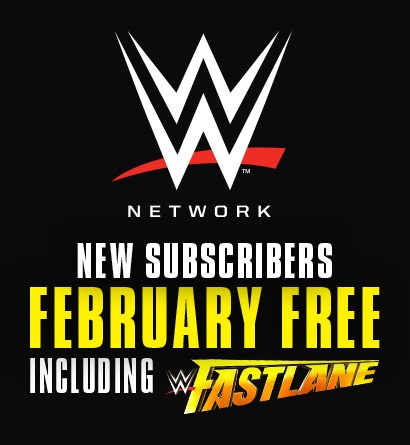 Are you a WWE fan? For those of you that are, do you get the WWE Network? If you don’t now is the perfect time for you to check it out. Less than one year after launching, the network has just surpassed 1 million subscribers, which made it the fastest-growing digital subscription service ever.

In its first year the WWE Network launched the WWE24 series, which is a “day in the life” look into WWE’s biggest events. It also added more than 100 hours of WCW and ECW episodes to its already 2,700-hour on-demand video library. WWE Network’s one-of-a-kind programming also includes all 12 WWE pay-per-view events LIVE at no additional charge, plus, groundbreaking original series, reality shows, documentaries, classic matches, and exclusive coverage of special events.

Now just so you know, WWE Network isn’t a channel that you ca get through your television provider. It’s a digital subscription service. Like other digital subscription services, such as Netflix and Hulu Plus, fans are able to sign up for WWE Network online by going to WWE.com and can watch WWE Network on their TVs through connected devices such as Sony Playstation 3, Sony Playstation 4, Xbox One, Xbox 360, Amazon Fire TV, Apple TV and Roku streaming devices as well as Smart TVs, including Sony and Samsung. The U.S. English language version of WWE Network is available direct to consumers in more than 170 countries and territories, and also recently launched in the U.K. and Ireland. For more comprehensive information on supported devices go to WWE.com/devices.

REVIEW – Chuggington Live At The NJPAC

Books For Parents That Encourage Thoughtfulness, Mindfulness and...

Get Massive Cleaning Power In A Little Package...

Easter Baskets Made Special And Simple With Russell...

Technology unsupportive me finds it difficult to believe all the ways one can get a TV show today. Back in the day (early day of television I mean) it was 2, 4, 5, 7, 9, 11 and 13 when they broadcasted with rabbit ears.