written by Valerie, Mom Knows It All
54 comments
FacebookTwitterPinterestEmail

Winnie The Pooh is my favorite Disney character ever! To celebrate the release of Winnie the Pooh onto DVD, Blu-ray, & Download this week I have a fun giveaway for you! For those of you that aren’t familiar with the movie, here’s a little info on it. Right after I tell you how to keep up with Winnie The Pooh through social medida. Because not everybody knows it by heart like me, LOL. 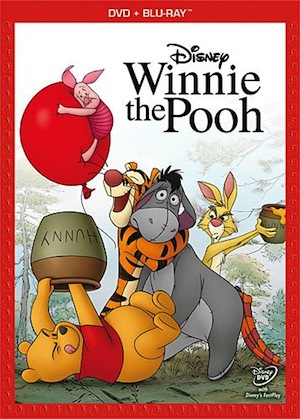 Disney returns to the Hundred Acre Wood with “Winnie the Pooh.” Featuring the timeless charm, wit and whimsy of the original featurettes, this all-new movie reunites audiences with the philosophical “bear of very little brain” and friends Tigger, Rabbit, Piglet, Owl, Kanga, Roo – and last, but certainly not least, Eeyore, who has lost his tail. “Ever have one of those days where you just can’t win, Eeyore?” asks Pooh. Owl sends the whole gang on a wild quest to save Christopher Robin from an imaginary culprit. It turns out to be a very busy day for a bear who simply set out to find some honey. Disney’s all-new “Winnie the Pooh” movie is inspired by three stories from A.A. Milne’s books in Disney’s classic, hand-drawn art.

· Exclusive bonus short “Mini-Adventures of Winnie the Pooh: The Balloon” – In this charming short, Pooh comes up with a daring plan to get a hold of some honey by fooling a group of bees.

· “The Ballad of Nessie” – The animated short film included in the theatrical release is the heartwarming tale of how Nessie found her new home in the Loch Ness.

· “Winnie the Pooh and His Story Too” – A fun and informative behind-the-scenes look at the film, designed for the whole family. Hosted by John Cleese (narrator of the film), and with occasional help fromPooh himself, this featurette explores Winnie the Pooh’s history from his beginnings as a character in a book, to his continued life in the movies. The filmmakers reveal how they worked to keep the look of the characters and settings in this movie consistent with their first appearances on-screen in1966. Pooh, being a bear of very little mind, finds much of this confusing, but the Narrator and the filmmakers make it all clear to Pooh – and you!

· Sing-Along with the Movie – Follow the red balloon and changing word colors to seven song lyrics featured in the film.

· Disney Song Selection – “Winnie the Pooh Theme Song,” “The Tummy Song, “A Very Important Thing To Do,” “The Backson Song,” “It’s Gonna Be Great,” “Everything is Honey” and “The Winner Song Finale”

· “Mini-Adventures of Winnie the Pooh: The Balloon”

· “The Ballad of Nessie”

· Deleted scenes introduced by directors, Stephen Anderson and Don Hall – 3 deleted scenes including “The Tummy Song,” “”Rabbit’s Friends and Relations” and “Pooh Searches for a Tail”

· “Mini-Adventures of Winnie the Pooh: The Balloon”

· “The Ballad of Nessie”

(The Princess and the Frog, Meet The Robinsons), the film wassupported by a variety of industry and highly-creative Disney veterans including Producers Peter Del Vecho (The Princess and the Frog, Chicken Little) and Clark Spencer (Bolt, Meet The Robinsons), Executive Producer and two-time Academy Award®-winning director John Lasseter (Toy Story franchise, WALL●E, Bolt) and senior story artist Burny Mattinson (Academy Award®-nominee for Best Animated Short Film, Mickey’s Christmas Carol, 1983 and key animator on the 1974 Winnie the Pooh and Tigger Too!).

About The English Language Voice Talent:

The “Winnie The Pooh” movie is narrated by funnyman John Cleese (Shrek Forever After, A Fish Called Wanda) and voiced by the talents of Jim Cummings (Gnomeo & Juliet, The Princess and the Frog, Shrek) as Winnie the Pooh and Tigger, Craig Ferguson (TV’s ‘The Late Late Show with Craig Ferguson’) as Owl, Tom Kenny (TV’s ‘SpongeBob SquarePants’) as Rabbit, Travis Oates (TV’s ‘My Friends Tigger & Pooh,’ ‘Tigger & Pooh and a Musical Too’) as Piglet, Bud Luckey (Toy Story 3) as Eeyore,

The amazing musical scores featured throughout the film were created by Tony® Award-winning songwriter Bobby Lopez, and his wife Kristen, who wrote all of the six spirited new songs for Pooh and his pals, including “The Tummy Song,” “A Very Important Thing To Do,” “Everything Is Honey,” “The Winner Song,” “The Backson Song,” and “It’s Gonna Be Great.” Lopez is behind the Broadway hits “Book of Mormon” and “Avenue Q” and together they’ve written for Nickelodeon and Disney, including the stage version of “Finding Nemo” and composed songs for several episodes of “The Wonder of Pets,” which earned him two Daytime Emmy® Awards in 2006 for Outstanding Achievement in Music Direction and Composition.
The original score, a special rendition of the beloved “Winnie the Pooh” theme song for the film was composed by Henry Jackman (“The Da Vinci Code,” “Pirates of the Caribbean: Dead Man’s Chest,” “Pirates of the Caribbean: At World’s End,” “Monsters vs. Aliens”) and sung by actress, musician, singer and songwriter, Zooey Deschanel (Indie folk band, “She & Him”). Deschanel also provided vocals for “A Very Important Thing To Do” and “So Long.”

To provide consumers with unprecedented quality, value and portability of their favorite Disney classics, in 2008 Walt Disney Studios Home Entertainment pioneered the Combo Pack – a Blu-ray Disc plus a DVD and in some cases plus a Digital Copy of the movie in a single package. To date, the company has released almost all their films as Combo Packs. Recent Disney titles released as Combo Packs include Tangled, Sharpay’s Fabulous Adventure, Beverly Hills Chihuahua, Bambi, Santa Paws, Beauty and the Beast and Fantasia.

About The Walt Disney Studios: 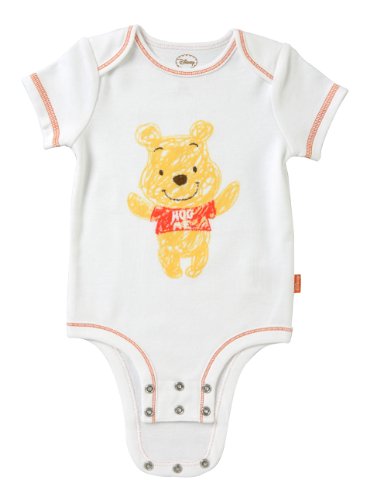 To enter leave a comment here telling me who your favorite Winnie The Pooh character is.

BONUS ENTRIES – LOTS OF THEM!

The winner will be selected using the “And the winner is” plugin. US addresses only please, no PO Boxes. This contest will end on Saturday 11/05/11 at 11:59 pm est. If you’ve entered any of my giveaways before then you know that only comments containing all of the requested information will be eligible for entry. The winner must contact me to confirm they wish to receive the prize within two days of my email notifying them they’ve won. Good luck to everyone!

I like them all but Pooh is my fav!
sabrinasmith05 at gmail dot com

commented on your FB page!
sabrinasmith05 at gmail dot com

Subscribed to your newsletter!
sabrinasmith05 at gmail dot com

subscribed to your youtube channel!
sabrinasmith05 at gmail dot com

Piglet is my favorite character.
Thank you!
jackievillano at gmail dot com

I subscribe via email
jackievillano at gmail dot com

I am a newsletter subscriber!

Thar onesie is adorable. I just found one of your little brothers shirt with Pooh. Sears sold lots of Pooh apparell. I remember ordering your pj’s and sleepers from catalog.

Tigger and Roo are my favorite characters, I cannot pick just one

Piglet is my favorite character!

i love tigger and would loveeeee to win! 🙂

My fave character is Pooh.
gourdsrmylife(at)yahoo(dot)com

I’ve always loved Pooh Bear – I still have the Pooh that my grandpa gave me when I was born! He’s almost 35 years old!

My favorite is Eeyore

I have always liked Pooh best!

I commented as an entry into your mom’s giveaway for the same product!! 🙂 (I am a long time follower of your mom’s blog 🙂 )