My Waffle Paninis Make A Great Breakfast On The Go! #4MoreWaffles #shop

This shop has been compensated by Collective Bias, Inc. and its advertiser. All opinions are mine alone. #4MoreWaffles #CollectiveBias 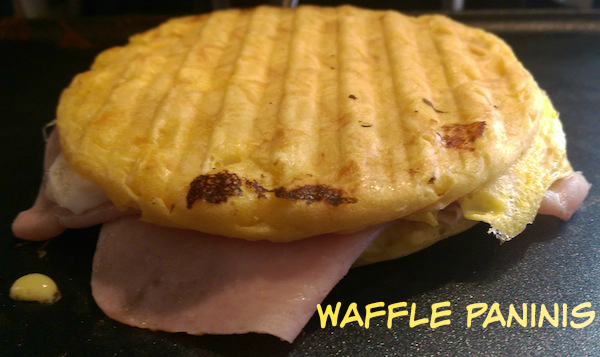 I grew up on frozen waffles. Since moving out on my own if you look in my freezer you can almost always find frozen waffles in there. If you don’t see them in there chances are good it’s because someone just finished eating them and I need to get more. This weekend that was once again the case. 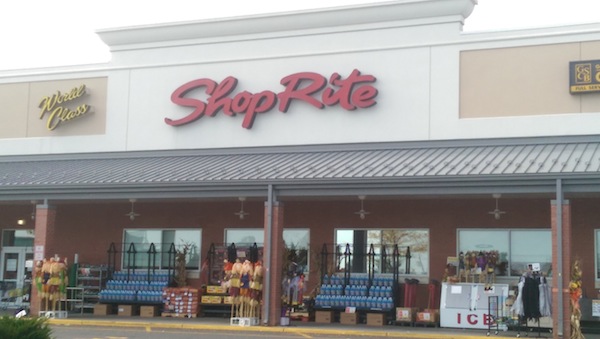 Early Saturday morning I stopped in one of my most favorite stores, the grocery store ShopRite, to pick up a couple of things we were running low on. 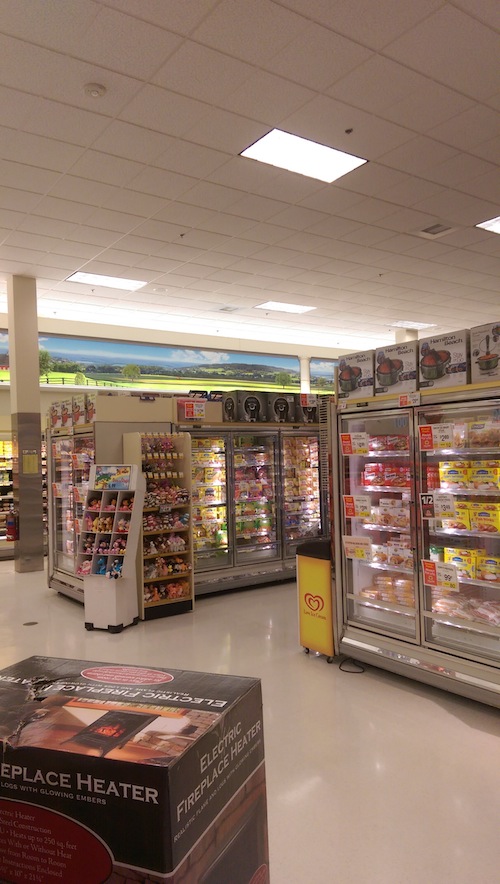 I only needed three things. After getting milk and coffee creamer I rounded the aisle to the frozen food aisle and headed for the frozen breakfast case. 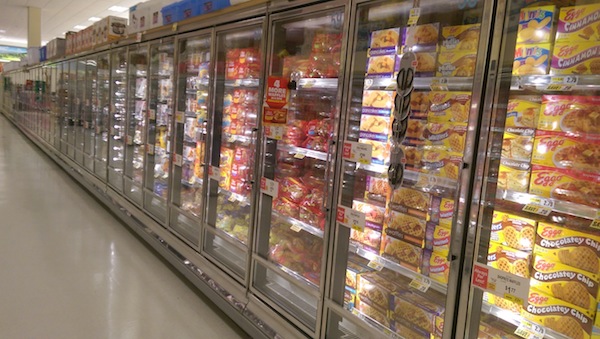 It didn’t take me long to find what I was looking for. 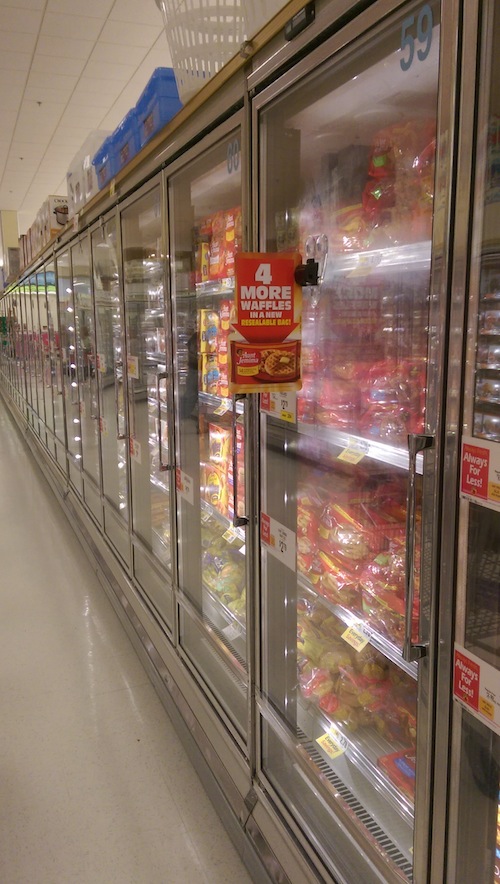 If you’ve ever bought Aunt Jemima frozen waffles then you know there were ten in the box. As I went down the aisle I couldn’t help but notice the display on the freezer door proclaiming the news that Aunt Jemima waffles now come in a resealable bag that contains 14 waffles. I was very pleased to see the waffles were the same price. So, more waffles for  the same money. I love a good value! I also love the idea of the resealable bag. Until now I’ve always had to put open waffles into a ziploc bag to be sure they stayed fresh. I don’t have to do that any more! 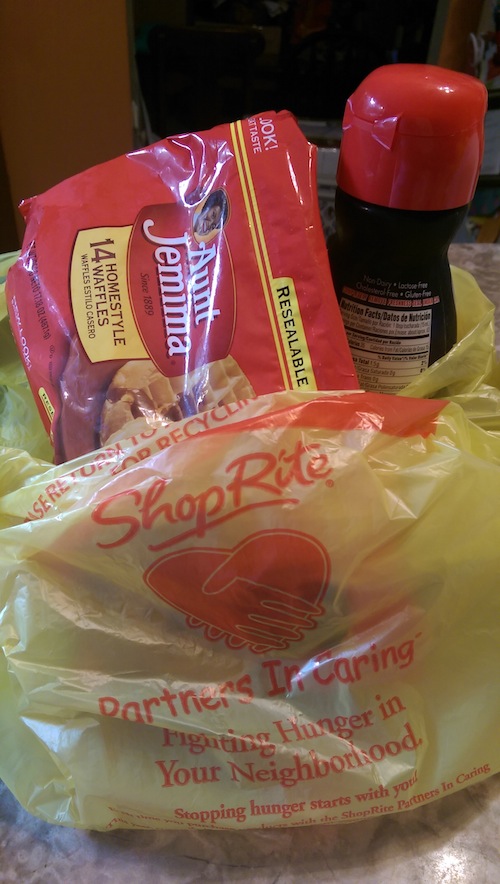 So I paid for my things and headed home. I got home and called my Mom, who informed me that my Dad was literally heading out the door on business. I love my Dad and miss seeing him so asked my Mom to have him stop by my house for a moment on his way. They arrived ten minutes later. Dad was in a hurry as he had a long drive to make. I knew from speaking with my Mom he hadn’t eaten yet, so I told him I’d make him breakfast on the go. He seemed skeptical that I could make him a tasty and filling breakfast in a hurry but indulged me anyway.

I grabbed the Aunt Jemima Homestyle Waffles I’d just purchased out of the freezer. From the fridge I grabbed eggs, as well as imported ham and American cheese from the deli. All things that I have in my fridge almost all of the time, probably like many of you. And I took them all and used them to make waffle paninis. 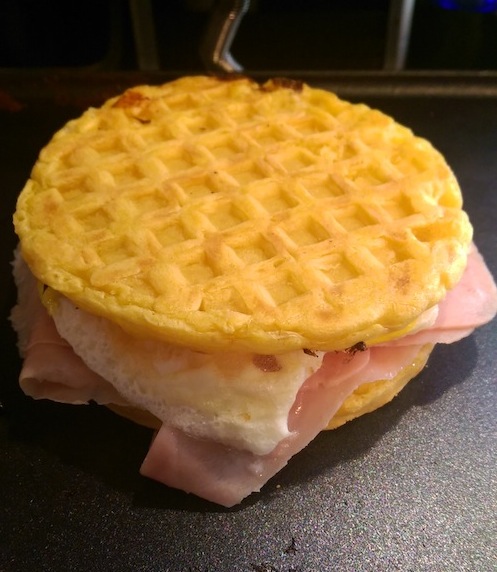 Waffle paninis are super easy to make, they take about 6 minutes. To make them, turn on your panini maker. Cook one egg in a frying pan. While your egg is cooking, put two frozen waffles in the panini maker for about 1 minute. This basically flattens them a little and starts the cooking process. Take the waffles off of the panini maker. Place slice or two of cheese and two or three pieces of ham on one waffle. The egg should be done now, take it out of the pan and place it on top of the ham. Place the second waffle on top of the pile, forming a breakfast sandwich that looks similar to the one pictured just above. Place the sandwich in the panini maker and close the lid, cooking it for about a minute to minute and a half. Serve immediately. 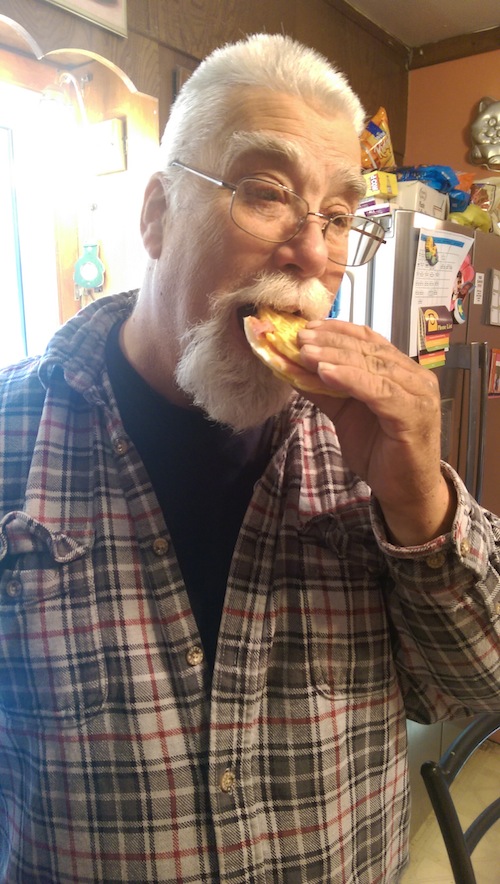 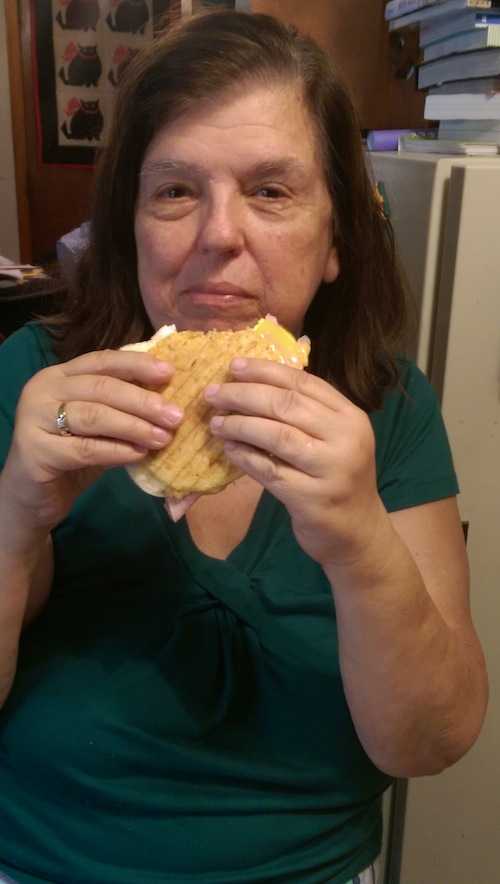 My parents enjoyed their waffle paninis. I thought they were yummy. They’ll be perfect for my oldest son,  who is horrible at getting up in the morning. He is notorious for waiting until the last minute to get out of bed and get ready to head to the college campus for classes. He almost never has time for breakfast before he leaves. These waffle paninis are something I can put together in a hurry that will be a perfect breakfast on the go for him. 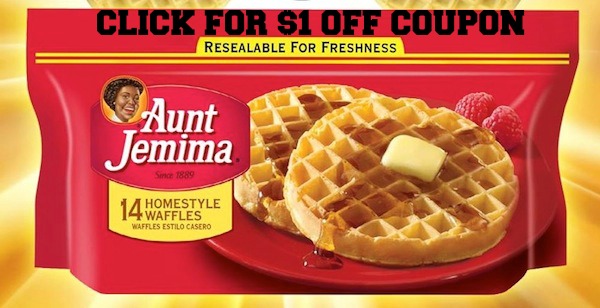 There’s a great $1.00 off Aunt Jemima Waffles coupon that I’ve grabbed for my next trip to the store. Be sure to grab yours now while you can!

What kind of breakfast would you make with Aunt Jemima Frozen Waffles?