Top 5 Subarus Through The Years 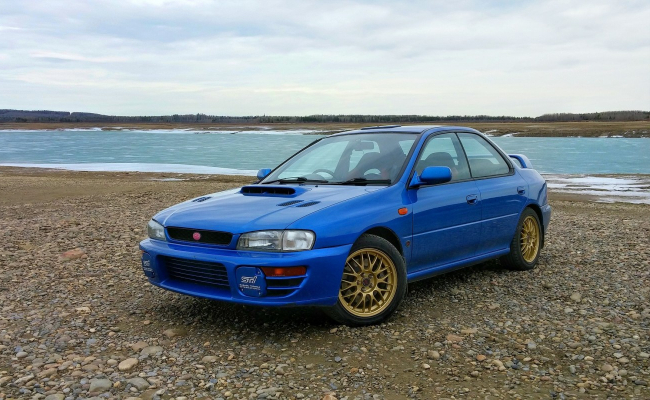 If you’re been reading Mom Knows It All for a while, you might recall that I love cars. I do love driving itself, but I actually also love cars. One of the brands I have never driven but have heard much about is Subaru. Brandon and I were discussing cars and this came up. He shared with me his run-down of the top 5 Subarus though the years, which I am sharing with you with permission.

Top 5 Subarus through the Years

Subaru is a name that’s been dominating the automotive industry for decades, and its parent company has been around for over 60 years. That parent company was forged from Japanese companies that lasted through brutal World War II. It’s Subaru’s vehicles that are the flagship for Fuji Heavy Industries, and ever since the sixties, Subaru has been releasing innovative and groundbreaking vehicles that have captured the imagination and sold in droves. Let’s take a look at some of the highlights of this illustrious brand.

Much like the Ford Model T or the Volkswagen Beetle, the Subaru 360 was designed to be the ultimate “people’s car.” Of course, in the case of the Subaru 360 this was for the Japanese market, and after World War II the focus was on building small, reliable, cheap cars that could take a beating and keep on trucking. The 360 was also known as the Ladybug – not the most masculine moniker – but the 360 name comes from the rather paltry air-cooled 356 cc engine mounted in the rear, but even 60 years later we see modern takes on the ultra-compact car selling well. It only weighed 1,000 pounds and sold just under 400,000 units over its 12-year run.

The 360 might have been quirky, but in 1978 Subaru began to show they were quite happy to forego the trends of their competitors if they thought they could do it better, with the Subaru BRAT. The two-door pickup (Bi-Drive Recreational All-Terrain Transporter, as Subaru termed it) had two rear-facing seats for one of the most unique designs of the era. The BRAT had the advantage of all-wheel drive, paving the way for Subaru’s future.

The real reason the BRAT had those seats with no roll-over protection was to circumvent a 25% tax levied by the U.S. government, keeping the price of the BRAT low. Rather unsafe by today’s standards, the BRAT could make for some interesting dinner conversation, especially if you set up a dining table in front of those rear-facing seats!

Sinking somewhat into obscurity now, the Subaru SVX was a grab at the same market as the DeLorean, with its futuristic style and wraparound glass. It’s very much a product of the nineties, with only parts of side windows rolling down so as to allow for that futuristic-retro curve. Under the hood it had an impressive 230-horsepower flat-six and was one of the models to showcase Subaru’s love for all-wheel-drive, delivering the power to all four wheels through an electronic AWD. Many of the features of the SVX have since appeared in modern cars so it was ahead of its time, but the price tag was perhaps too high for people to stomach.

Subaru really came into their own with the WRX in 1992, a car that is still available today in modern guise. The Subaru Impreza WRX was the manufacturer’s most successful foray into performance vehicles, taking the Subaru Impreza and turning up the volume. The STI versions that were even better tuned for performance would follow after people got a taste of what Subaru could do in the performance market.

It wasn’t until 2002 that U.S. market got a taste of the turbocharged all-wheel drive WRX sedan and wagon. These models are popular for their ability to shame much more expensive sports cars with their performance. They can even be taken off-road for rallying fun, making them a fan favorite for decades and still in high demand today.

The Subaru BRZ was the new kid on the block with a lot to live up to, but again Subaru threw caution to the wind, dumping the all-wheel drive for the 2+2 BRZ that had become their calling card. It is the only rear-wheel vehicle in the current Subaru lineup.

Made in tandem with Toyota, the BRZ has a fantastically low center of gravity and razor sharp steering and suspension. The standard six-speed manual version is a riot to drive and the 200-horsepower 4-cylinder Boxer engine throws the stylish BRZ around the streets with aplomb.

It looks great too – perhaps the best looking vehicle that Subaru has ever made. When you further consider the crazy low price tag, the BRZ becomes an absolute monster in the modern market, disrupting the industry by offering handling and performance you’d once pay five times the price for.

Have you ever owned or driven a Subaru?