I like looking at the stats for my site from time to time because it gives me an insight into what people are reading and enjoying and coming back for. By having that knowledge I have an idea for what people would like to see in the future. Instant Pot recipes have become the most popular category on my site, with nine of my top twenty recipes being for the Instant Pot. But surprisingly, my most visited recipe for 2017 was not an Instant Pot recipe. My top recipe for 2017 was an air fryer recipe. Also of interest, four of 2017’s top twenty recipes were Ninja multicooker recipes. Here are my Top 20 recipes of 2017, in order of popularity. 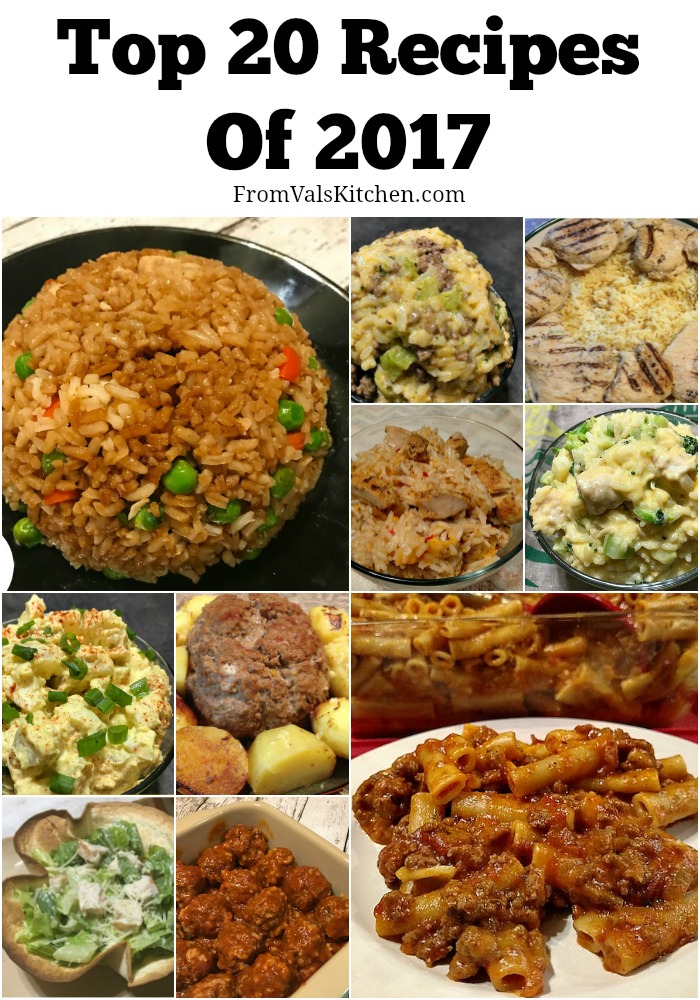 #1 Air Fryer Chicken Fried Rice (Gluten-free) – This gluten-free recipe from 2017 calls for only six ingredients. Taking only 20 minutes, it’s sbout as fast as takeout but a lot less expensive.

#2 Instant Pot Ziti With Ground Beef And Cheese – This was the first Instant Pot recipe that I made, back in 2016. Calling for only 5 ingredients, it’s a quick and filling family meal. 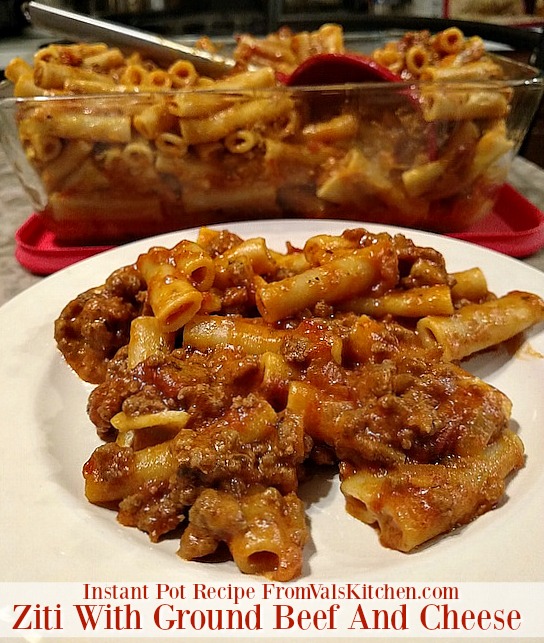 #4 Crockpot Creamy Steak And Potatoes – This 2013 slowcooker recipe takes only 4 ingredients and 40 minutes, making it perfect for a busy day. #5 One-Pot Meatloaf And Potatoes for Ninja Cooking System – This recipe from 2014 calls for only 8 ingredients. Besides being yumy, it’s great because it takes under 45 minutes to make and doesn’t heat up the house like using an oven does. 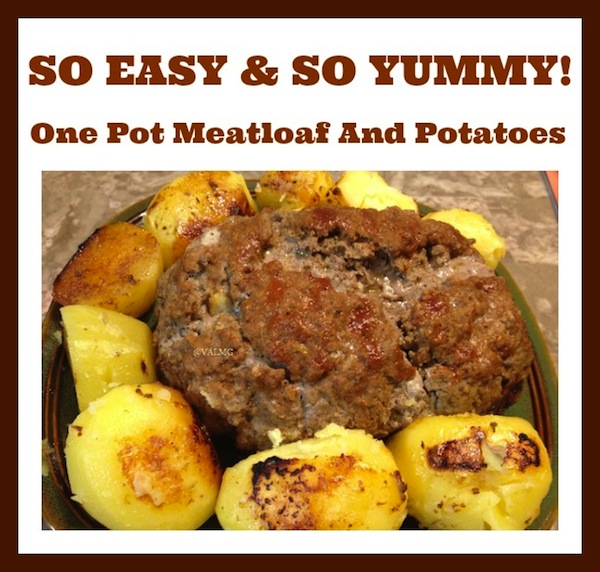 #6 Cheeseburger Stromboli – This 2014 recipe calls for nine ingredients and is easy to make. The pickles really make the flavor come together! 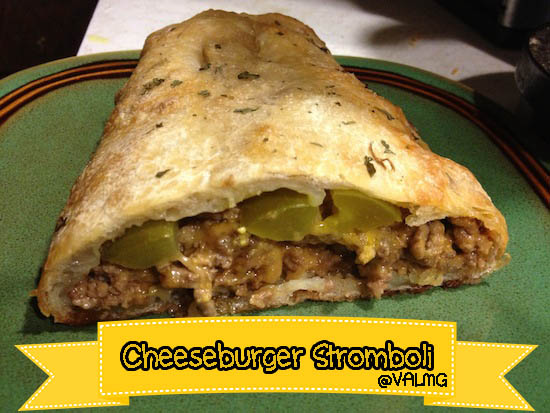 #7 Instant Pot Homemade Hamburger Helper (Beef And Cheese Pasta) – When I first made this recipe back in 2016, hubby and I thought it had aHamburger Helper-ish sort of feel. It calls for only 6 ingredients including water. #8 Instant Pot Gluten-free Porcupine Meatballs – These meatballs in this recipe from 2017 are gluten-free and require 7 ingredients including water. They’re tender and tasty, with the rice giving them extra texture and flavor. 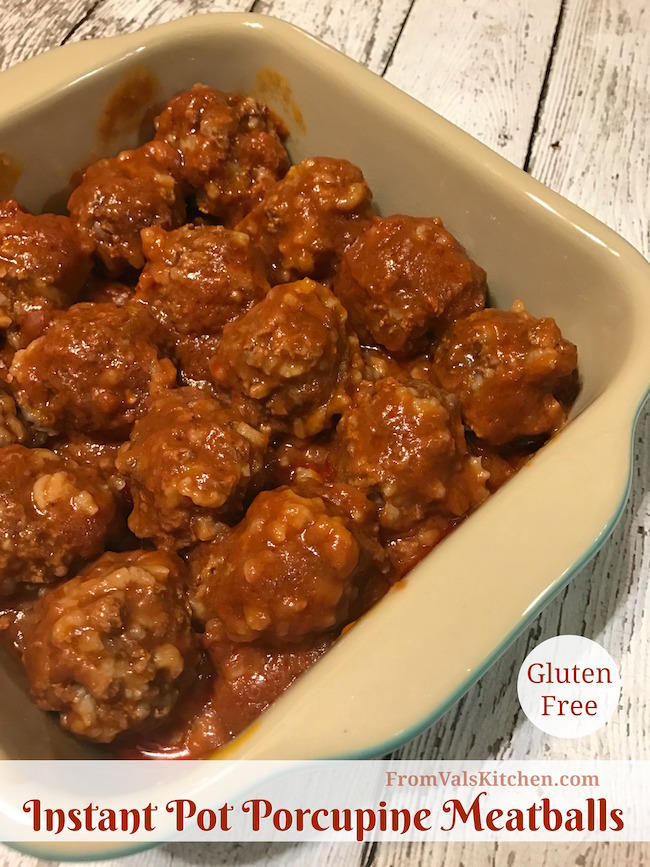 #9 Homemade Tortilla Bowls – This 2017 recipe is so easy to make, and goes perfectly with almost any food you might want to put into a bowl (except soup). #10 Instant Pot Gluten-free Zesty Italian Chicken And Rice – This is a gluten-free rice dish that I published back in 2016 that calls for only 5 ingredients. Italian dressing gives the dish a little zing. 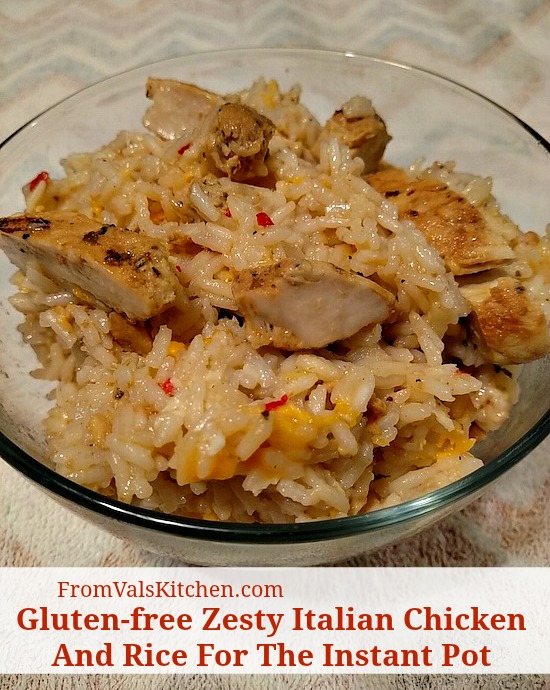 #12 Homemade Salisbury Steak For Ninja Cooking System – This recipe from 2014 calls for 10 ingredients and is ready in well under an hour. If you like the frozen stuff you will love this. 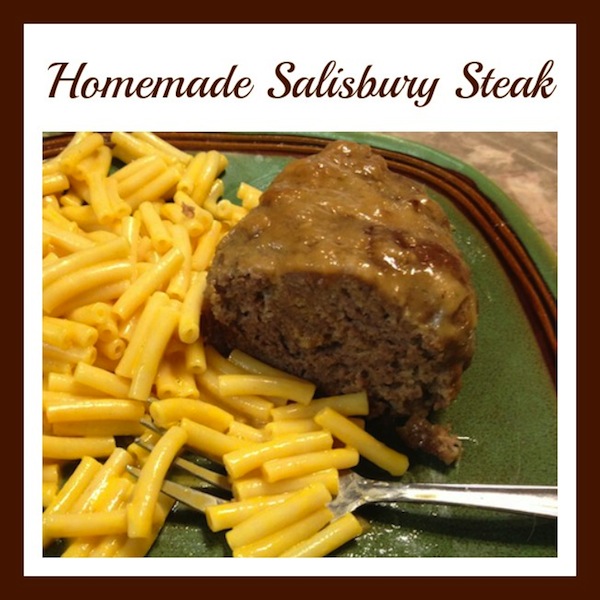 #13 Spinach And Cheese Stuffed Tilapia – This recipe from 2013 is one of my husband’s favorites. 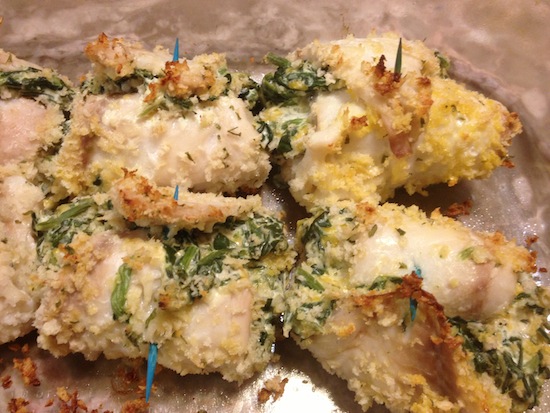 #14 Instant Pot Beef Spaghetti – This is a quick way to make a family favorite dish. This recipe from 2017 calls for only 6 ingredients including water. 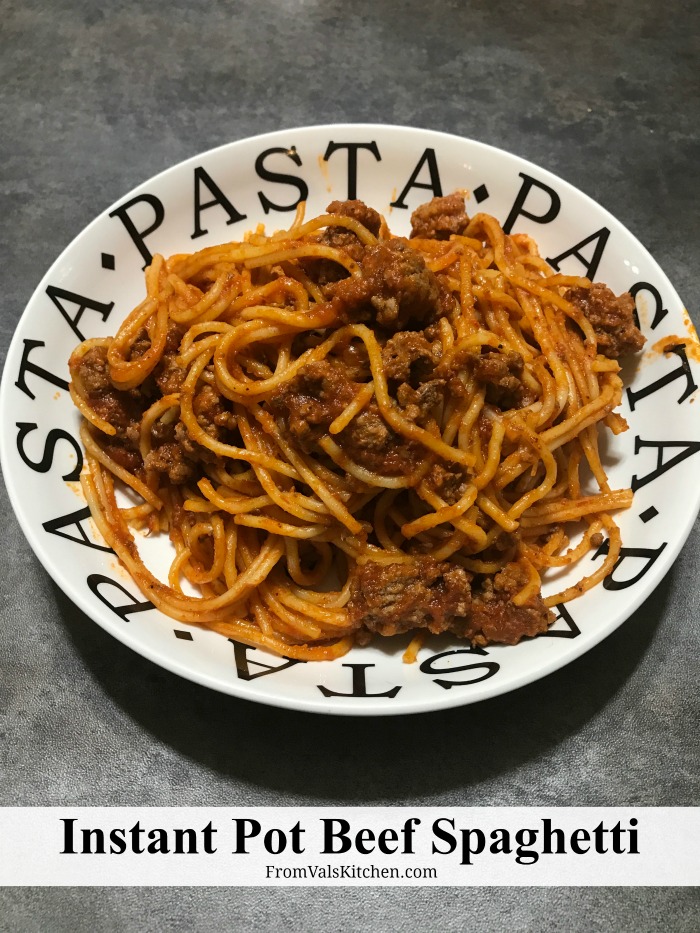 #15 Instant Pot Gluten-free Chicken Corn Chowder – I published this in 2017 and it is one of my favorite soups. It calls for 11 ingredients. In just a short amount of time more than heating canned soups on the stove you can have a whole batch of something homemade that tastes better. #16 Easy One-Pot Gluten-free Chicken And Rice For Ninja Cooking System – This gluten-free recipe from 2014 calls for only four ingredients and is ready in less than 25 minutes. 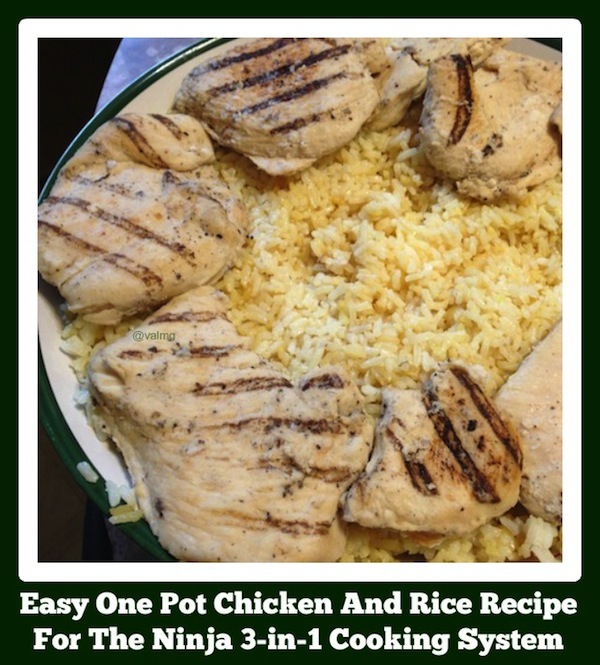 #17 Instant Pot Beefy Broccoli Rice – This 2017 recipe came to be after I was in the mood for Beef And Broccoli but didn’t have the right beef. It calls for 7 ingedients including water. #19 One-Pot Chicken Parm And Spaghetti For Ninja Cooking System – This recipe from 2016 calls for only six ingredients. You can’t beat a family favorite dish that’s made in one pot and is ready in under 40 minutes. 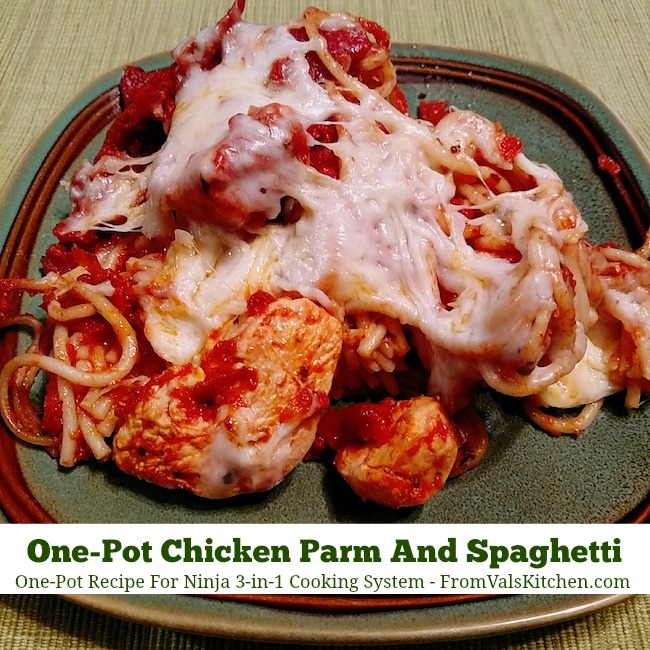 #20 Instant Pot Deviled Egg Potato Salad – Prep for this 2017 recipe is super simple using the Instant Pot. Calling for 6 ingredients, this simple but tasty side will be a favorite at all of your gatherings. 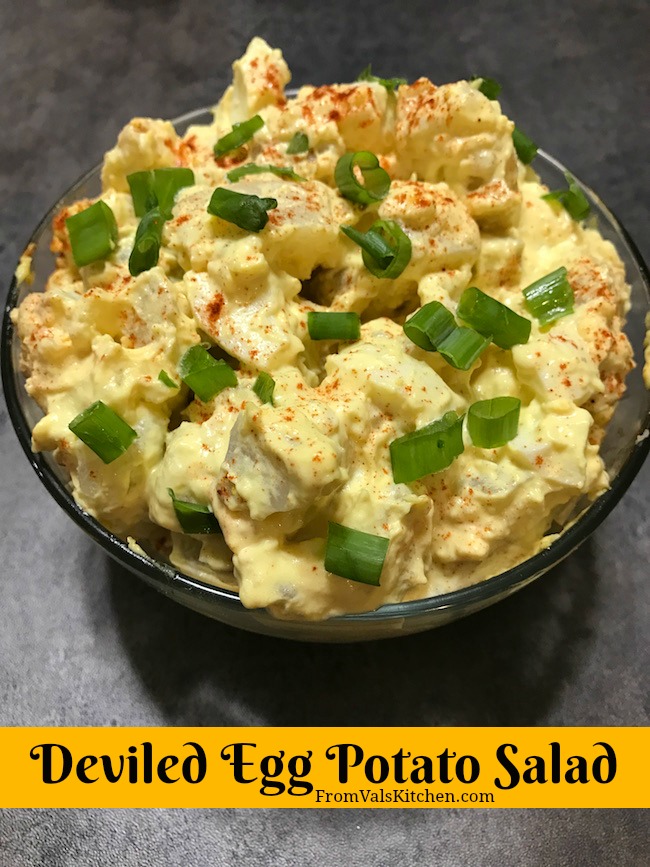 You may have noticed that two recipes are missing from the list above. Let me explain. My photos are always real. Some foods are trickier to photograph than others. I’m no professional photographer but I do try to get a decent photo when I’m publishing a recipe. Somtimes I can and sometimes I can’t. Back in 2010 I didn’t give much thought to pictures, and didn’t ever consider that my blog might still be up and running and even growing over seven years later. So, photos from my early recipes leave a lot to be desired. And I do mean A LOT. Despite their awful photos, two of my oldest recipes remain my most popular. I’m not even sure why, if it’s because they’re easy, or because their photos are that bad. My goal for 2018 is to start remaking old recipes with really awful photos. Here are the remaining two of my top 20 recipes of 2017, the two whose photos are so awful they make me cringe. These two recipes were #3 and #11 in my top 20 recipes of 2017.

#3 Crockpot London Broil Stew – This slowcooker recipe from 2010 calls for 5 ingredients and water. It’s easy to make and tastes a whole lot better than the photo would imply. 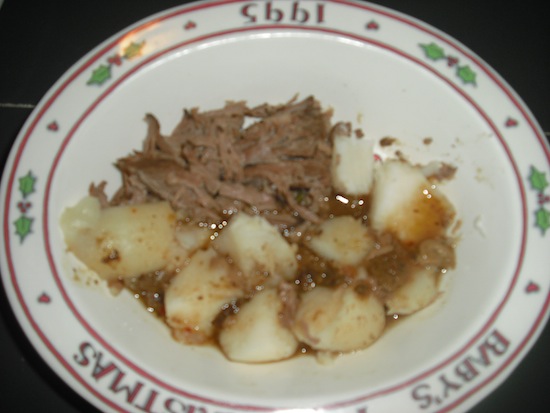 #11  Cheesy Chicken And Stuffing Casserole – This recipe from 2010 is also super easy to make. Items you may already have in your pantry are combined in a casserole. 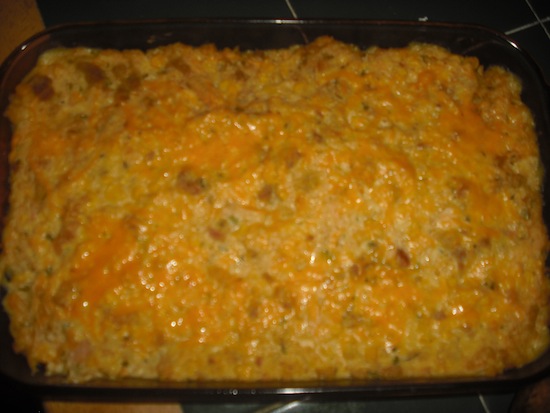 Which of these top 20 recipes would you like to try?

What a delicious year! This is enough reason to buy an instant pot. And an air fryer!!

These all look so yummy! Always looking for new recipes for the family. Will have to give a few a try this week

Oh wow. I am bookmarking this page. I always take a peek at your blog for recipes but these 20 recipes are fantastic! They are all going into my menu plan this January!

YUM!! Glad I ate dinner before reading this or I would have been starving. There are so many awesome recipes here to try.

So cool that you did this round up! I am going to see if there are any I missed!

These look like great recipes. I’ve heard a lot of good things about air fryers. I want to try one

You had me at the first one. My family loves “fried rice.” I need to look into getting an air fryer.

Some of these look really good. It’s funny, as I sit here reading through these I am eating porcupine meatballs. Although I didn’t realize that’s what they were. I just had some rice that we through in with them to use it up. Lol. But they were really good so I may be doing it again sometime soon. The chicken broccoli rice is also similar to something we make that is one of our very favorite dishes. (I’ll link to the recipe in the website area of the comment form)

I can’t seem to choose which one of these 20 recipes I should try first. They are all so yummy and I am sure each and every one will be a winner with my family.

Oh, yum! You shared some fab recipes last year. I bought the other half an air fryer for Christmas, so definitely going to have to try out your delicious looking chicken fried rice!!

I would try the chicken fried rice in the air fryer. I still haven’t gotten into the Instapot thing.

Those meatballs look just incredible! I have a little addict over at my house and know he would looove them!

I don’t have an instant pot, but it sounds like a great appliance to have. This is a great list of recipes, I might have to get myself an instant pot!

With such busy lives, it’s no surprise your slow cooker and Instant Pot recipes connected so much with readers. Can’t wait to try out some of these popular recipes.

I’m looking forward to trying the Instant Pot recipes. Hubby got me one around Thanksgiving and I feel like a kid with a new toy, except I don’t know how to use it! LOL

A lot of these recipes look delicious! I’d love to try some of them!