The Things We Do For Love. Of Our Pets.

It’s hard to believe that we’ve had our new puppy Dobby for one month tonight. He’s growing so fast, he’s basically already doubled in size. The dog bed that I bought for him the day after I got him? He barely fits in it. I wanted to get him a new one. While running an errand for something else, I came across a bunch of dog beds at decent sale prices. I found several that I liked. 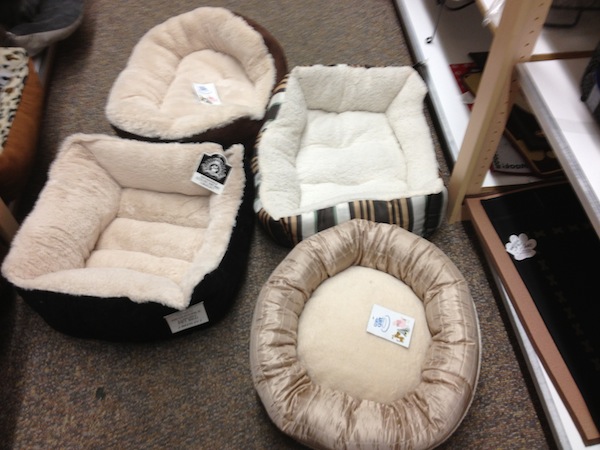 I actually found myself wondering how to test a pet bed for comfort. I mean, I liked the way they looked, but who was to say the dog would like them? Like human clothes and shoes and things, maybe they looked comfy but weren’t. I squeezed them like I squeeze my bread, but it’s not the same thing. I mentioned my pondering on Facebook and some friends replied back that I should test them out. A double dog dare if you will. That really cracked me up. I mean, that’d be crazy!

The next day I had to run an errand. The husband put Dobby in the crate, as he had to leave for work. When I came home, I found Dobby in the crate and one of the music stations on the television playing. Now hubby doesn’t usually leave the tv on, so I called him. When I asked him if he’d left the tv on, he told me yes he had, so the dog wasn’t alone. That made me chuckle. He, like the rest of the people in this house, have fallen in love with Dobby.  He wanted Dobby to be happy.

I want Dobby to be happy. He’s part of our family now. I want my kids to be happy. I want my puppy dog to be happy. I’m not usually one to shirk from a challenge. So to that end, I asked my gorgeous, fun-loving unofficially adopted niece to meet me at the store where I’d seen the dog beds.

Which is where she photographed me trying the dog beds. I didn’t fit in most of them very well, but I did have a good laugh, and was able to figure out which one was the most comfy to my butt.

(This one’s for you Zippy! Love ya) 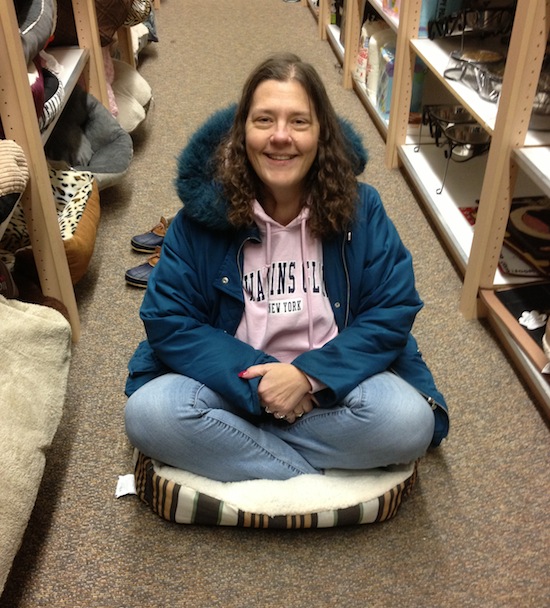 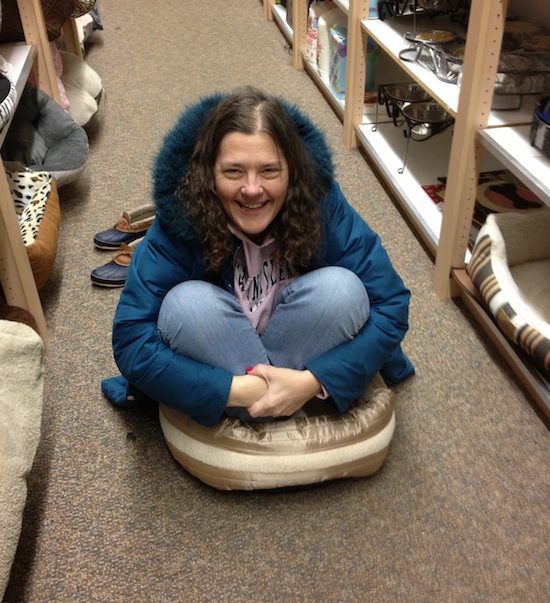 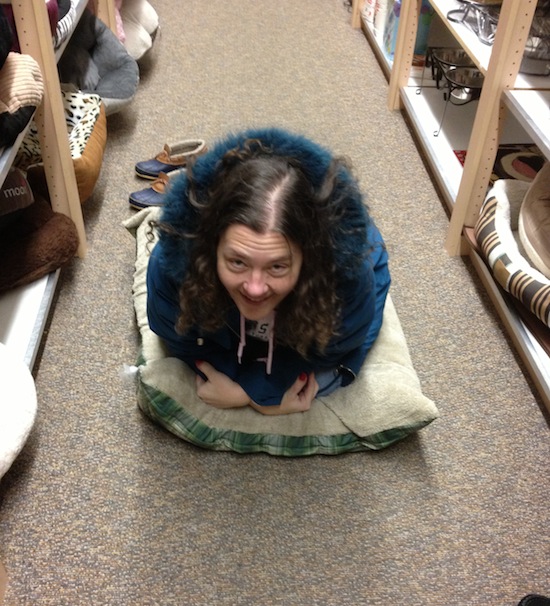 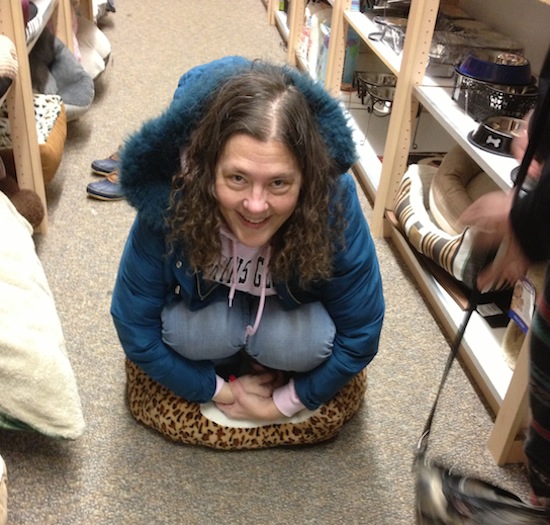 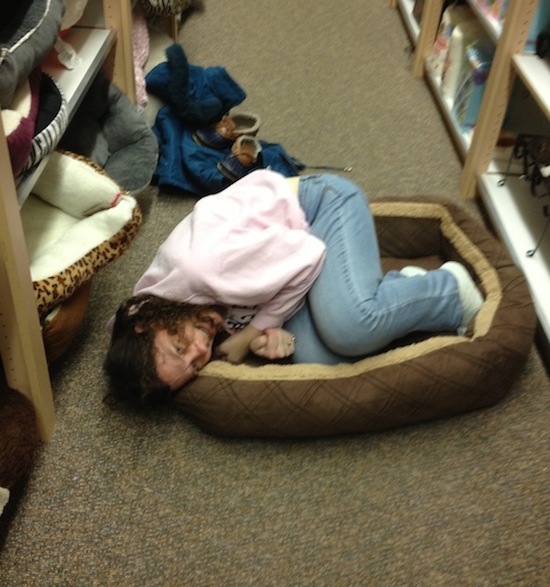 For the record, to me dog bed in the second photo down was the most comfy bed. My butt told me so.

What’s the craziest or most “human” thing you’ve ever done for a pet?