written by Valerie, Mom Knows It All
11 comments
FacebookTwitterPinterestEmail

I attended this event as a guest, with all expenses paid. As always, any personal opinions reflected in this post are my own and have not been influenced by the sponsor in any way. 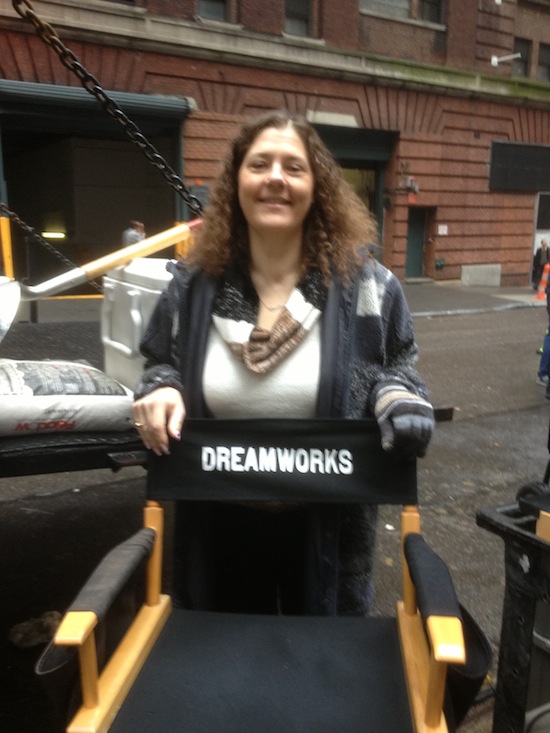 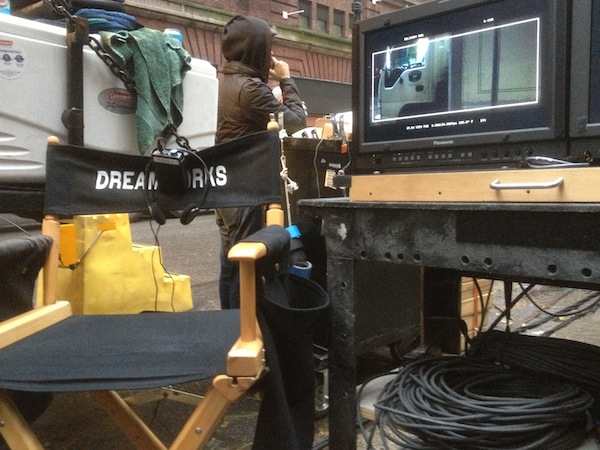 Last December I was invited to New York city to visit the set of the upcoming DreamWorks movie Delivery Man, which stars Vince Vaughn and Cobie Smulders. That’s me on the set in those pictures right up there. Our group sat fairly close to where they were filming. We were seated in front of a monitor so we could watch the filming real time, and we were each given headphones, so we could hear what was going on.

There is a lot of stuff going on all at once on a movie set. A good portion of that is controlled by the director. While on set, my group had the opportunity to interview the movie’s director, Ken Scott. It was interesting listening to how the movie came to be, and why he chose to do some of the things he did. Before I get to the interview, here’s a little about the movie.

Delivery Man is the story of affable underachiever David Wozniak (Vince Vaughn), whose mundane life gets twisted in a knot when he finds out that he fathered 533 children via sperm donations he made twenty years earlier. In debt to the mob, rejected by his pregnant girlfriend, things couldn’t look worse for David when he’s hit with a lawsuit from 142 of the 533 twentysomethings who want to know the identity of the donor. As David struggles to decide whether or not he should reveal his true identity, he embarks on a journey that leads him to discover not only his true self but the father he could become as well.

And here’s the trailer.

So now that you have a little idea of what the movie is about, the highlights I’m going to share with you from the interview with director Ken Scott should make a bit more sense.

I should begin by letting you know that Delivery Man is actually a remake. It’s a remake of itself, if you can imagine that. 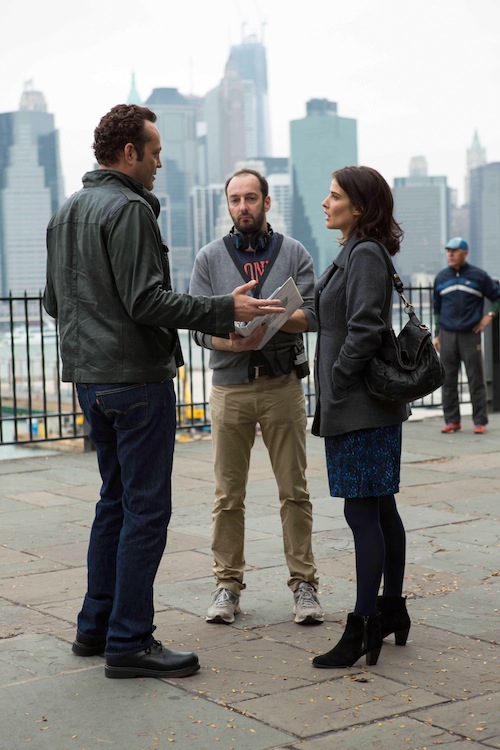 Here’s what Ken Scott had to say about remaking his own movie.

So I had the chance to see the original movie with many American audiences, and I saw their reactions and I really thought that it was a movie, it was a story that could really connect with an American audience. So basically what it is, it’s the same story, yet it’s just integrated into the American culture.

Q : How was directing the remake different than the original?

KEN SCOTT : Directing a remake, especially since it was my original, I had to get into a frame of mind of making sure that two things, two things that may seem opposite. But on the one hand, I wanted to make sure everyone that I worked with – the actors, all the heads of departments, and even myself, I wanted to make sure that we were not just copying something. Because, you know, we wouldn’t have that great creative energy, the magic that you want in a movie.

Q : Why choose New York to do the movie?

KEN SCOTT : Well, yeah, New York was, for me it was the greatest place to shoot this movie because you know, five hundred and thirty-three kids have to live in the same town…

Q : Did you film in all five boroughs?

KEN SCOTT : Well we were all over the place. 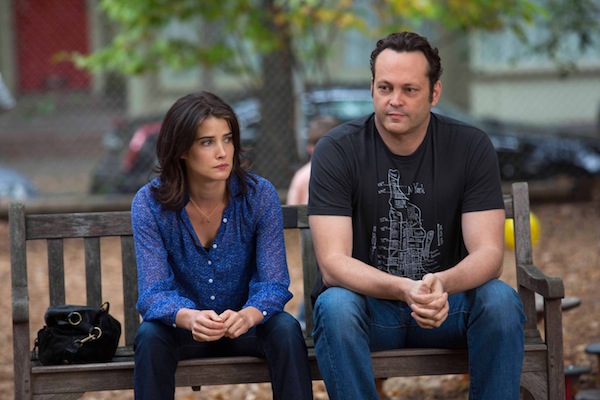 KEN SCOTT : It’s basically very much, uh, a story about fatherhood and what it is to be a father.

And I feel that we wouldn’t have written the same movie fifteen years ago, because I think in the last ten, fifteen years, fatherhood has changed a whole lot. You know, nowadays you can hear stories of, you know, fathers staying home with their kids. A few months when they’re born and the fathers want to be there before. So it was exciting to be writing about something that seemed to be changing in society.

Q : Doing the remake was Vince Vaughn always in mind?

KEN SCOTT : Yeah, Vince Vaughn for me it was perfect for this character. The way the whole story is built, he’s in every scene. He’s there all the time. And I wanted the tone of the movie to be very much like Fatherhood and that brought me naturally towards a dramatic comedy. You know, it’s comedy, it’s a drama. Because I felt that Fatherhood is very much like a dramatic comedy. You know, there is some very funny moments, there’s some more dramatic moments, there’s some more difficult moments.

So very naturally…and I found that Vince Vaughn has definitely that capacity of making us laugh, yet he’s a great actor, he’s very charismatic. So he was, he was a perfect actor for this story. 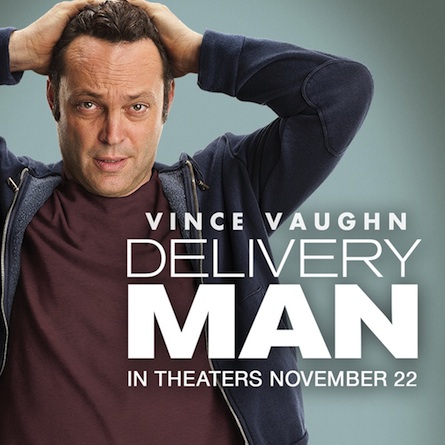 We had a lot of fun on the set. Be sure to check back, as I’ll also be sharing stories from our interviews Vince Vaughn and Cobie Smulders.

#MusicMonday – 10 #Recipes Using #Bacon And Eggs With Music From @DevourTheDay

Wow – I bet that was an amazing trip! I can’t wait to see Delivery Man when it comes to theaters. 🙂

Now this sounds like a fun experience! I am looking forward to seeing this movie with the hubby!

what a fun time, this would have been so cool, can’t wait to see the movie.

I’m so jealous!! How amazing that you got to meet Cobie!

Wow, sounds like a unique experience. I am so out of the loop with movies, but this one sounds like it will be really good.

I cannot wait until this movie!!

Great interview. I’m looking forward to seeing this movie, great actors and some scenes were filmed less than 10 minutes from me in Brooklyn!

I’m looking forward to getting to see this film. I love Vince Vaughn and think he is so funny. Enjoyed the interview.

I wonder how an audience would rate the two finished movies and compare them.

How fun to get the real movie scoop. I am sure it was a blast being on the set while filming was going on! I look forward to seeing the movie.