I’m frequently sent information on upcoming television, DVD/Blu-ray and movie news. I’ll be compiling and sharing the best and most interesting news with you here each week.
Tink’s Summer Family Activities – Flitterific Family Fun!
Disney presents the first Fairies movie in over two years. Join Tinker Bell and friends on their new adventure into the never-before-seen mysterious Winter Woods, where Tinker Bell finds out that she has a sister and discovers other incredible secrets that will change her life forever.
A magical fairy adventure for the whole family, “Secret of the Wings” features a spectacular voice cast including Academy Award®-Winner Anjelica Huston (“Smash”) as Queen Clarion, Timothy Dalton (“Chuck,” “The Living Daylights”) as Lord Milori, Lucy Liu (“Southland,” “Charlie’s Angels”) as Silvermist, Raven-Symoné (“That’s So Raven”) as Iridessa, Megan Hilty (“Smash”) as Rosetta the Garden Fairy, Pamela Adlon (“Californication”) as Vidia, Matt Lanter (“90210”) as Sled, Debby Ryan (Disney Channel’s “Jessie”) as Spike, Mae Whitman (“Parenthood”) as Tinker Bell, and introducing the sparkling new winter fairy, Periwinkle, voiced by Lucy Hale (ABC Family’s “Pretty Little Liars”).
Tinker Bell, Periwinkle and their Fairy Friends have put together some fun activities for you to enjoy with the kids this summer in celebration of the upcoming release of SECRET OF THE WINGS:
Tinker Bell and Periwinkle’s Snow Cone Stand Recipes
Secret of the Wings Fairy Friend Feeder Craft
A Maze to the Winter Woods 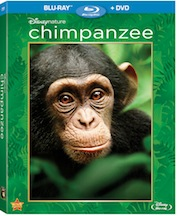 On August 21st, Disneynatures’ CHIMPANZEE releases on Blu-ray Combo Pack (Blu-ray + DVD), Digital and On-Demand viewing. The inspiring film follows the True-Life Adventure of Oscar, a young chimpanzee whose curiosity and zest for life showcase theintelligence and ingenuity of some of the most extraordinary personalities in the animal kingdom. Bonus material includes a making-of documentary, the “Rise” music video from McClain Sisters and more!
KATIE COURIC’S NEW, NATIONALLY SYNDICATED DAYTIME SHOW, “KATIE” – “YOU’RE INVITED”
Award-winning journalist, best-selling author and television personality Katie Couric is hosting a new daytime show. Broadcasting live every day from New York City in front of a studio audience, the daytime program will be timely and topical — blending entertainment, information and stories of the day in a format that is engaging, compelling and interesting. Katie will explore what’s going on in the world, using her personal experience and insight to get to the heart of what matters most to viewers. The show will include powerful segments and thoughtful interviews with newsmakers, celebrities, and everyday people who have extraordinary stories to tell. Cleared in 95% of the US, “Katie” is distributed by Disney-ABC Domestic Television and is executive produced by Katie Couric and Jeff Zucker. “Katie” premieres September 10th in national syndication (check local listings or www.katiecouric.com).