I was invited to this event and as much as I really wanted to go I unfortunately could not. Fellow Tristate Bloggers member Sam of Have Sippy Will Travel was kind enough to stand in for me. This is a guest post written by Sam. The photos that are hers have been used with permission. 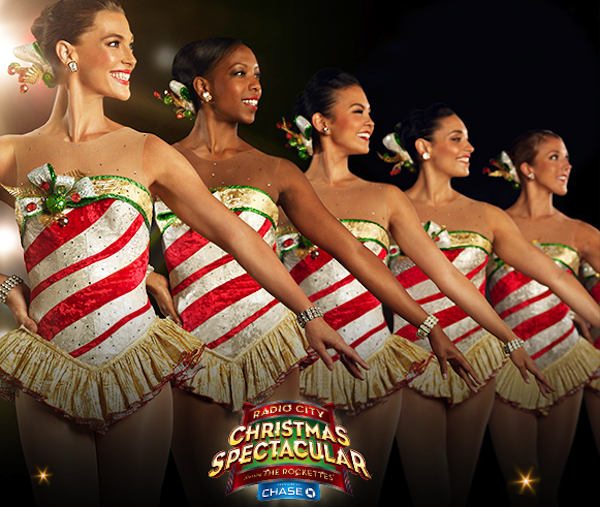 This past weekend, we went into New York City to see the The Radio City Christmas Spectacular. It’s one of those things that you need to do at least once in your life, if not more often (if you are close enough that you are able).
Starting on November 7, and running through December 31, you and your family and friends can go see one of NYC’s iconic show’s (and some of the world’s most iconic dancers) to really get the holiday season started. 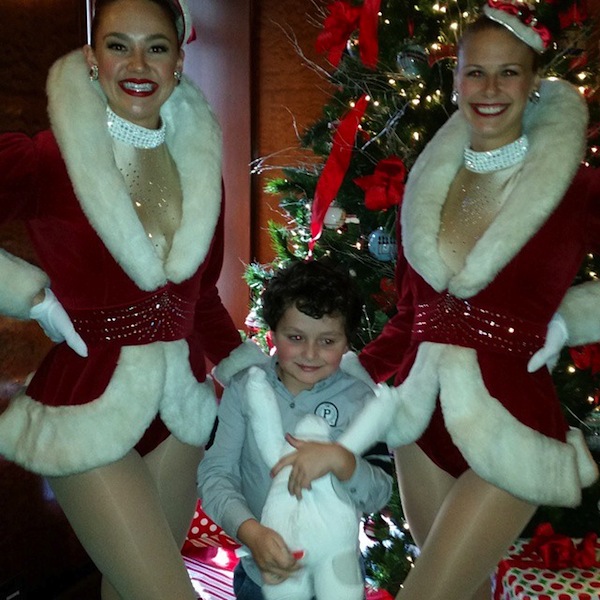 My son was able to meet some of the lovely ladies of the Radio City Rockettes, which was of course fun. (There was a teenage boy waiting behind us, I think it was a little more fun for him, but still.) The Rockettes have been performing at Radio City since 1932, and during the Christmas season they preform 7 days a week. The Rockettes also perform every year at the Macy’s Thanksgiving Day Parade in NYC and America’s Thanksgiving Parade in Detroit. This past week, they also lit the Empire State Building red and green for Christmas. Gotta love those hard-working ladies!

Afterwards, we went down to see the show. My son was enthralled- it had been a few years since he had seen the show, and he really loved it. His favorite scenes were the Rockette- reindeer pulling Santa’s sleigh, the many dancing Santa’s, and the Radio City version of “The Nutcracker”, with teddy bears.
He loved the surprise streamers and snow that fell on the audience as well. We all loved the ending, the true meaning of Christmas. It was a beautifully done “walk” by the 3 Wise Men and their entourage, as well as live animals, as they went to pay tribute to the new born King. At the end, traditional hymns and Christmas songs were sung and the whole group was in front of the Baby Jesus, Mary, and Joseph. 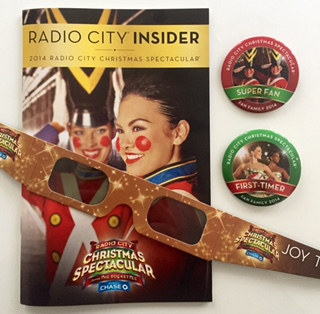 As much fun as Christmas and Santa are, it’s great that the Radio City Christmas Spectacular ends the show on the right note. We can’t wait to see it again soon.
Book your tickets now online or by calling 212-247-4777.

Is there anything special you do to kick off the holiday season?

I remember seeing this so many times as a kid. Such a classic Christmas show. I hope one year to bring my kids up to see it.

Sounds like fun. I would love to see it at least once. We always go see all of our city lights when they light them up and we go see Santa at the mall.

This would be an amazing holiday experience to have. I have always wanted to go see the Rockettes.

I would love to take my family to see the Rockettes for Christmas. It would be so much fun!

This looks like a wonderful show! I would love to see it in person one day!

go to wdw for its osborne lights