How Purina Helps Domestic Violence Victims and Their Pets Heal Together 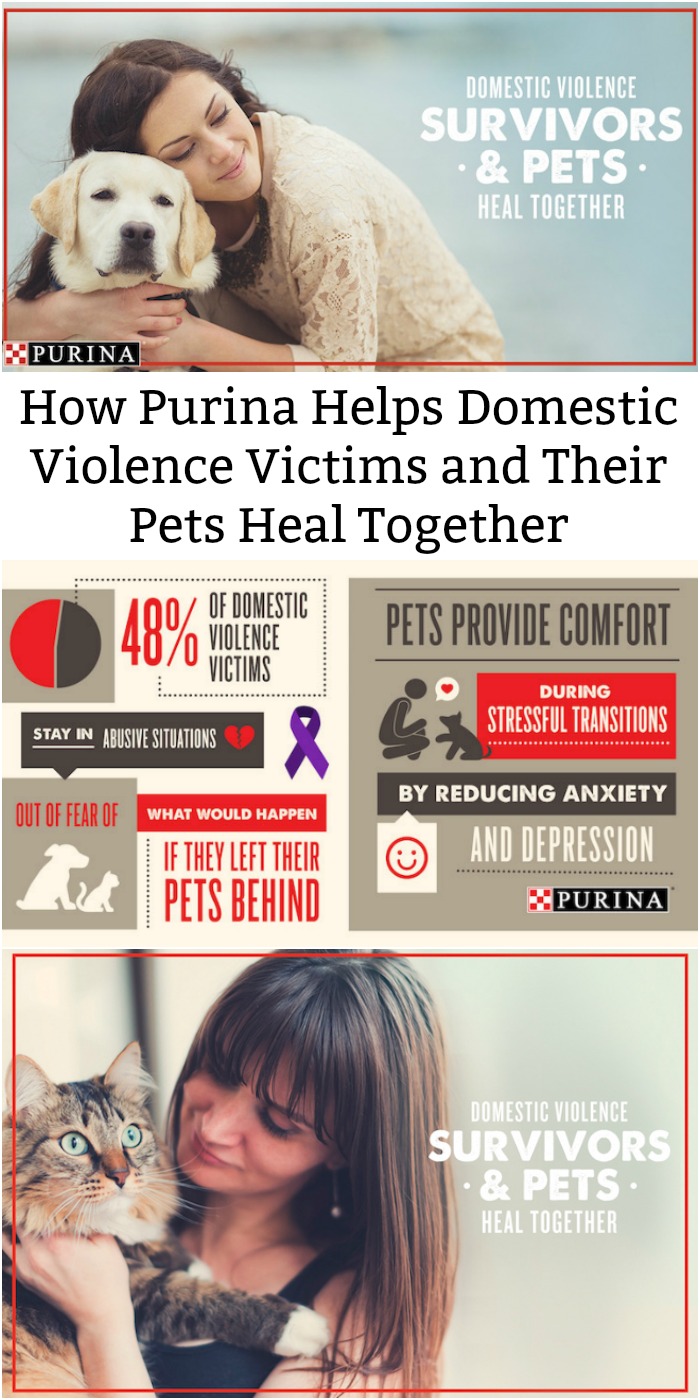 This post was written in partnership with Purina. Please note that, as always, any personal opinions reflected in this post are my own and have not been influenced by the sponsor in any way.

I have had at least one pet for just about my entire life. I consider my pets my furry family members and love them very much. They do many things with us, including hang out, snuggle and watch tv. They even sleep with us. One of the many reasons that I love them is because they can be very intuitive. They like to share happiness and can often sense when something is wrong. On occasions where I’ve felt sad or ill, my pets have always seemed to know. It’s comforting. 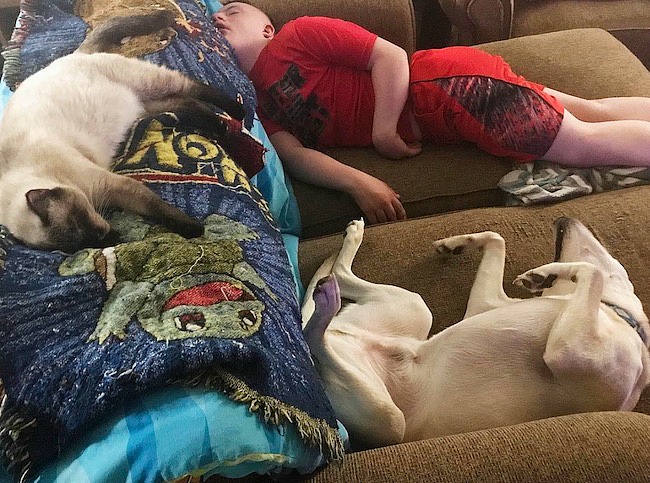 I cannot imagine not being able to turn to my pets, and the thought of them being harmed taken away from me in order to hurt me is inconceivable. Victims of domestic violence deal with this more often then you may realize. 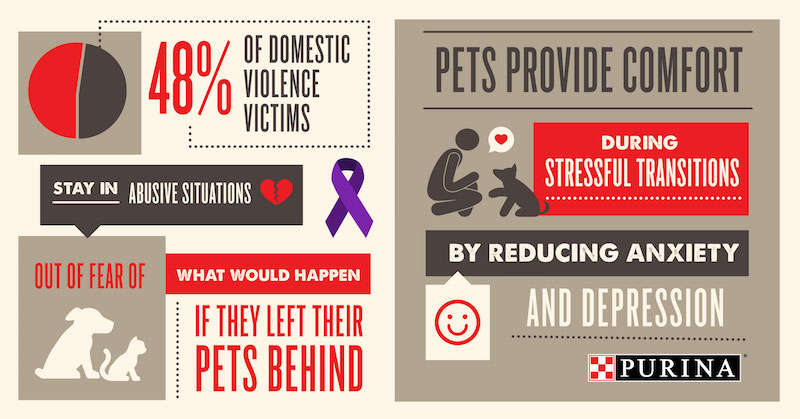 Studies show 48% of domestic violence victims stay in abusive relationships out of fear of what would happen if they left their pets behind. Studies also show 70% of domestic violence victims report their abuser threatened, injured or killed their pet. These would not be small numbers on any given day. They are particularly poignant today, October 31, because October is Domestic Violence Awareness Month. Raising awareness about domestic violence is important because it helps educate people about situations that often don’t become a topic of public conversation to light. It also provides an opportunity to share resources and support survivors. 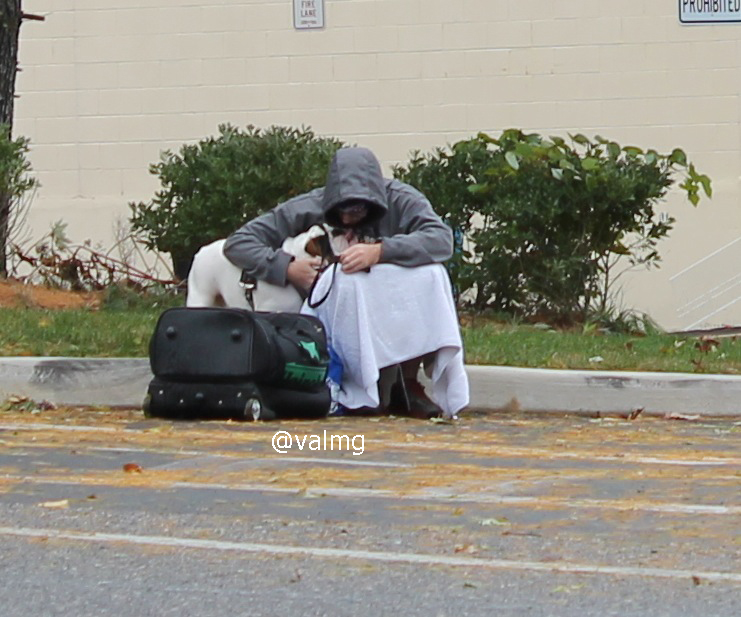 We know from the loving bond and attachment that we feel with out pets that people and pets are better together. Five years ago when Hurricane Sandy devestated our area, pets were a huge concern. People didn’t want to evacuate without their pets, and those with no other option stayed in their homes with their pets risking danger from the storm. One of the rawwest moments that I have ever seen is a moment between a man and his dog, which you can see in the photo above. I took that photo the day after Sandy, and it shows a man sitting on the curb at the end of our neighborhood holding only a suitcase and his dog. I have never experienced domestic violence, so I can only imagine how hard the idea of leaving what may be your best source of support and love might feel like. 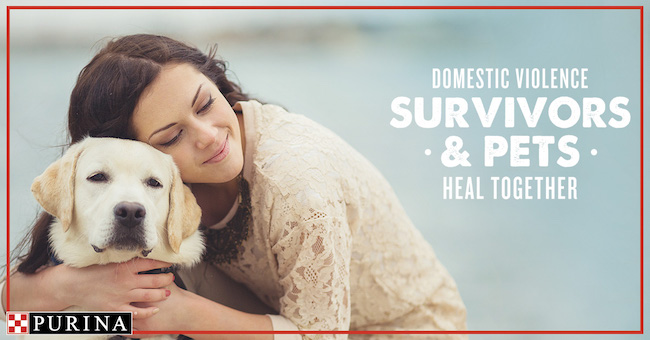 Purina established a partnership with the Urban Resource Institute (URI) and its People and Animals Living Safely (URIPALS) program several years ago. The goal of this partnership is to develop a long-term relationship to help survivors of domestic violence, and their pets, live in a safe place together as they recover and heal. At its core, this relationship demonstrates Purina’s commitment to the belief that people and pets are better together.

The Urban Resource Institute in New York is one of the very few domestic violence shelters in the United States that is able to accommodate victims and their pets. As of September 2017, URIPALS has assisted 74 families escape and 106 pets escape abusive situations. 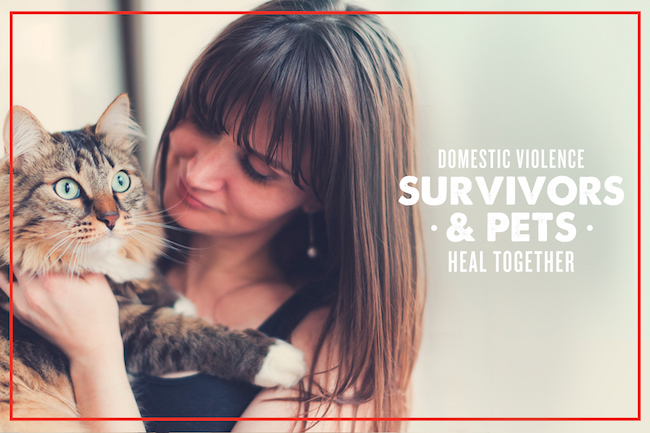