This post is part of a partnered campaign. Please note that, as always, any personal opinions reflected in this post are my own and have not been influenced by the sponsor in any way. 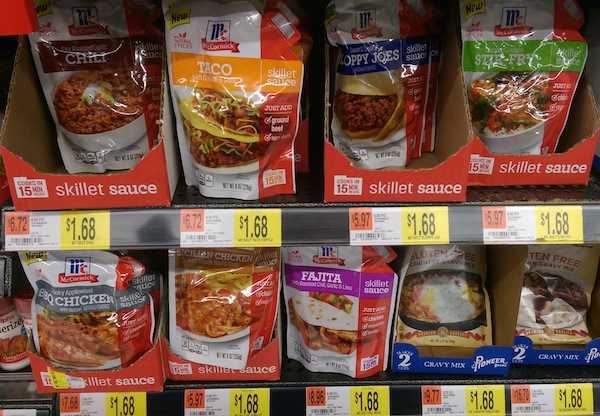 Who doesn’t love an easy dinner! I know on a busy day there’s not many things I appreciate more then a product that will help me make something for the family without spending hours in the kitchen.  Recently I learned about a new product called McCormick Skillet Sauces. It’s a sauce designed to help folks make a tasty dinner in a short amount of time. Basically, an easy dinner. Grab your skillet and follow the instructions on these sauces and in 15 minutes you’ll have an easy and tasty meal.

There are several varieties available:

The first variety of Skillet Sauce that I tried is the Sloppy Joe Skillet Sauce. The sauces come in easy-to-open packets that are found in the same aisle in Walmart as the spices. 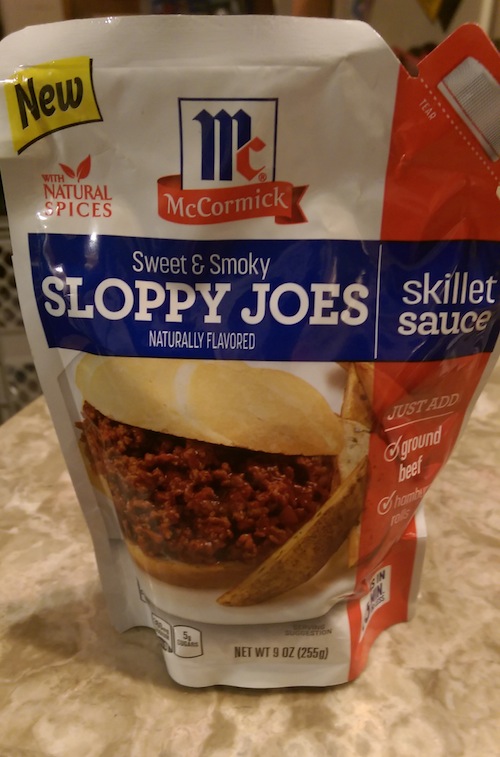 Sloppy Joe Skillet Sauce is super easy to use, nothing complicated at all. 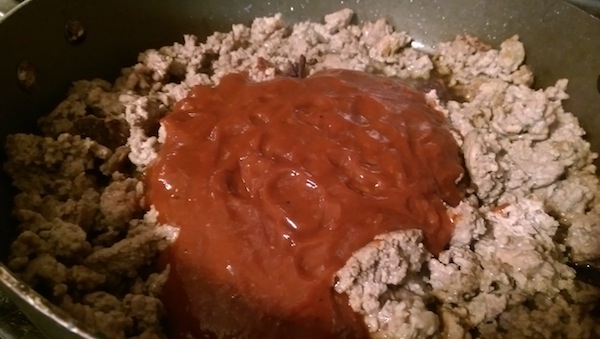 You brown your ground beef and then stir in the Sloppy Joe sauce. That’s it! Serve it up however you serve up your Sloppy Joes. 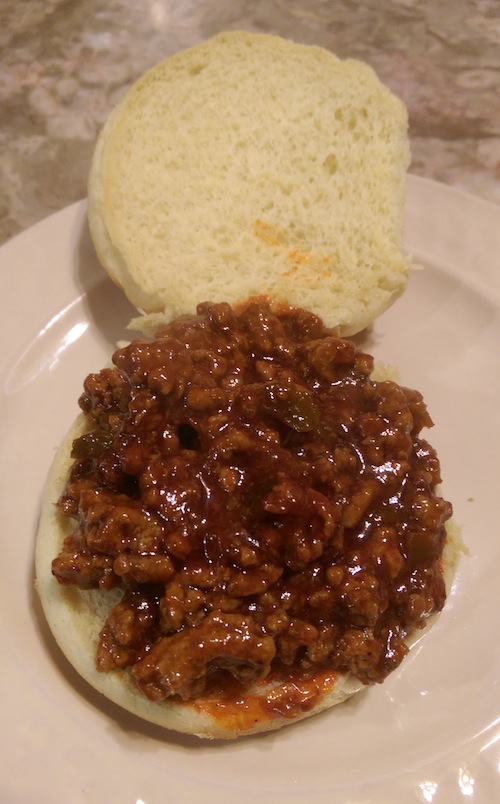 My son had his on a roll. I added some cheese to mine. 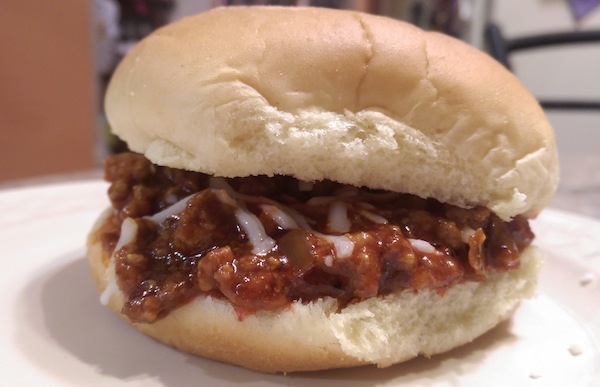 The sauces are so easy to use that they could easily be used as a part of another dish or recipe. Case in point. I made a double batch of the Sloppy Joe Sauce. We had some of it on buns, as seen above. In the other room I had a teen with guests that was asking for pizza. Guess what I did? I made a Sloppy Pizza! 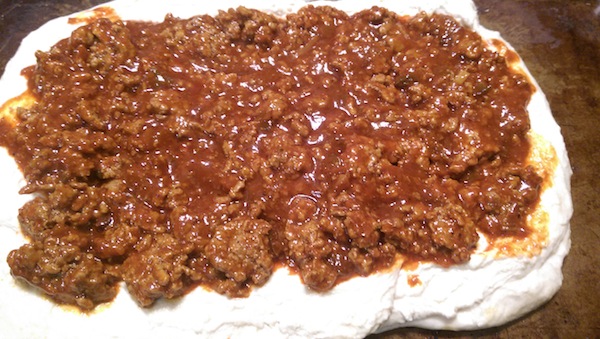 I already had the Skillet Sauce ready. So I grabbed some refrigerated pizza dough out of the fridge and rolled it out. 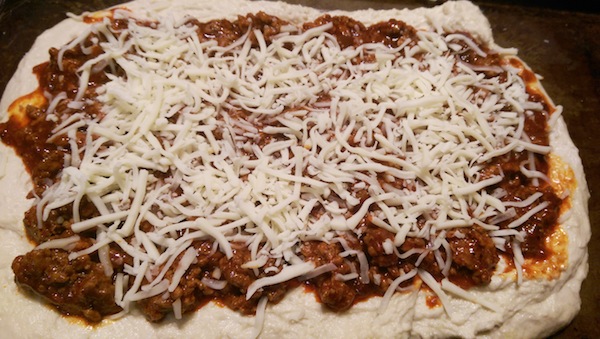 I put the cooked Sloppy Joe mixture on top of the pizza dough and then sprinkled some mozzarella cheese on top of that. 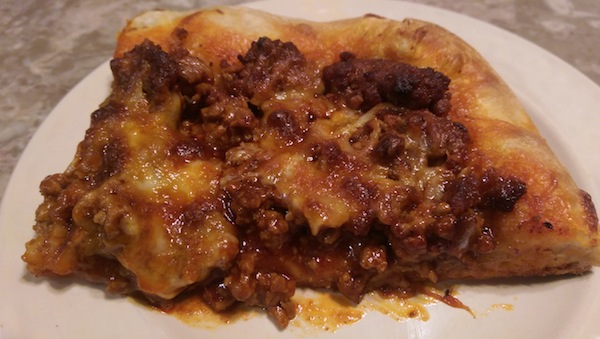 I baked for few more minutes (according to the dough package) and we had a yummy Sloppy Pizza!

Two nights later we made the chili. That sauce requires you to have a little more on hand – ground beef, beans and tomatoes. The chili was good. The gret thing about it was that it was easy to customize. My oldest loves hot and spicy things so it’s an brainer to add his favorite ingredients such as hot sauce to give the chili some heat. I have the Smoky Applewood BBQ Chicken with Bacon Skillet Sauce on hand and will be trying that later this week.

I really appreciated the convenience of the McCormick Skillet Sauces. There was no measuring or anything, really all I had to do was toss everything into the pan and stir. Easy peasy!

Which variety of McCormick Skillet Sauce would you try first?

Allergies, Eczema And all Free And Clear

I am a fan of anything that makes dinner time easier. Especially on nights when we are super busy.

Those Sloppy Joes look delicious. I have not made them in a while. I will have to try this recipe and surprise the kids.

I absolutely love sauce packs like this. All I need to do is brown up some meat, and I’ve got a base for all kinds of dishes. I don’t have to worry about chopping anything or seasoning. I just throw it all together.

So many choices, so little time. I wouldn’t mind starting with the Sloppy Joe sauce and going from there.

I love skillet sauces and was pleasantly surprised when I went and checked out the ingredient lists of several of the sauces. A few were OK for gluten free people to try like the Sloppy Joe, Taco with Chipotle, and Fire Roasted Garlic Chili. I’ll be on the lookout for these!

I love how they have some good varieties that make it easy to put a meal together quickly. They are especially great at this time of year when I am cooking inside more.

Oh, yum! I love the McCormick brand so I bet these are good! I want to try the Sesame Chicken Stir-Fry Skillet Sauce!

You had me at 15 minutes! I like meals that are so easy to prepare and are good too! Thanks for the info on these. I am going to have to pick some up.

Easy dinners are the best. I loved Sloppy Joes growing up. Yummy and easy.

I can never have enough sauces ready to go for a last minute dinner inspiration. We use the MC powder mixes a lot, so I’d probably like to switch out our fajita seasoning for the sauce!

I like to use McCormick spices, so I bet these skillets are tasty. And you can’t beat a 15 minute meal. Wow!

I would enjoy the Smoky Applewood BBQ Chicken with Bacon Skillet Sauce. They all look delicious. the sloppy joes would be a great dish to make as well.

My kiddos are huge fans of Sloppy Joes. Thanks for sharing the recipe.

Ohhh that looks yummy with the cheese! Now I need some sloppy joes!

I’m a big fan of McCormick sauces. I always have them in my pantry.

Love sloppy Joes so my choice is easy.

I’ve never tried these before but man, would they come in handy! I think I’d go for the Sesame Chicken Stir-Fry Skillet Sauce first!

I already use a lot of the McCormick line, but I had no idea they came out with skillet sauces–I am buying these the next trip I make to Walmart! Thanks!

I had no idea these were available. This will make preparing meals so much easier.

This was what my mom used to make our Sloppy Joe with. The package along brings back childhood memories for me.

Sloppy Joes are PERFECT on a nice chilly fall night. YUM! And the entire family loves them as well!!!