DVD REVIEW – The Light Between Oceans 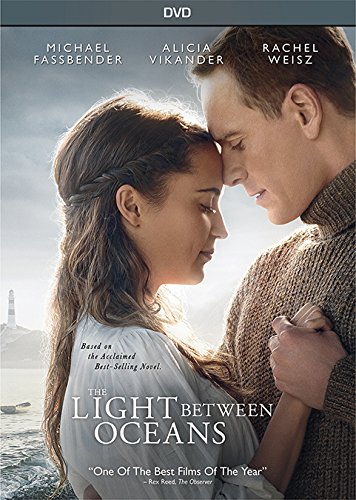 The Light Between Oceans

Lighthouse keeper Tom Sherbourne (Michael Fassbender) and radiant, spirited Isabel (Alicia Vikerland) live together in married bliss on a remote, rugged island off the coast of Australia. But their windswept world is turned upside down when Isabel learns that she’s unable to bear a child. One day, a drifting lifeboat washes ashore with a crying baby in it. The dilemma the couple now face will echo far beyond the island, engulfing and irrevocably impacting their world–and that of a stranger (Rachel Weisz)–in a passionate story about love, hope and a fateful choice.

Post WWI, 1918, in Western Australia lighthouse keeper Tim Sherbourne and his wife Isabel live in isolation. Following two miscarriages, Isabel suffers intense grief. Then a boat with a dead man and an infant washes ashore. Isabel’s logic is “No one will know she’s not ours. We’re doing nothing wrong.” They keep the baby and name her Lucy.

At her christening on the mainland, Tom accidentally discovers her history. Her mother Hannah disgraced her wealthy family by marrying German baker Frank Roennfeldt. She believes her husband and daughter Grace Ellen were lost at sea. Tom’s conscience, a letter he wrote to Hannah, and an owl rattle cause the police to accuse him of murder. Tom shields his wife and takes full responsibility. Distraught Isabel eventually confesses everything.

As I See It

Great cinematography in this chronological telling of love loss vs legality and doing the right thing. Light Between Oceans is a period piece and an old-fashioned story. Its melodramatic weaving of victimless crimes, consequences, and what price love into the plot–make it a morality tale hinging on who could forget a wrong done instead of holding on to it forever.

I saw this movie in the theater and I cried SO HARD!! I seriously went through like 8 tissues.

This looks SO good!! Great for my next girls night with my sister.