written by Valerie, Mom Knows It All
22 comments
FacebookTwitterPinterestEmail

This post is brought to you by Big Fish Games. 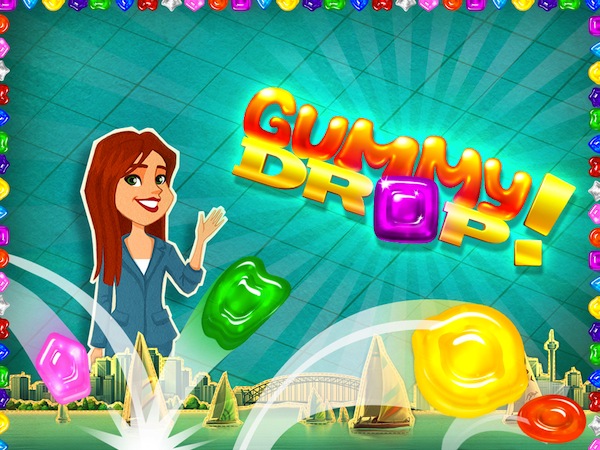 Do you play games on your mobile phone? I don’t play many. Don’t get me wrong, I love to play games on the computer and on the iPad. But I won’t play most games on my phone. Why? It’s for the same reason I don’t read books on there – things are just too small for me. I have poor vision and I just can’t see. I limit the games I play on my phone to certain types, match-3 being one.

Since learning about Gummy Drop back in September I have played it almost every day.Until I switched phones to an Android. Gummy Drop wasn’t available for Androids. So whenever I was out and wanted to play, I couldn’t. Well I am very happy to say that as of today that has changed. Gummy Drop is now available for Android! The game can be downloaded for free from Google Play and from Amazon. I am so excited!

When I heard this news today I must admit I was a bit bummed for a moment. After playing on the iOS platform almost daily for over two months I had just finally beat the continent with Sydney, Australia and moved on to the continent with Tokyo. I was afraid that I’d have to start all over again. But that was not the case! After installing the Android app on my phone the game connected to my Facebook account and loaded the game I’ve been playing all along, placing me right in Tokyo where I left off yesterday. Yay! 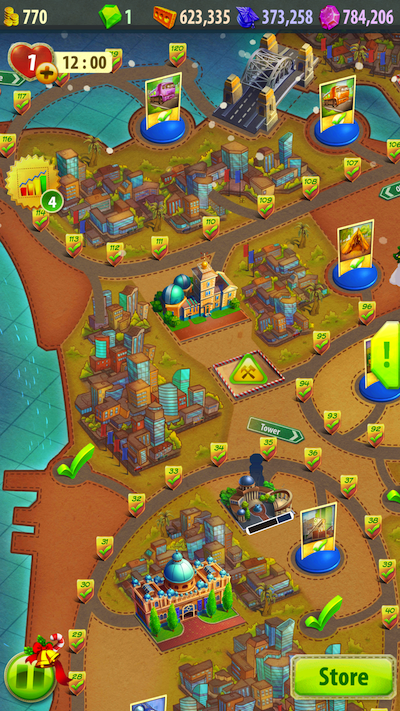 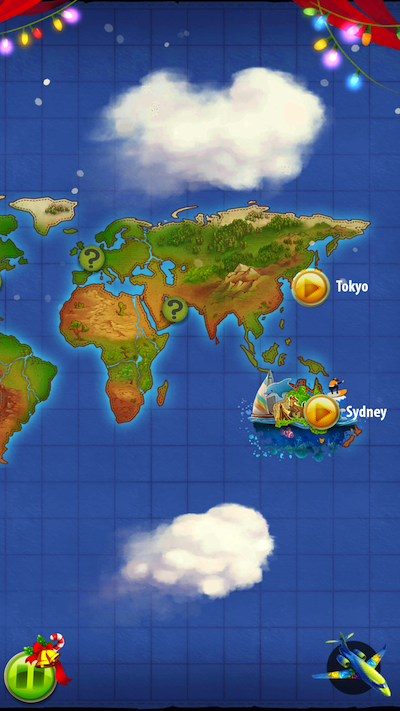 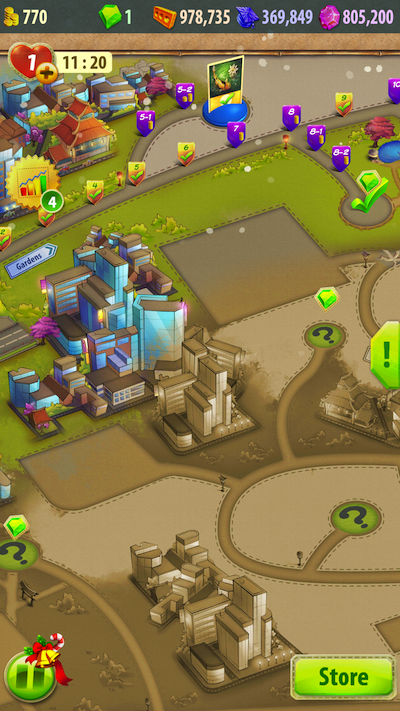 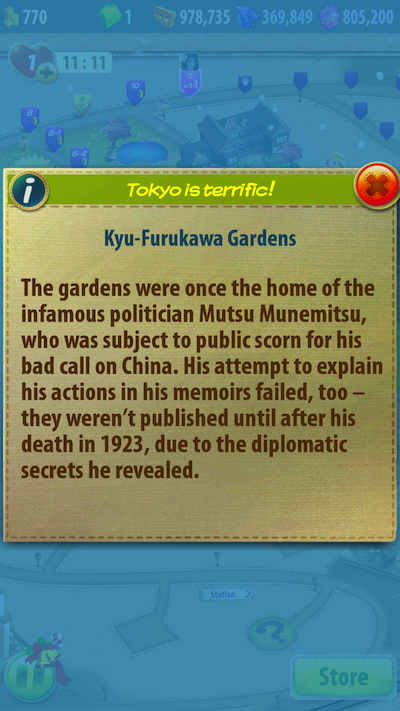 The game plays the same here as it does on the iOS platform. Your mission is to put the world map together. Your home screen is a map of the continent you’re on. The map also contains a list of the goals you need to reach in order to move on, as well as how many lives you have. In order to beat a continent you do need to beat all of the levels on it. But there’s a twist. Each level can be played three times. For each of the three times the level is played it gets more difficult, but it also provides more or better rewards if you beat it.

When you start the level you are shown the goals for that level, such as a specific number of bricks to collect or tiles to interact with. If you have bonus items available to help you you would choose them at the beginning of the level. Those bonus items could include special new tools or power boosts.

As you progress through the game you also build resource centers, which give you items like bricks. You can also build landmarks. This is neat because when you build a landmark you learn a little information about the real thing.

Check out the trailer for a better idea of how the game looks!

Do you enjoy Match-3 games? If not, do you have a favorite type of game that you enjoy playing on your phone?

Books For Parents That Encourage Thoughtfulness, Mindfulness and...

Get Massive Cleaning Power In A Little Package...

Easter Baskets Made Special And Simple With Russell...

Oh man, games on my phone are so addicting! I haven’t played this one but Big Fish always has the best ones.

Oh goodness, another game for me to get addicted to! I played Candy Crush until I got stumped and cannot get past my level.

Sounds like a really fun game. I have an iPhone, wish it was available for that and not just android!

It is available for iPhone! http://www.bigfishgames.com/mobile-games/ipad-iphone-android/9931/world-saga/

Games like this are so addicting. I have to be careful when I start playing, because I don’t stop!

These apps are both amazing and horrible at the same time. They suck you in, and they never let you go!

That sounds like a fun game!! I love to play games on my phone while waiting for appointments much more fun then working.

This sounds like a great app. I bet my kids would enjoy this!

I never have but I know my husband does, I;ll have to show him this when he gets home from work. I think he’d like this one.

I’ve never really played games on my phone, but my hubby is a fan! I will pass this onto him!

I’ve been addicted to Big Fish games before. I might have to check this out!

I love hearing about games for iphones AND andriod phones! I love playing games on my phone so it’s great to hear of games others enjoy playing too.

I have to admit that I rarely play games on my phone. However, I do like to have something on it for those times when you get stuck somewhere and want something to pass the time.

I don’t play many electronic games–too small for far-sighted eyes.

This looks like a phone game I could get addicted too! I love games in my spare time.

Big FIsh Games is where I got started. I LOVE them

I am always looking for new games to play. I am going to check this one out.

This looks like something that the kids would really like. I tend more towards hack and slash dungeon crawl games when I get a chance to play (which isn’t enough, sadly).

I’ve only had a smart phone since June, and I’ve been so busy I really don’t ever have time to play games. I haven’t tried any Match-3 games yet, but I do have Angry Birds because it’s fun, and handy to have around if I have to wait somewhere with my two year old (who LOVES it).

Sounds like a fun game. My kids are always wanting to play games on my phone!

I spend way too much time playing these games, but they are fun.