Good Smartphone Pictures Have Nothing to Do with the Smartphone 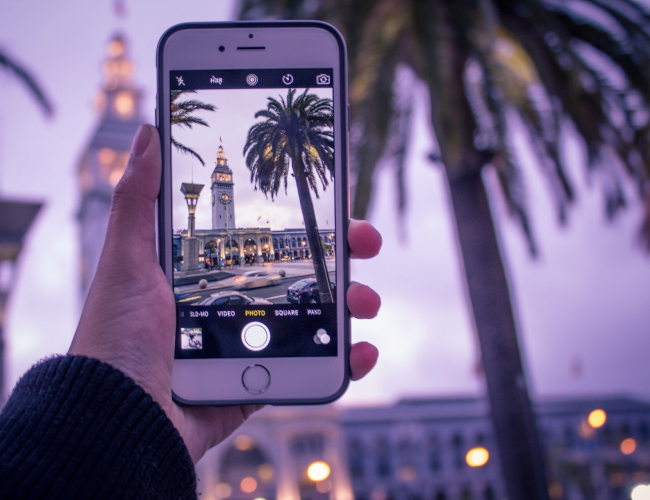 So you are about to take a family picture with your smartphone. Pardon the interruption. But do you have an expensive iPhone or a cheap Android phone? Here’s the thing: It doesn’t matter.

If that comes as a surprise to you, then you were probably just about to make a big mistake with that picture you were about to take. You were very likely placing too much importance on the camera rather than the memory.

I know how much you want to get back to taking that picture. So let’s dive right in:

Look at a picture in a magazine, one that really catches your eye. Now ask yourself what is going on in that photograph. What is the story unfolding in that picture?

If it is just a person staring at a lens, that is not a very interesting story. But maybe the person in the pictures is gazing longingly into the eyes of another person. Now that is the beginning of a story.

Who is that other person? Is it a spouse, a secret lover? What clues can you find in the background? These are the details that transform a picture into a story.

Everything Is a Pose

There is no such thing as an unposed picture. A candid picture is just a person caught in a pose they didn’t think about in advance. Family picture poses tend to be thought out in advance.

Notice these family picture poses. None of them are people inexplicably staring at a lens. You can clearly see the story in each pose. So don’t fall into the trap that poses have to be sterilized of meaning and utterly predictable. Everything is a pose. So make it a good one.

Capture a Memory, Not a Picture

We mentioned this up front. But it bears repeating: If you want to get the best picture, forget about the camera. Sure, there is a lot of technology in the camera that can affect the image. The reason it is mostly irrelevant is that you are not taking pictures. You are capturing memories.

Find the picture in your collection that carries the most emotional impact. Perhaps it is a picture of your spouse or a deceased relative. Now ask yourself, what camera was used to save that memory.

The answer is that you don’t know. You don’t care. And you might even be a little insulted that anyone would ask. Depending on the age of the photo, there is a good chance the camera you carry in your pocket is much better than the one that captured your most important photographic memory.

We all know the phrase, Lights! Camera! Action! All shutterbugs bring the camera. And many already know about the action. But it is remarkable how often we forget about the lights.

A photograph is literally an image made of light. It is the single most important part of any picture. Forget about low-light photography. If you care about the quality of the picture, be sure to find a way to put sufficient light on the subject.

Consider How the Picture Will Be Shared

Before you take that family picture, there are some things you already know about it that will help you focus on the important things and ignore the irrelevancies.

You are dealing with a picture that will be shared electronically over a service like Instagram. It will be compressed to within an inch of its life. No one will ever see the full-sized image. So take the picture with the final medium in mind.

If you tell a story with your picture, treat every pose as an opportunity to forward that story, capture a memory worth saving, include plenty of light, and do that which is appropriate for the final medium, you will never have to worry about the technical details of the camera you used.

Now go ahead and take that picture. Your family can’t hold that pose

Posing may not be everything but seeing faces clearly often means much.

These are good strategies for taking photos with a smartphone. I will have to keep these in mind for everyday photo taking. I’m all about natural light and not using a flash or even indoor lights.