Get Screen, The Tech Device Management Solution For The Whole House 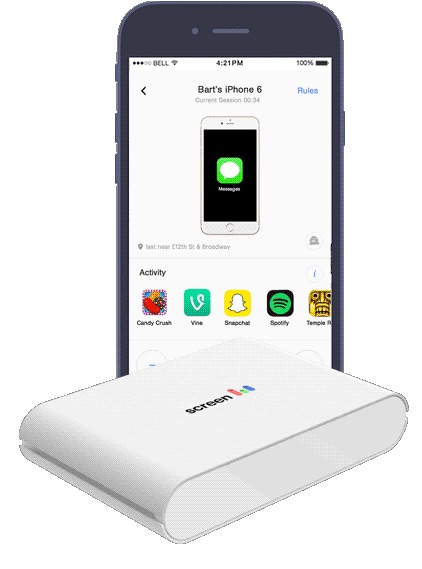 The fact that my youngest son has developmental delays doesn’t mean that he doesn’t do some of the things that “typical” kids do. He does many of those things, just at his own pace and in his own way. Take technology, for example. Many kids like it, my son included. He doesn’t have many friends to play with at the house so he relies on toys, tech and me. Tech is a big part of his day. He uses it to help him communicate. And he also uses it for fun. There have been multiple occasions where I tucked my son in (yes I still do) and went past the room 30 minutes later to find he’d snuck the iPod into bed and was playing with it under the blanket. It’s such typical behavior that I have to smile. And while I hate to totally ruin his fun, he does need some tech downtime, as well as rest on school nights. But I hate to disappoint him, since he asks for so very little. In circumstances like these the idea of parental controls do have an appeal.

My older son is into video games. He always has been. Trying to pry him away from his war games is pretty similar to trying to pry me away from a good cheesecake. It doesn’t easily happen. Being 20, he enjoys video games almost as much as he enjoys using his phone to stay in touch with his friends. I remember one night he was feeling a bit fresh and feisty. He was a little too sassy for my liking so I turned off the phone. After he discovered he could not make a phone call he felt the need to try and “one up me” in a way, making the remark “well I can still contact people through Facebook.” With that I turned the internet off. Now while that certainly made a point to him, it also left me temporarily without internet. Once again I found myself contemplating the appeal of having parental controls.

Most people have access to some sort of controls over their mobile phones and internet. But to make use you have to log in to different sites or devices, since managing most of them is done separately. A centralized tech device management solution is something that would certainly be very convenient. But, it’s also something that I’ve never seen or heard of until recently – until I learned about Screen.

Screen is the first-ever home automation solution (app + hardware) for parents/families to put healthy limits on screen time for all devices (android, iOS, PCs, gaming consoles, streaming devices and cable TV.) Any mobile phone, tablet, PC or TV can be disabled / enabled using the Screen app from anywhere. What makes the Screen solution different is that it’s not a standard parental control software. Instead, families agree on when there will be screen–free time (every person’s daily schedule can be different and times can be easily adjusted), sets rules that make the most sense for them (which can be adjusted/changed in a snap.) So it can be as simple as “screens off” for dinner time or after a certain time in the evening. Each device in the family can have its own rules towards screen-free time.

Screen was created by a mom who wanted to find a better way to include her kids in the decisions about when and how to use their devices. Screen can be set up in just a few steps. First you plug the Screen unit into your television. The unit functions as an HDMI hub to manage all HDMI connected devices (Wii, xBox, streams etc.) and TV. HDMI devices are connected to the TV through Screen Box, enabling you to manage each video channel separately. Then you install the Screen app on your cell phone, as well as any of your children’s devices. Those two steps are the only physical steps you need to take to get Screen ready to run.

Once connected you establish the rules you want to put in place with simple clicks and swipes. You can even establish different rules for different times of the day such as dinner, study and bedtime. Along with the schedule you can lock any device. Other features parents will really appreciate are being able to see the location of any device, what apps are installed on that device, and take a screenshot of what’s on the device screen right at that moment. Parents can view and manage devices from anywhere they like at any time.

I mentioned the iPod and a mobile phone. Screen can actually be used with just about every tech device in the house using 3G, 4G and WiFi, including:

If you need to make changes to the settings it only takes one swipe to do.

Should you find yourself in a situation where the configuration you’ve set up isn’t sufficient for a situation, you can simply shake your phone and it will turn all screens off right then. Think of that as an emergency shut off switch. 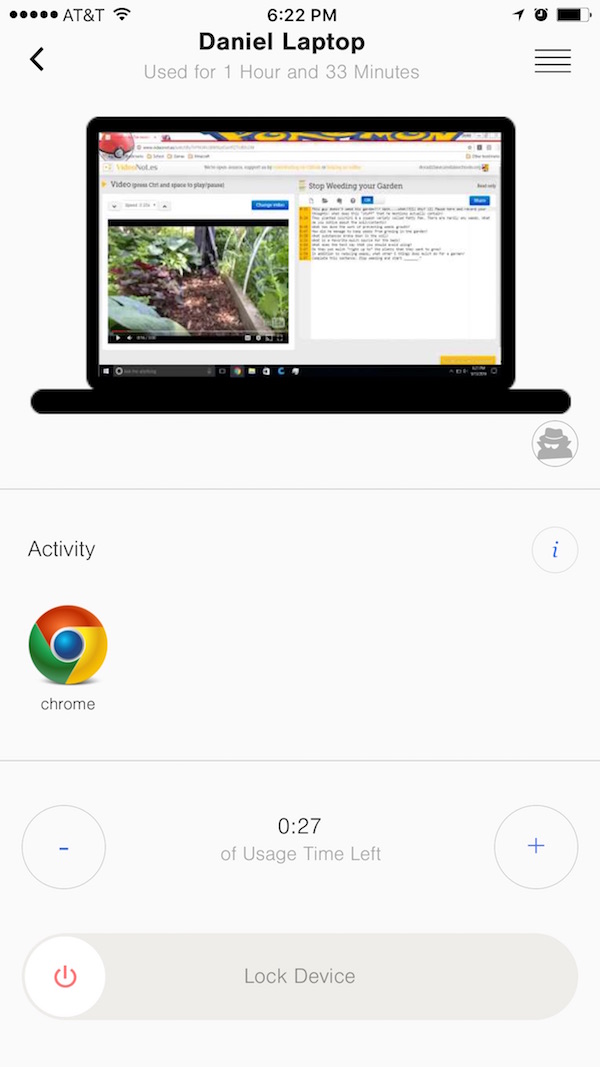 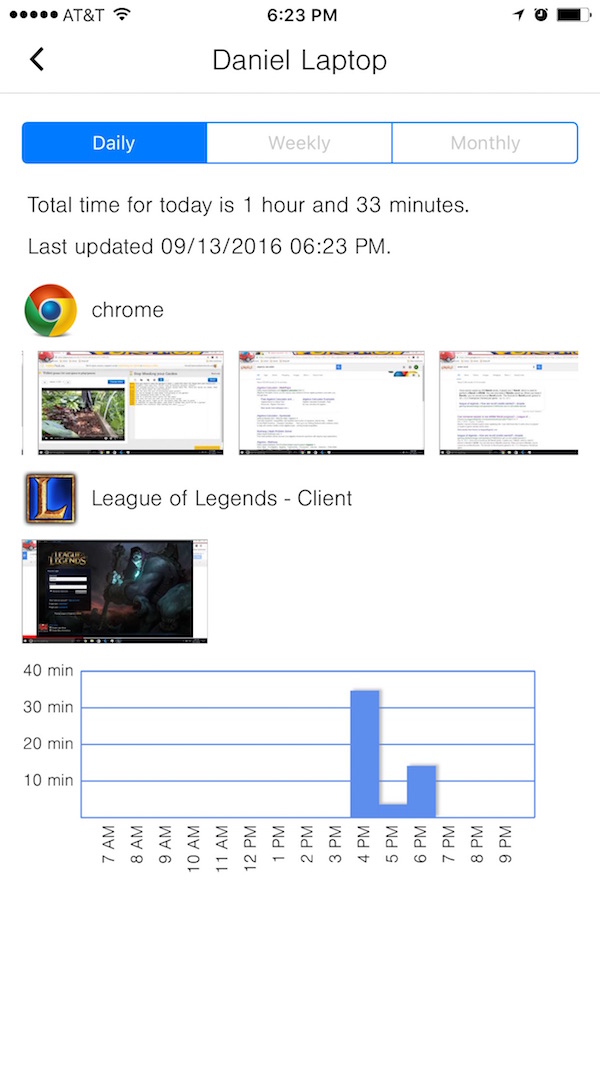 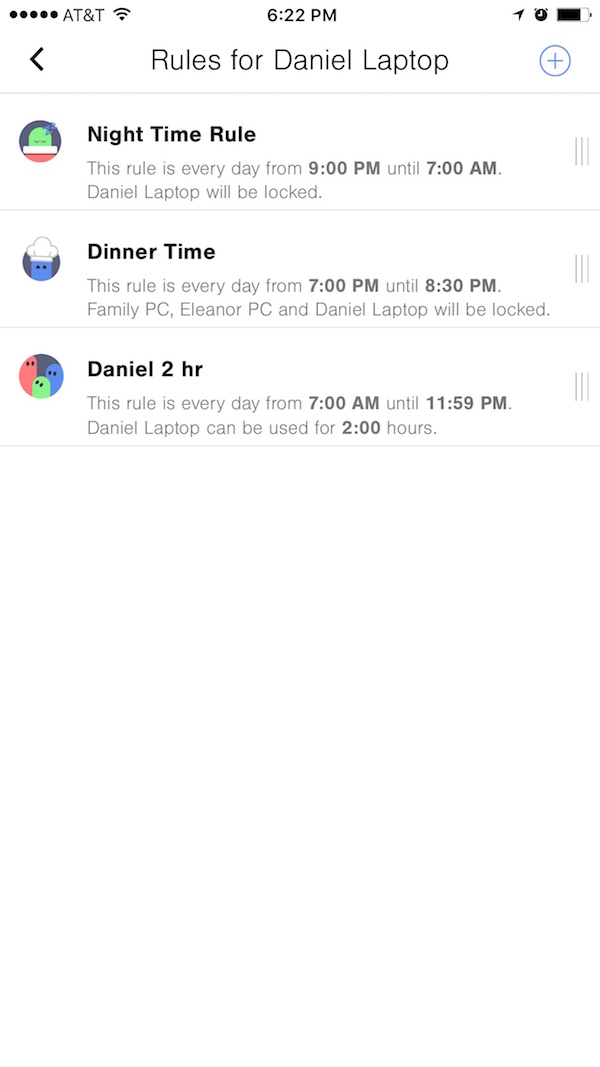 Some children try to argue and bargain about time limits if a parent gives them a “2-minute” warning that it’s time to shut down. Screen prevents this from happening by setting a firm time limit. Children are given a reminder that it’s almost time to turn off their device. If they happen to be in the middle of something important this gives them time to save or ask you to consider extending their time. Screen is able to notify parents if anything has been tampered with, as well as when children show good technology behavior. Parents also can receive daily activity reports on exactly what their child did while using their time.

You can learn more or get screen by visiting https://www.getscreen.com/. There’s currently a special promotion to manage unlimited devices for only $99, with no long-term commitments and no fees.

Try it! – for limited time, try Screen at getScreen.com/install.