written by Valerie, Mom Knows It All
28 comments
FacebookTwitterPinterestEmail

Come bedtime (or any time of day actually), there aren’t many things more disheartening then not being able to find a favorite toy. Particularly if that toy has a little light or plays music or tells a story. If you aren’t familiar with that feeling, perhaps you’re familiar with that sinking feeling that you get when you can’t find a television remote or a video game controller. Well, people everywhere can rejoice in knowing that they don’t have to deal with those feelings any more, with the introduction of EasyFinder. 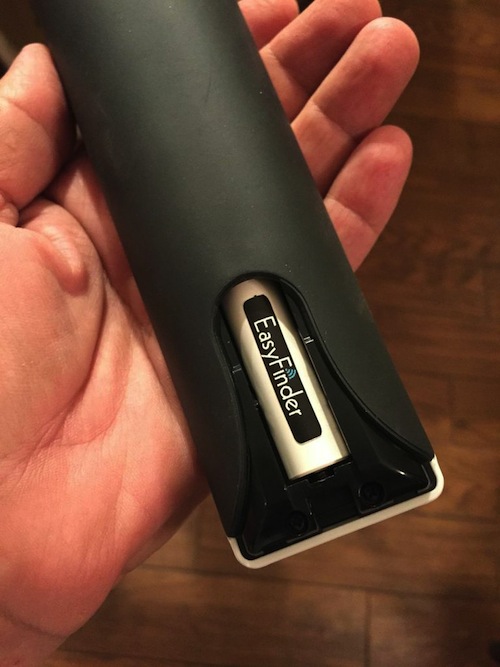 The EasyFinder is a low power Bluetooth transmitter that allows you to simply substitute one of the AA or AAA batteries in a TV or gaming remote control  or other battery powered item with the EasyFinder.

Let me go step by step.

On one hand you have a remote control or toy that you want to be able to keep track of. On the other hand you have EasyFinder with its patent pending technology. To get EasyFinder ready to use you remove a battery from the remote or toy. You replace that battery with the special EasyFinder battery, which has a low power Bluetooth transmitter in it.

EasyFinder is compatible with AA and AAA battery‐operated devices. Other sizes and specialty sizes are under development. The average battery lifespan is 4-12 months depending on usage and can be re-charged up to 1000 times. EasyFinder batteries, which are all assembled in the USA, can be recharged with any standard battery charger, which can be found at most big box stores. 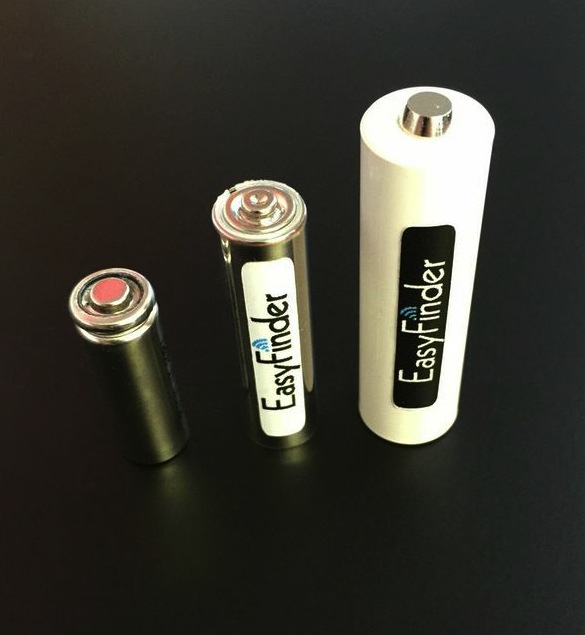 Once the special EasyFinder battery is in place you download the EasyFinder app for your iOS or Android device (free) and you’re ready.

The EasyFinder App tracks up to 10 devices from your smartphone using Bluetooth. The average Bluetooth range is 50‐70 feet. EasyFinder uses patent‐pending technology to create a two‐way communication system from the EasyFinder battery to and from a smart device. The app uses radar-like guidance with an audible beeping sound from the EasyFinder device, which in turn sends you in the direction of your lost remote. EasyFinder can be used anywhere where you have a Bluetooth connection, and is even compatible with international smartphones. 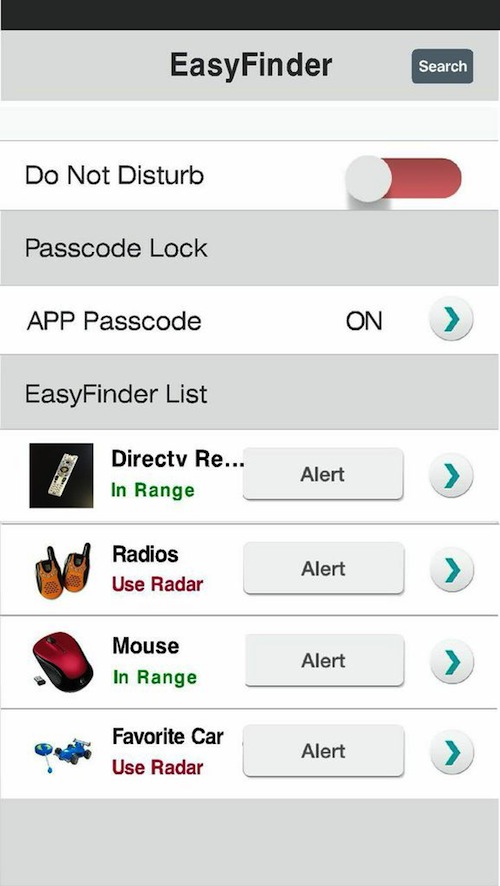 Making use of its two-way communication system, EasyFinder can find missing items like remote controls and toys. It can locate your smartphone from the battery case through an integrated Bluetooth alert button, which will activate a sounded alarm on your smartphone even when phone is on silent.

Just imagine. No more hunting for the remote! No more searching for favorite toys! Heck. I’d buy a little battery operated flashlight and stick that on my keychain, just so I could always find my keys!

You can pre-order EasyFinder for just $25.

What item would you put an EasyFinder on?

This is absolute genius! I’ll bet I’ve lost HOURS of my life looking for remotes and things like that.

Oh, this is just FANTASTIC! I have a husband and a teenage son, so I’ve spent my fair share of time looking for remotes and controllers. Thanks!

Haha this would be so useful for remotes. What an awesome invention!

Thank you SO MUCH for sharing this! I have three kids, and they are absolute experts at loosing everything. I once found our remote in the bathroom which was on the OTHER SIDE of the house away from the TV!

This is really cool! Would be awesome for our remotes that are constantly getting misplaced for hours on end!

This is such a great idea. I need this for my TV remote, I am always looking for it.

Guess I know what I am getting my mom for Mother’s Day! She is absolutely horrible when it comes to misplacing items such as her purse or keys.

This invention will definitely ease all our worries!! I’ve had the opportunity to witness this invention first-hand and it’s truly Incredible!!

Thank you Regina for trying the EasyFinder, glad you love it.

My kids are constaly misplacing the remote! This would be such a time saver

Well, this is something that I am totally needing! There is nothing more frustrating than spending hours looking for the remote!

This would be amazing on my keys and the remote control. I hate when i can not find them. This would be so handy.

I totally need this in my life. Thanks so much for this post! You never know what you’re really missing until someone shows it to you sometimes

Sheer genius! Never loose a remote again! I love this concept and the lost remote is one of the most annoying things in the world! Glad these is a smart solution!

What a great tool! I’d use it on our televisions and the remotes we’re constantly losing!

Oh boy could my in-laws use this… I’ve never seen any two people in one house so prone to losing things. Sending it to my MIL as a joke…though she might really buy it. 🙂

This would go on the TV remote and my cell phone so quickly the motion would be a blur. It is hard to believe how fast they get moved so they are hard to find. EasyFinder sound perfect for just about anyone.

I need this! GENIUS! I wish it would work on the 15 remotes we have already lost. 🙂 I can’t keep up with a remote, phone, hair brush… okay I tend to loose lots of things but I so do need this. 🙂

Well that is pretty cool. I’ve never suffered through a lost remote. Kiddo has though. We still can’t find her darn tv remote. I am convinced she took it outside with her and buried it. LOL

I am getting forgetful in my old age! I have been misplacing everything. I definitely need this!

We are always losing things like remotes. This would be great to have.

Oh my goodness, we need this in our house right now! My husband is always losing the remotes and it is annoying as heck tracking them down!

My memory is awful. I could use it on so many thing, especially my reading glasses. 🙂 My son has a TV in his room and can never keep up with his remote.

I wish it would work on my home phone. Those some how get buried into the furniture.

Sounds like such a handy tool. Wish I had a smart phone so I could use it.

I so need this in my house! Losing the remote is a common problem for us!

I seriously need one of these for each of our remotes. What a great idea!