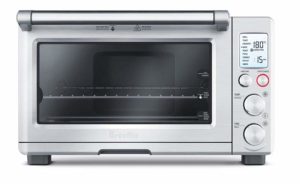 Typically, convection ovens are known for their popularity in the restaurant industry as well as in commercial cooking facilities. However, it is becoming more popular for individuals to own convection ovens in their homes or at least a conventional oven that can switch to a convection mode upon request.

Convection ovens are speedier and more efficient than conventional ovens, and therefore may be more expensive. However, professional chefs from around the world swear by them and rely on them for delicious tasting food. Also, since the air circulation in a convention oven is the same throughout, food will cook at the same rate no matter where it is placed in the oven on the top or bottom rack or near the front or back.

Check Out This Deal On Jack Link’s Beef...

Save On Jack Link’s Beef Jerky With This...

Save $1 on McCain Veggie Taters With This...