REVIEW – Chuggington Live At The NJPAC

Admission was provided free of cost to me in order to facilitate this post. This post has not been monetarily compensated. Please note that, as always, any personal opinions reflected in this post are my own and have not been influenced in any way. 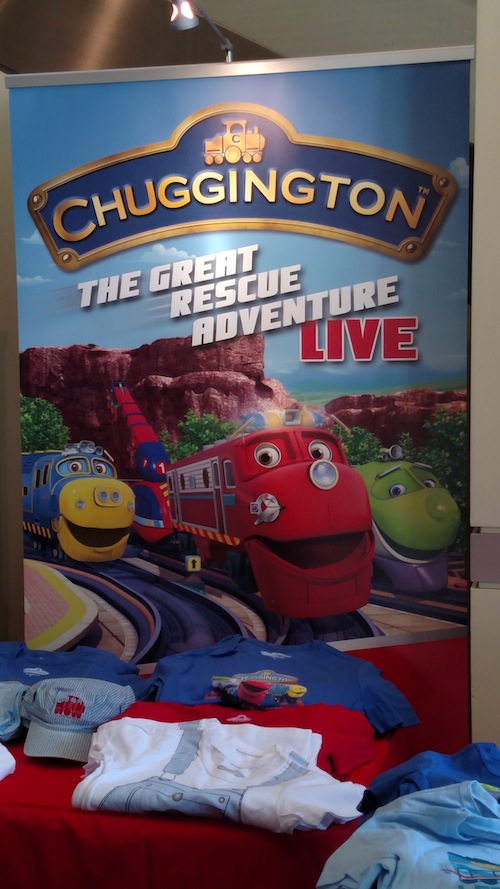 If you have small children you might be familiar with the television show Chuggington. My youngest absolutely loves it, it’s one of his most favorite things! He not only watches the show daily, he also watches the videos, uses the apps on our iPod, and plays with the train sets. This past week I had the pleasure of seeing him be truly delighted when we went to see Chuggington Live. 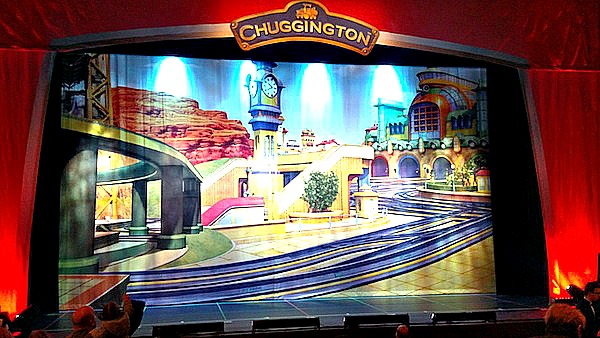 Chuggington Live is a live stage show based on the show. The show has a total running time of 75 minutes, being broken into two 30 minute acts and a 15 minute intermission. 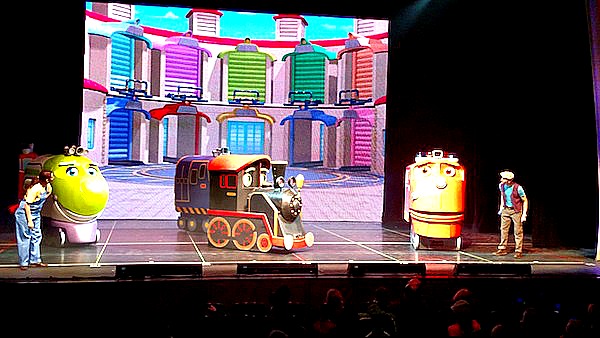 The show features characters that children are already familiar with, including the locomotives Wilson, Coco, and Brewster. Now obviously there aren’t giant real trains on the stage in this show. What the audience sees is large-scale trains that move around the stage. They look like they move smoothly and effortlessly so I am guessing they’re pretty lightweight. The trains have working eyes and mouths, so they look very much like the ones you see on the television show. Part of the set includes a video wall, which helps make the live action and locations we’re familiar with from the television series blend together to become a part of the show instead of just scenery. 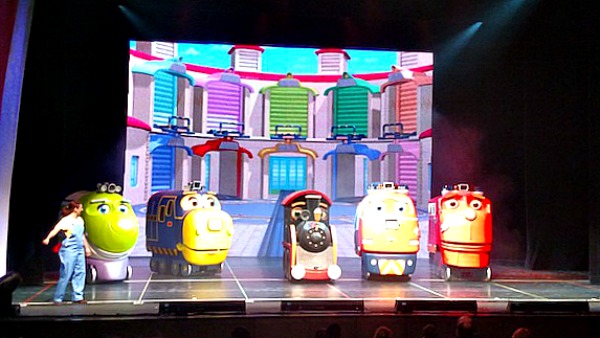 Chuggington Live has other cast members besides the locomotives, of course. It has a real human cast too! The character of Eddie joins with other talented cast members to lead the show in song and dance. The show incorporates a lot of live music, some of which comes from the show and some of which is original. 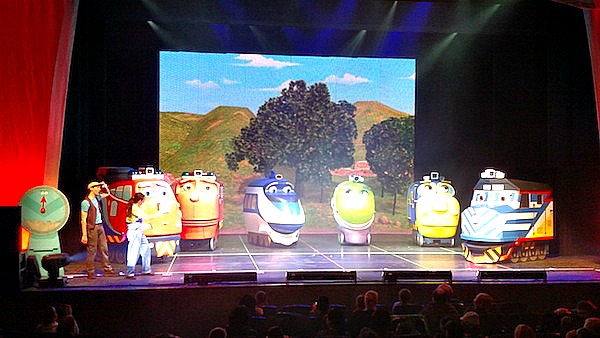 In Chuggington Live the trainees are training, as they do in the television show. Several tests have been set up in order to test the trainees on things like speed. Wilson has a dream of being the Chief of the Chug Patrol someday, so his test is how he would handle certain emergency situations. He’ll have to pay attention and think quickly in order to pass. The locomotives must all work together, using teamwork, good sense and encouragement, to get things done safely. 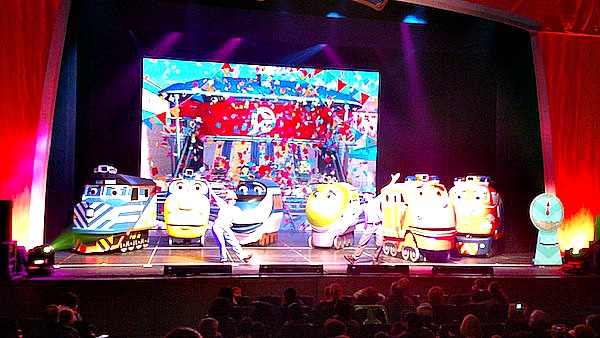 My youngest son absolutely loved the show and I loved watching him. His eyes never once left the stage. At times he sang along. Check it out.

We had so much fun at the @LifelikeTouring #Chuggington Live show at @NJPAC!

If you have a little Chuggington fan this show is a must see! The CHUGGINGTON LIVE! The Great Rescue Adventure tour just got underway, with it’s debut being here in New Jersey. The show will be stopping in numerous cities throughout North America, including Pittsburgh, Detroit, Chicago, Fort Lauderdale, Orlando, Austin, and New York City, among others, with a full tour schedule to be announced soon. Check the website to find the show nearest your area.

Here’s a brief video about the show.

Cate & Chloe VIP Jewelry Membership 30% Off Coupon For February Only

I like your statement, “The locomotives must all work together, using teamwork, good sense and encouragement, to get things done safely.” It is the message children’s shows should send out–not disrespect, violence, and similar neggies.

Oh my goodness! This looks like such a fun show! I had no idea they had live Chuggington shows but know that I know, I have to find one near me for my little guy!

That looks like a really cute show. The locomotives look great!

Please look at how much fun your son is having!! And he’s sporting a Giants jersey – ‘Atta boy!!!

Oh my kids would love this! They are big fans of Chuggington!

My girls are a little older now, but when they were younger they loved going to productions like this!