Blinded by the Light Arrives on Blu-ray and DVD 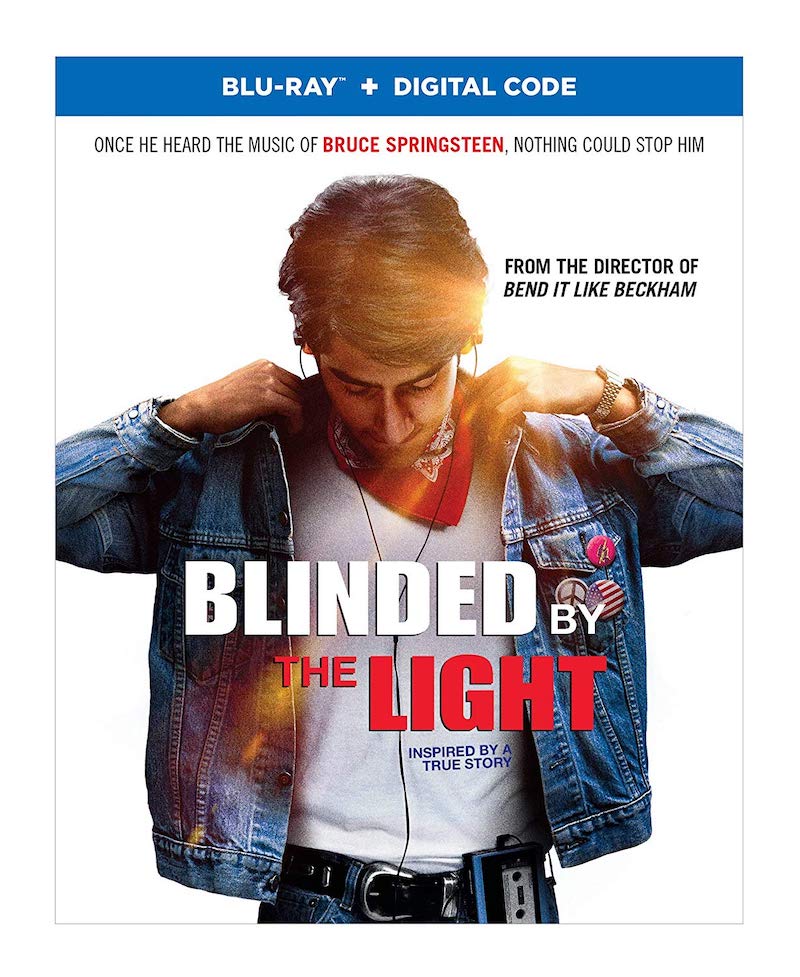 Growing up at the Jersey shore familiarizes you with many things, one of which is the music of “The Boss”, Bruce Springsteen. Growing up with my Mom also familiarized me with many things, one of which was the song “Blinded by the Light” as performed by Manfred Mann. That song was a cover, the original by Bruce Springsteen. Springsteen’s songs were anthemic for a whole generation here, it always seemed everyone had at least one favorite that had special meaning. The music of Bruce Springsteen has inspired people for years, and now has become the soundtrack for a movie.

From writer-director-producer Gurinder Chadha (“Bend It Like Beckham”) comes the inspirational drama “Blinded by the Light,” set to the music and lyrics of Bruce Springsteen’s timeless songs, a joyful story of courage, love, hope, family and the unique ability of music to lift the human spirit.

Blinded By The Light

The film tells the story of Javed (Viveik Kalra), a British teen of Pakistani descent growing up in the town of Luton, England, in 1987. Amidst the racial and economic turmoil of the times, he writes poetry as a means to escape the intolerance of his hometown and the inflexibility of his traditional father (Kulvinder Ghir). But when a classmate (Aaron Phagura) introduces him to the music of Bruce Springsteen, Javed sees parallels to his working-class life in the powerful lyrics. As Javed discovers a cathartic outlet for his own pent-up dreams, he also begins to find the courage to express himself in his own unique voice.

Inspired by a true story, based on Sarfraz Manzoor’s acclaimed memoir “Greetings from Bury Park: Race, Religion and Rock N’ Roll,” “Blinded by the Light” was directed by Chadha from a screenplay written by Manzoor, Chadha and Paul Mayeda Berges (“Bend It Like Beckham”). “Blinded by the Light” stars Viveik Kalra (TV’s “Next of Kin”), Kulvinder Ghir (“Bend It Like Beckham”), Meera Ganatra (“Three Dots and a Dash,” “PREMature”), Nell Williams (TV’s “Game of Thrones,” “The Audience”), Aaron Phagura (TV’s “Informer,” TV’s “Doctor Who”), Hayley Atwell (“Captain America: The First Avenger,” “The Duchess”) and Dean-Charles Chapman (TV’s “Game of Thrones,” “Man Up”).

The story is underscored by the music and poetic lyrics of Springsteen, who gave Chadha his blessing from the film’s inception.

“Blinded By The Light” is available to purchase on Blu-ray and DVD, on Movies Anywhere and from digital retailers.

“Blinded By The Light” Blu-ray contains the following special features:

· The Most Crazy Thing

“Blinded By The Light” DVD contains the following special feature: